Alexandria invests $100M for affordable housing ahead of Amazon HQ2

The city hopes to preserve and build affordable housing, but advocates say the plan isn't enough 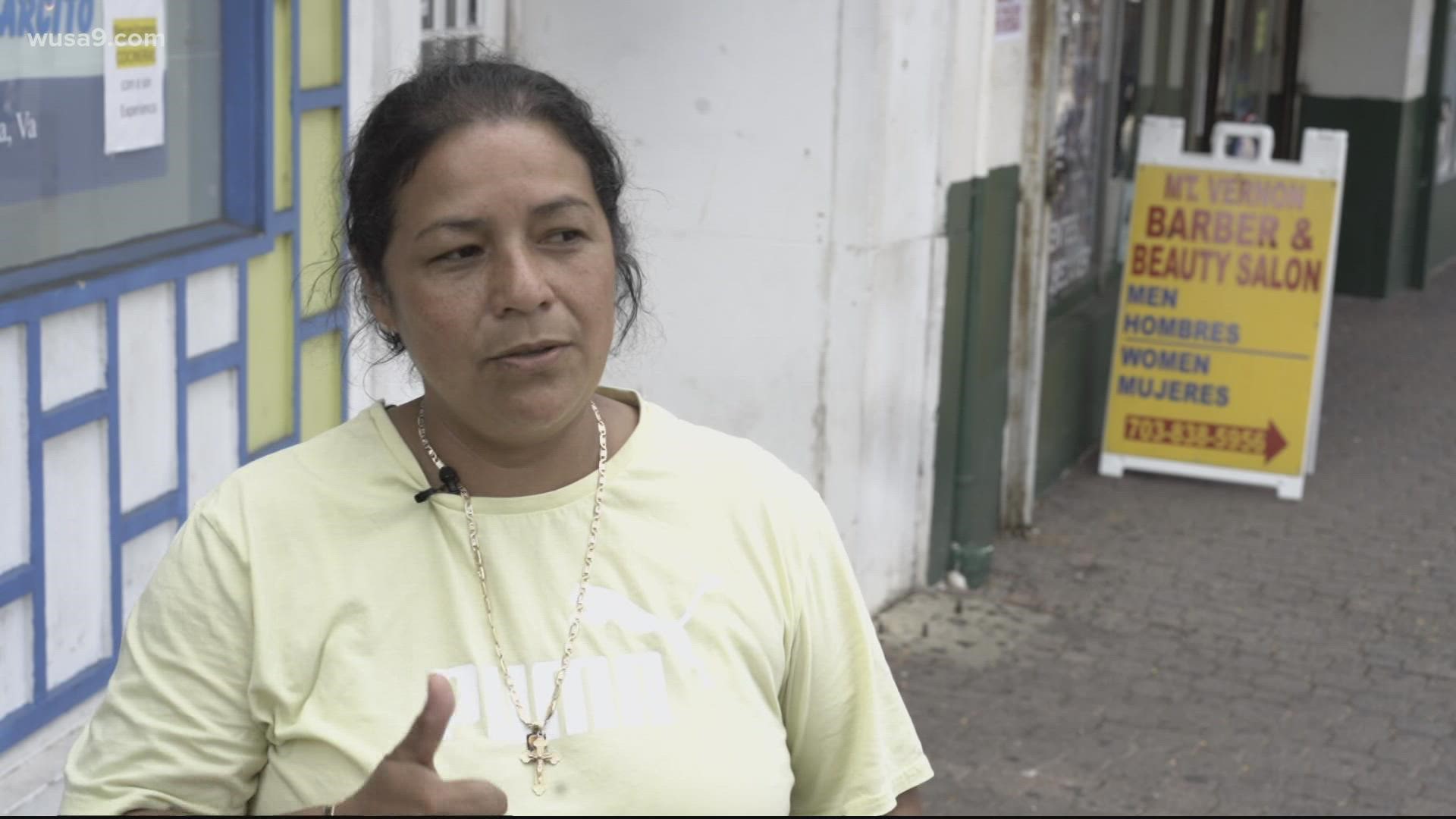 ALEXANDRIA, Va. — Amazon’s new headquarters in Crystal City, Va. is years away, but the area is already feeling the effects: Both good and bad. More than 3,000 people have already been hired. That’s also around the same amount of people who live nearby and fear rising rents could force them out of their homes. Elsie Portillo is one of them. She sells her own brand of street fare on a strip of Mount Vernon Avenue in Arlandria, but the locals call their community Chirilagua after a town in El Salvador.

The immigrant community of low-wage workers sits in the shadow of what is soon to be Amazon’s HQ2 and fear of the tech giant looms large.

“It’s going to affect our community because everything is going to get more expensive and the rent is going up,” said Maria Cabrera, “We’re still earning the same income while others are earning more. We can’t live on the same salary with a family of four. The minimum wage is already low, and this is making it worse.”

In May, Virginia increased its minimum wage to $9.50 an hour, but it is still the lowest in the region and while state leaders plan to raise the minimum to $15, that is still five years away, according to the Washington Post.

“Among the reasons we have a housing crisis is because wages have not kept up with the cost of housing,” said Helen McIlvaine, the Director of Housing for the city of Alexandria. McIlvaine said the city hopes to inject $100 million to preserve and build more affordable housing for the residents of Arlandria.

“What can we do now to make sure that there are both resources in place and parameters to guide what that future development will be like and to get as much affordable housing as we can,” she explained.

Alexandria is currently planning to build 480 affordable units in the next three years on the site of the old Safeway on West Glebe Road. Twenty-five percent of the units would be deemed “deeply affordable.” That means they’d be set aside for families making 40% of the area median income. According to the Alexandria Housing Development Corporation, that’s just over $50,000 for a family of four.

Advocates said that the rate is still not deep enough for families in Chirilagua, some of who are making below minimum wage. But, McIlvaine said offering cheaper housing for lower-income would not be cost-effective.

“The challenge, at 40% of the area median income, the unit may actually provide enough money for it to be operated, “explained McIlvaine, “But at 30%, the rent isn't enough even to fully operate the unit or contribute to the debt incurred in building the development.”

“Their plan that they have in place is no different than what they have done in the rest of the city and we can look at what happened to people of color, working-class, those families who earned the minimum wage,” said Evelin Urrutia Executive Director of Tenant and Workers United, “They have been pushed out of the city!”

The advocacy group, TWU, is negotiating with the city to press pause and develop a stronger plan that meets the needs of the area’s low-wage workers.

“Implementing policies that really reflect what the city is saying on paper,” explained Urrutia.

Residents who have been hearing these talks for two years now are skeptical.

"They’re just giving us a piece of candy and telling us to relax,” said Maria Cabrera.