The inappropriate interaction occurred during a Monday football game against James. W. Robinson Jr., according to an FCPS spokesperson. 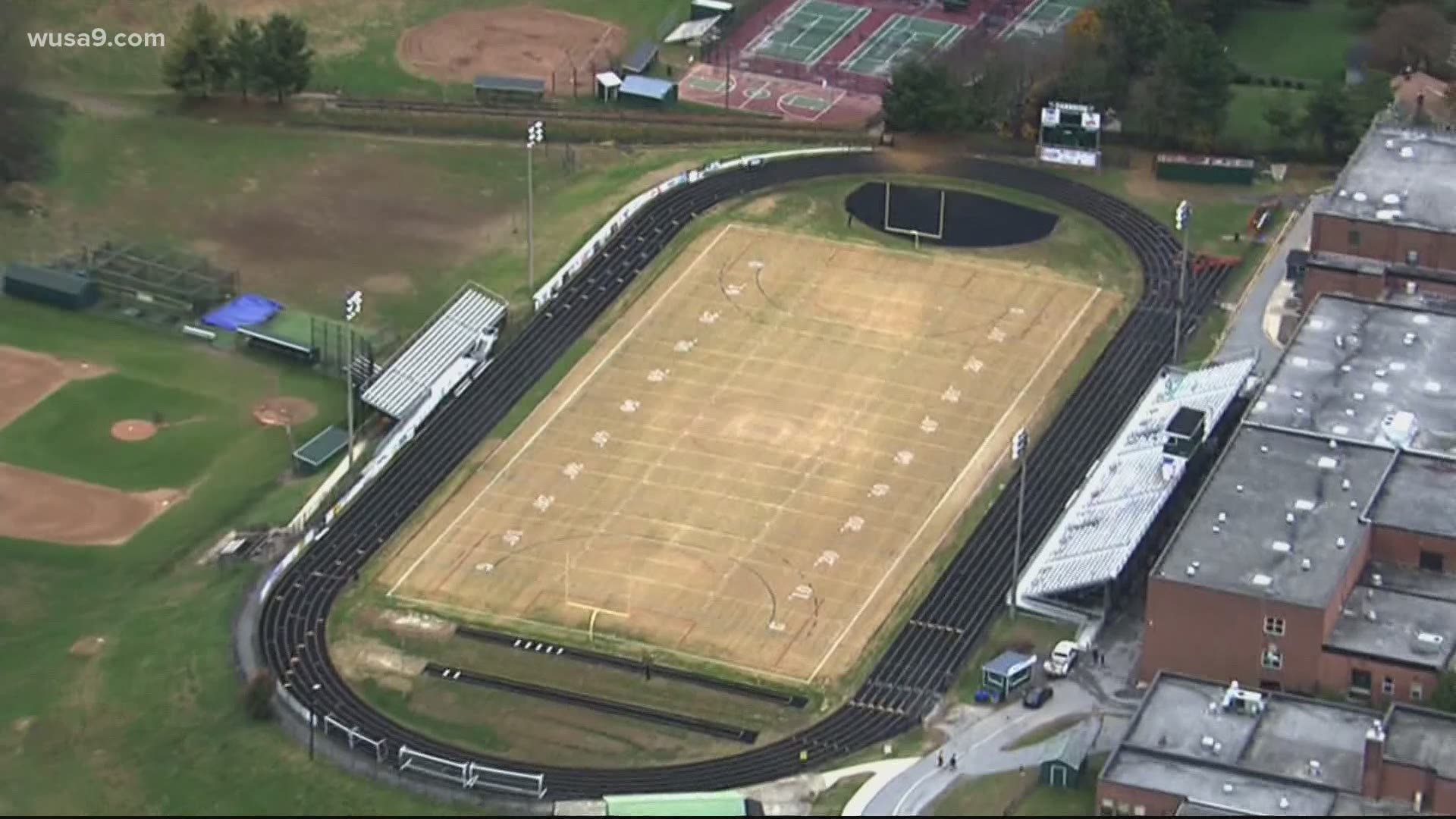 Alexandria City Public Schools issued a statement that said they are taking the matter seriously and talking with students and coaches who were involved and witnessed the incident.

"Specifically, we were collecting information and statements to learn more about what happened regarding the allegations that one of our students was spat on during the game and called a racial slur,” a statement from T.C. Williams High School Principal Peter Balas said to parents and staff. “Please rest assured that we will continue to work with our staff and students regarding this situation and that we will make sure our students are supported and protected.”

FCPS issued a statement Wednesday that said it is aware of a number of allegations regarding the use of racially charged language and racial slurs in the past few weeks.

The district statement said it embraces diversity and condemns hate speech and racial intolerance of any kind on or off school premises. It also said the district will hold anyone found to have used such language while representing any of its schools accountable for their actions.

“FCPS will investigate any incidents thoroughly and will be taking swift and appropriate action if deemed necessary,” the statement read in part. “Per Virginia High School League (VHSL) rules, players heard using such language will be ejected and suspended for additional game(s). Unsportsmanlike conduct will result in an immediate review of the game by officials and coaches.”

A spokesperson told WUSA9 that they cannot speak to individual student situations of who is being investigated and what their repercussions could be.

A VHSL spokesperson said Wednesday they had not received a report regarding racial slurs and spitting at a recent game from any high school in Northern Virginia.

There was a similar incident in March on VHSL's radar where players for Marshall High School, an FCPS school, spoke racial slurs to players on Wakefield High School’s team and spit at them.

Monique Bryant’s son was on the Wakefield team and organized a petition, #playfairnow, that specifies racism will not be tolerated. The petition also reads the issue of racism and bigotry is bigger than the game of football, and it aims to shine a light on the continuing culture of tolerance for unjust practices in sports, schools, and society.

“People are saying thank you for lifting your voice, thank you for saying something, we’ve said things and we felt unheard,” Bryant said. “To know that children have been fighting these battles and they didn't feel as though their voice mattered is unbelievable. It’s unacceptable”

Bryant said she has been speaking with state officials about possible legislation to stop racist incidents during athletic events.

“I just keep wondering, will it ever stop,” Bryant said. “I never thought that our children would be fighting the same battles that my parents fought, and my grandparents fought.”