Arkan Noori's uncle was killed by the Taliban, injured in two suicide bombings and escaped to the U.S. 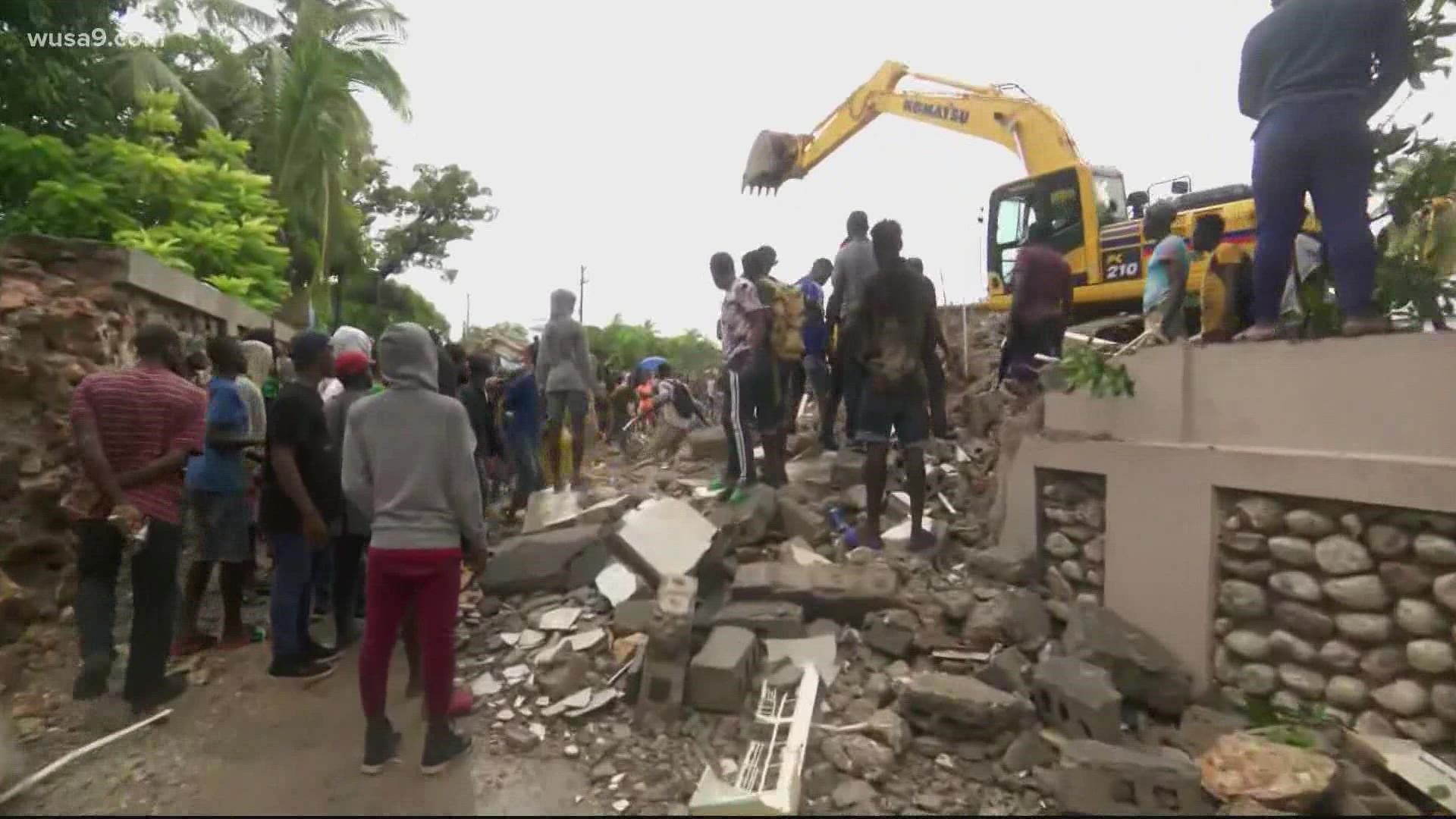 FAIRFAX, Va. — Living in Fairfax, Virginia, Arkan Noori* is nearly 7,000 miles away from his family in Afghanistan. Yet, he says he feels closer to him than ever before, despite their uncertain future.

The 30-year-old father, who moved to Virginia in 2016, has been under constant worry as he encourages his family in Kabul to continually switch locations since the Taliban swiftly took over Afghanistan.

Pictures Noori obtained from his sister showed bullet holes and damage to a bedroom he used to sleep in growing up in the Middle East. He claimed the Taliban shot the fourth floor of the building when they successfully occupied the capital on Sunday. In one image, his young niece could be seen covering her ears when gunshots erupted.

Noori does not know the exact motive behind the shooting but fears it could be revenge for the years of work he and his father contributed to the U.S. government as interpreters.

"I don't have the words to put together to express and explain how much stressful life is," Noori said. "It's like somebody tying you to the pole and letting you watch your family being tortured. It's the same experience for me."

Noori worked alongside the Department of Defense for three years. He applied for the Special Immigrant Visa (SIV) in 2015 and completed the process after 17 months. It was eight years for his father who has been waiting for his visa after six years. A key piece of the document still needs a signature from a supervisor he cannot track.

Noori understands he was lucky to land in the U.S. five years ago. The typical length to obtain an SIV, which provides protection to Afghan allies who risked their lives assisting U.S. troops, can take close to three years. The process could now take even longer as more people apply for the special visa.

"We were just working for our country and helping the U.S. government bring democracy in Afghanistan," Noori said. "I was the lucky one because my supervisor was so active and provided the documents on time, but it still took 17 months."

With only two bags, his wife and son, Noori established a life in Virginia with the help of his supervisor and the resettlement benefits provided by the SIV program. He became a job and employment specialist for the Lutheran Social Services of the National Capital Area (LSSNCA) by 2019 as a way to use his skills in interpreting and helping fellow allies who were in his position.

"I thought this was the best way to serve my nation and serve those people who were working with us in Afghanistan and who had the same goal to build Afghanistan," Noori said.

His workload is increasing as U.S. troops maintain security at the airport in Kabul and evacuate American citizens, Afghan allies and other vulnerable residents. Many of the allies are being flown to Virginia and are expected to find a new home in the D.C. region.

Noori has personally helped more than 80 people within the last four months since President Joe Biden announced to pull troops out by September. He said he only hopes the U.S. military will stick around to secure the airport until everyone is evacuated.

A bipartisan letter from members of Congress on Tuesday urged the Biden administration to hold the airport for as long as possible to achieve evacuating all of the allies and vulnerable Afghans from Kabul.

President Biden has said we will evacuate our allies and vulnerable Afghans from Kabul. I led another bipartisan letter w/@RepJasonCrow today, urging Biden to commit to holding the airport for as long as it takes to achieve that, regardless of any past self-imposed deadlines. pic.twitter.com/20VaH1gcHk

The president defended his decision to remove U.S. troops to end the 20-year war but he was criticized for how it was conducted.

"I stand squarely behind my decision," Biden said in his briefing on Monday.

His remarks came after a chaotic day at the Kabul airport as flights were halted.

"A sudden withdrawal was not appropriate for the situation because they knew that people are waiting there," Noori said.

His days in Virginia are a long cry from his time in Kabul where he suffered injuries from debris and blown-out gas by two different suicide bombings while attending school. His own uncle was shot and killed by the Taliban for being an ally to U.S. forces.

Despite the Taliban claiming they will honor women's rights, there is serious doubt among many Afghans that will happen.

"I got injured many times when I was in school, they killed my family member, they were the cause of all these bombings and killings, so how would I believe these people again?" he questioned. "They proved who they are and they will prove again it's who they are and I can't believe them at all."

There are resettlement agencies like LSSNCA helping the allies, many of whom are arriving through Fort Lee or to Dulles International Airport. To learn how to help, click on the link.

*Arkan Noori is not his given name, but the name he's using to help conceal his real identity out of fear for his loved ones' safety back home in Kabul.

RELATED: How veterans who feel distressed by chaos in Afghanistan can seek help