Refugees flown into Dulles are being temporarily housed at the nearby Expo Center. A warehouse across the street is collecting donations for them. 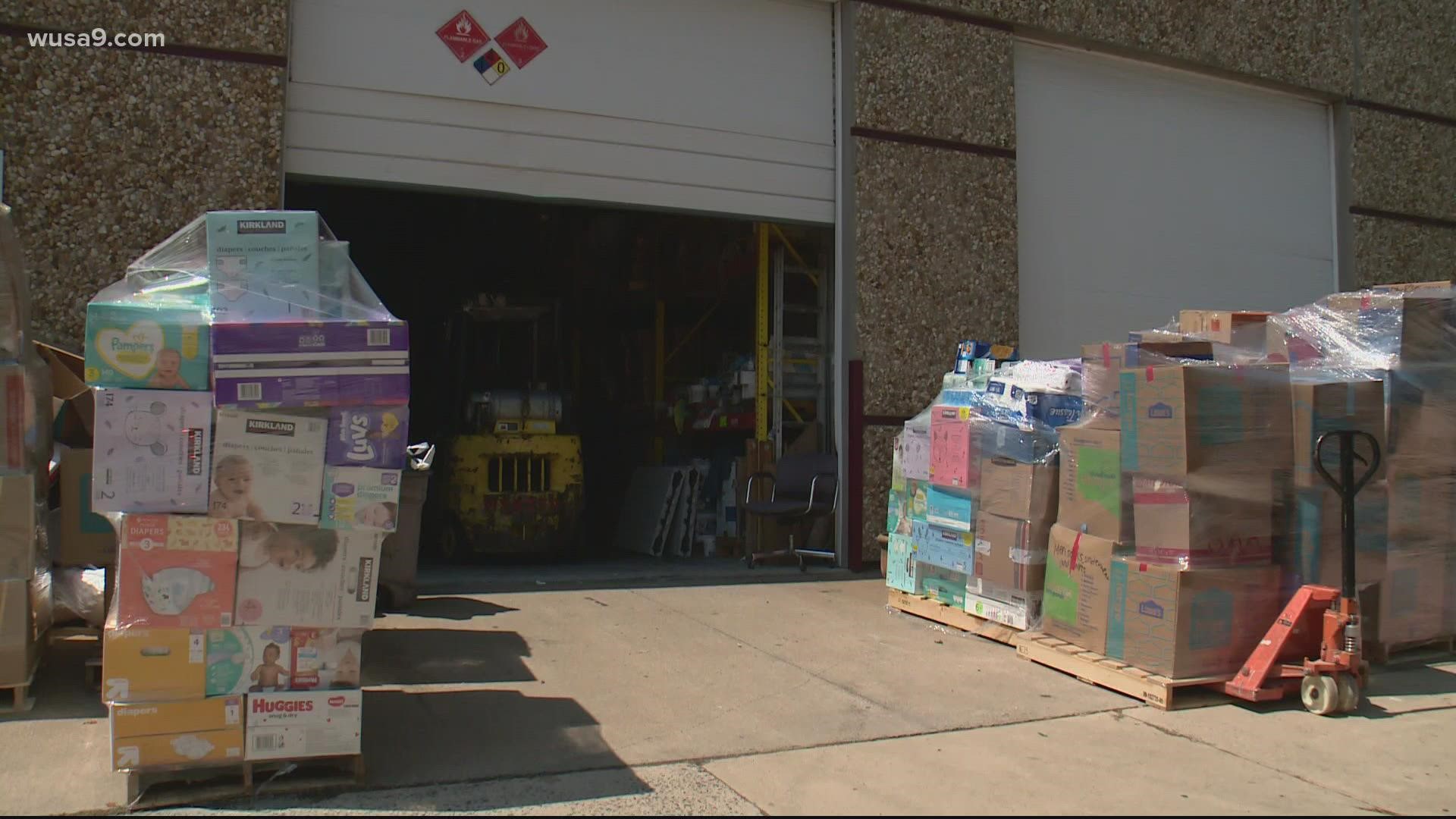 CHANTILLY, Va. — As hundreds of Afghan refugees arrive at the Dulles Expo Center, they need supplies and support -- and the northern Virginia community is stepping up to provide them.

Jahn Wahidi owns a flooring company across the street from the center and immediately opened his warehouse to donations when he heard evacuees would be funneled through Chantilly.

"These people are coming in with one or two pairs [of clothes,] " Wahidi said. "The other day I was inside [the expo center.] I had a little kid, probably 10-11 years old with a little kid on his shoulder … and he's like uncle, could you find something for my baby sister? She has only one pair. And she stinks. I need to change her.”

Wahidi fled Afghanistan in 1984 as a refugee during the Soviet-Afghan War, so he knows the process in the U.S. and how these refugees are feeling.

When he volunteered his warehouse, others in the Afghan American community stepped up to help.

"Everybody's trying to do a little bit to play their part," Nahida Sultani said.

The last few nights, they said 40 to 50 people from all walks of life had joined in their efforts to collect and sort donations.

Now, they have stacks of hygiene products, toys, diapers, clothes, and more.

We’re at a warehouse across the street from the Dulles Expo Center, where Afghan refugees are being held temporarily & processed.

Volunteers—many Afghan Americans — have collected all of these supplies for them. @wusa9 #Afganistan pic.twitter.com/BJNbeqM628

Wahidi said they are hoping to deliver the supplies across the street to the center, but the State Department has yet to give them permission.

"We can organize it, put it down, have good volunteers to go...but we just need that help from the government to let us know where to go inside the Expo," he said.

He said their team is still communicating with the State Department in the hopes of finally getting permission to help.

As they work to offer support for Afghans arriving here, many of the volunteers worry about their families still in Afghanistan.

“I have a few family members that used to be working with the Americans. So right now they're hiding for their lives," Sultani said.

She said much of her family is in the north, fighting to prevent the Taliban from taking over.

On a call with family today, Sultani said they told her the Taliban are killing women and children. She blames the president of Afghanistan for his lack of leadership and President Biden for his decisions that have led to this point.

For now, Wahidi is asking people who want to donate to hold off. If they receive permission from the government to drop off donations at the expo center, WUSA9 will update this story with a list of requested items.