Fentanyl has been linked to 2 overdose deaths in Virginia. Now, police are investigating

Arlington County Police say the county is on track to surpass 2020's record high of fatal opioid overdoses this year. 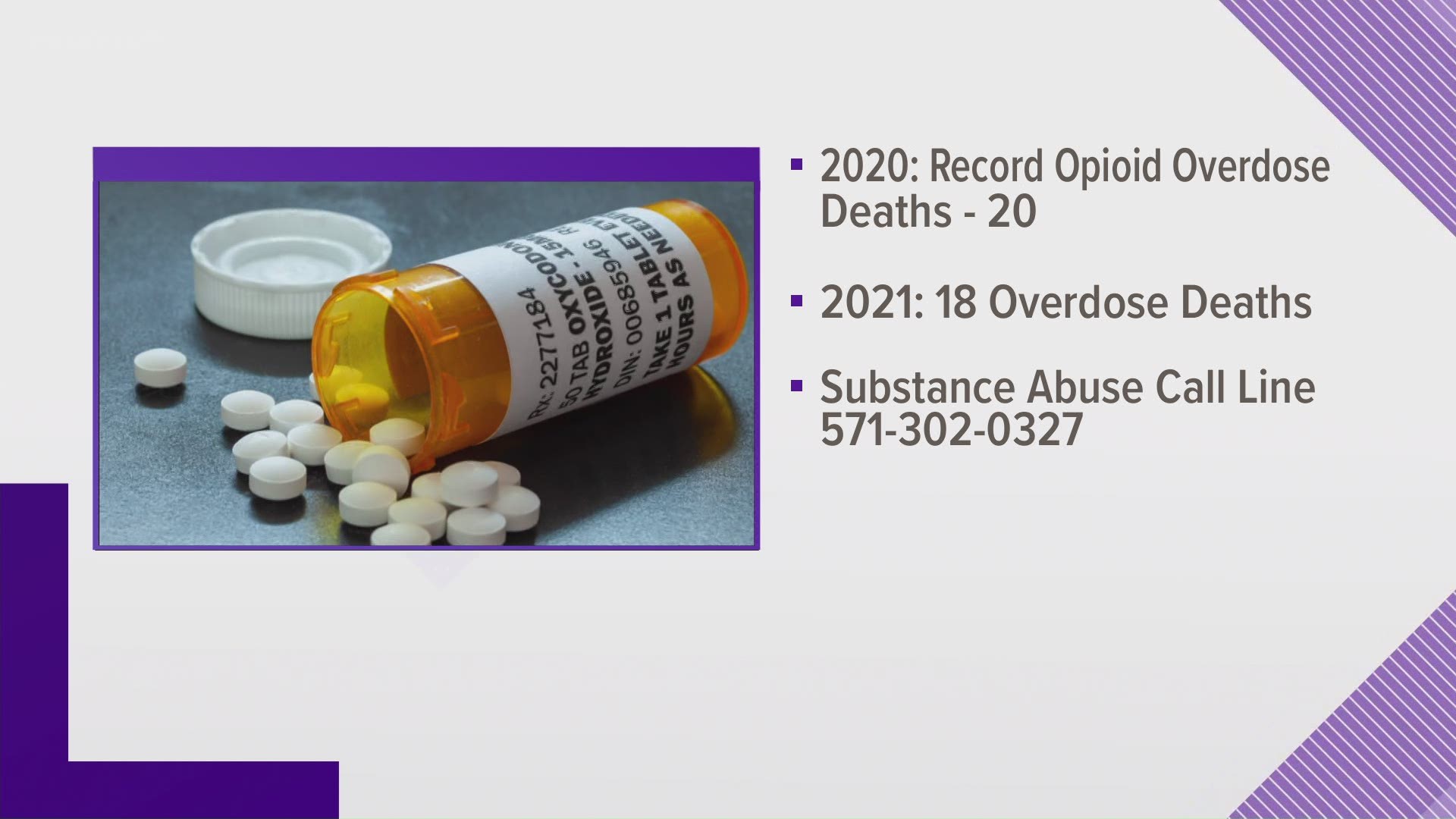 ARLINGTON, Va. — Two people are dead after overdosing on fentanyl-laced drugs in Arlington, Virginia Sunday, according to local authorities. Now, police are investigating the incident and asking people to be on the lookout for the dangerous substance.

Arlington County Police Department reported three overdoses on Sunday that turned into two deaths and one person in critical condition.

Police believe that the overdoses all involve heroin and prescription painkillers laced with fentanyl.

Debbie Evans, who lives in Woodbridge, lost her 34-year-old son Jamie to fentanyl last March. She said he became addicted to painkillers when he was 16 after surviving a shooting.

She said he struggled with drugs like heroin on and off for years and seemed happy with a new job right before he overdosed. She said the last she saw him, he was meeting up with a childhood friend.

Authorities are now taking steps to warn residents due to the severity of these recent cases. They are urging people who are or know people battling addiction or opioid use to protect themselves and others.

The DMV region is seeing a concerning trend...more fentanyl in the area and more overdoses.@ArlingtonVaPD is investigating 3 from Sunday -- 2 were fatal. Now, they're outpacing last year's record overdose high.

They're working to prevent more stories like Debbie's. @wusa9 pic.twitter.com/u8mq4eeHte

“When you add fentanyl, that changes everything," Patricia Drewes said. "That changes all chances.”

“So we are on pace to supersede what we saw in 2020," Savage said. "And that's why we're working closely with the Department of Human Services, we know that we're not going to simply enforce our way out of this crisis, and that we have to work together for treatment options.”

The Department of Human Services has a call line where people struggling with substance abuse can talk to others going through the same thing. The number is 571-302-0327.

“Addiction doesn't discriminate, right, it impacts folks of all ages, all races, ethnicities, all socioeconomic statuses," Opioid Response Coordinator, Emily Siqveland said. "And then the other, you know, really important thing is to remember to practice harm reduction, carry Narcan. If you have access to the fentanyl test strips, through the Chris Atwood Foundation, you can test your drug before you use it to make sure there's not fentanyl in it.”

Drewes said the best advice she can give fellow parents whose children are struggling with substance abuse is to not give up.

“A lot of it has to do with mental health, most of its mental health. My child she suffered from depression and anxiety. This is a way I guess of self medicating," she said. "Don't ever give up. Tell them that you love them every single day...tell them that life is so worth living.”

Here are some resources provided by Arlington County Police Department:

This is a dangerous and potentially life-threatening situation. If you observe someone experiencing the following overdose symptoms, call 9-1-1 immediately:

Arlington County first responders have administered Nasal Naloxone (also known as Narcan®), a safe and effective medication that can reverse an overdose from prescription painkillers or heroin, 31 times in 2021. Narcan is available over the counter without a prescription. Arlingtonians can request free Narcan and REVIVE (Narcan) training by emailing the Department of Human Services.

If you or someone you know is struggling with addiction, there are numerous treatment resources available in Arlington and through the Department of Human Services. Community members are also encouraged to prevent medication misuse or overdose by safely disposing of unused, unwanted or expired prescription medication in one of Arlington’s four permanent drug take-back boxes or by requesting a free deactivation bag.