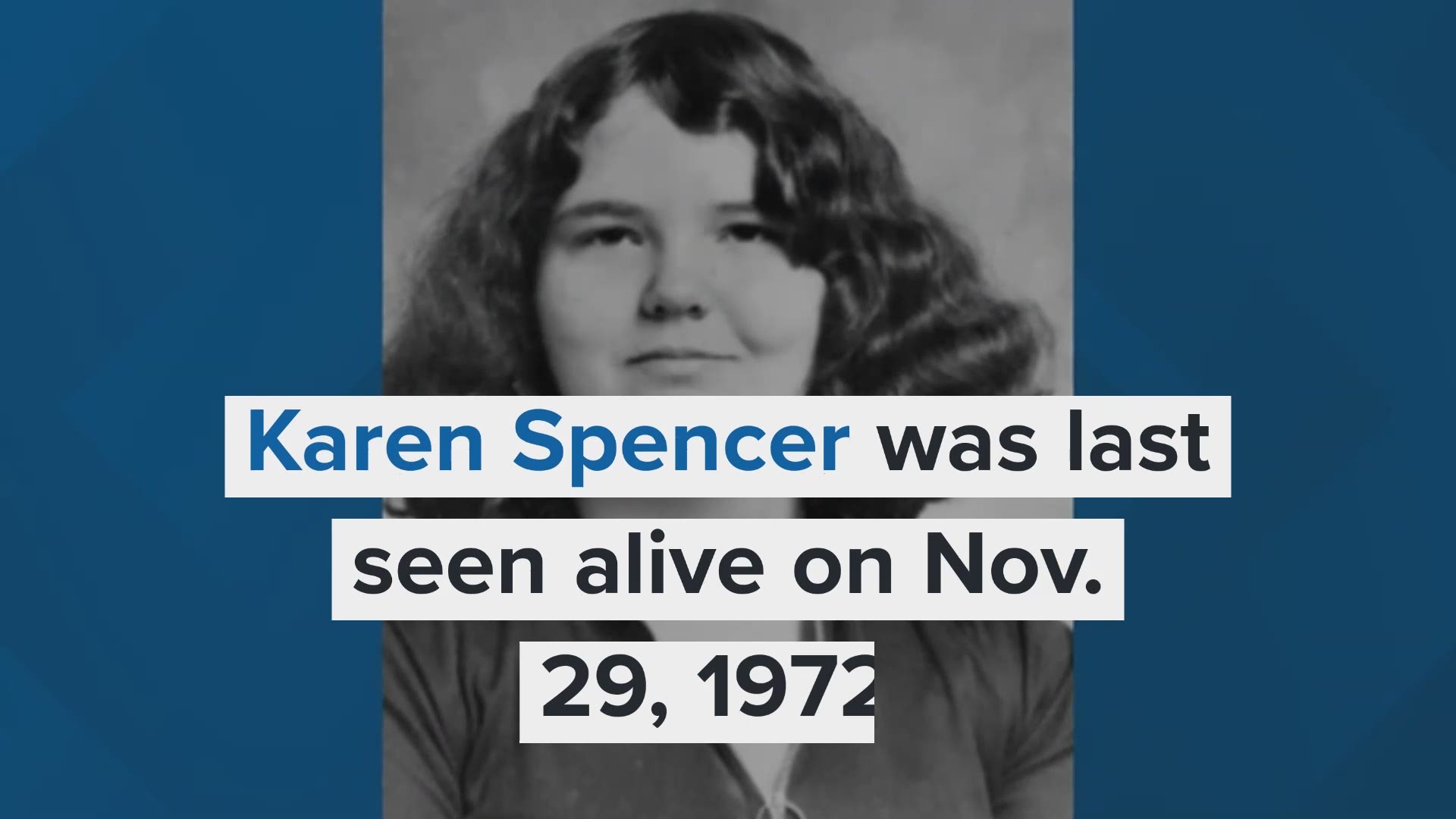 FAIRFAX, Va. — The cold case of a 12-year-old girl who was killed nearly 50 years ago has been solved, authorities said.

Karen Spencer was last seen alive on Nov. 29, 1972. Her body was discovered a few days later in a wooded area of Fairfax County near what is now the Huntington Metro Station. An autopsy showed Karen died from repeated blunt force trauma to the upper body.

In the years following the murder, several persons of interest were identified, including a man some believed was Karen's boyfriend, James “Jimmy” Edwards. He was 16-years-old at the time of the killing. He denied involvement and later died on August 23, 1997.

In the summer of 2018, police said two acquaintances of Jimmy's told detectives that in the '90s Jimmy confided in them he killed a girl and buried her in a field when he was a teenager.

Over the next year and a half, detectives got additional tips that supported the information, and previous investigative findings implicated Edwards.

In December 2019, the Fairfax County Office of the Commonwealth’s Attorney determined that sufficient evidence would have existed to support the arrest and prosecution of Edwards.

"For nearly five decades, Major Crimes detectives remained steadfast in their pursuit of justice for 12-year-old Karen Lee Spencer and her family," said Maj. Ed O’Carroll, Bureau Commander for Major Crimes. "I am proud of the work of Detective Flanagan and all detectives who contributed to the closure of this case. The fact that they never gave up combined with our community’s willingness to come forward with information were critical in solving this case."

RELATED: Violent end to the nearly 30-year hunt for a killer caught on video