Doris Woodring is a Northern Virginia Senior Olympic three-time champion and has no plans to stop anytime soon. 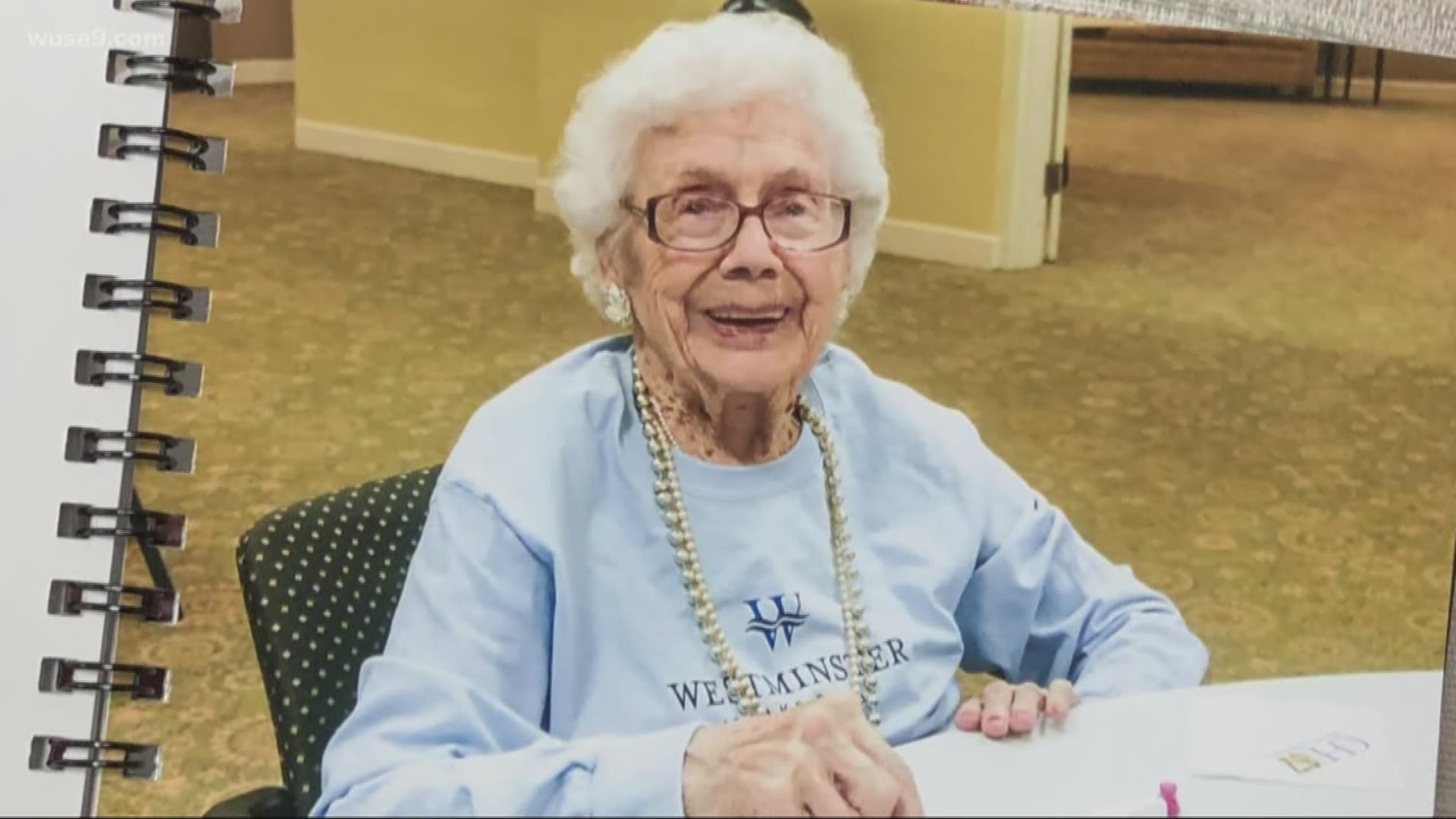 LAKE RIDGE, Va. — When you walk into Doris Woodring’s apartment at her Lake Ridge senior living facility, it’s clear by the pictures and declarations on her walls that she has had a full 109 years of life.

When asked how she's made it to 109, she chuckled.

“Having a zest for life, I think,” Woodring said. “I don’t want to miss anything.”

The centenarian hasn't slowed down - in fact, she's busier than ever.

She's a fierce competitor among her fellow residents in a game called Mexican Domino. In fact, she's so good, she's gone pro!

Well, to the Northern Virginia Senior Olympics, that is.

“They say they don’t want to have me play with them because I win too much,” Woodring said.

Credit: WUSA
Woodring has won three medals at the senior olympics, something she only got into three years ago.

She has won three medals at the senior Olympics since she started competing three years ago.

“I like to keep busy,” Woodring said. “And I like the company of other people and the competition.”

Credit: WUSA
Doris is a Mexican Dominoes champion, a game played with number dominoes where the object of the game is to make a chain, or a train.

She plans to go for her fourth gold later this year.

“I don’t want to miss anything,” Woodring said.

Looking around Woodring’s room, you can tell that she’s always been that way.

She got married in 1935 and moved from Kansas to Virginia.

Credit: WUSA
Looking around Doris's room, it's evident she's had a lifetime of memories.

Since then, she has been to President Franklin D. Roosevelt’s inauguration, had three daughters, and traveled the country with her late husband.

“We had a motor home and we went every year all around and we really enjoyed that,” Woodring said.

She said she and her husband went to every state in the union.

Credit: WUSA
Doris and her late husband traveled to all 50 states.

She said it’s been quite a life, but it’s not over yet.

She said she is worried her friends and family in the afterlife think she didn't make it to heaven, because she hasn't made it yet. But in the meantime, she's down here, offering advice for you to make it to her age.

“Whatever you do, do it with your best ability and being friendly with everyone and thoughtful of everyone,” Woodring said.

She also wants you to start something new. In her case, it was Mexican Dominoes.

"Go ahead and do it,” Woodring said. “Don't let anybody get ahead of you."

If you are interested in volunteering with the Northern Virginia Senior Olympics, you can find importation on that HERE.