Vietnam veterans honor their fallen one brush at a time

On an early Saturday morning, local Vietnam veterans gathered down at the memorial created in their honor. Together, they washed the Vietnam Wall. 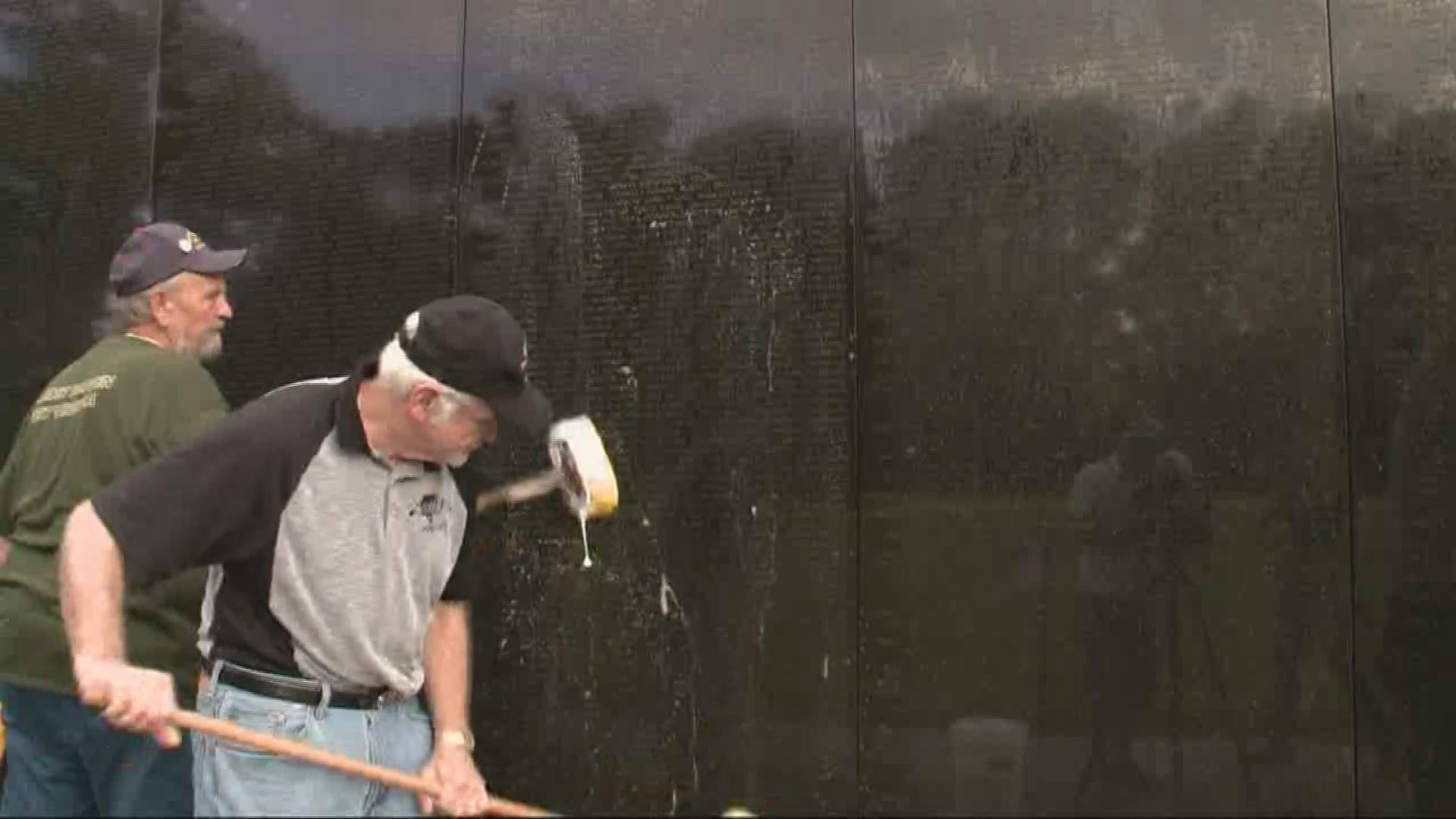 Veteran Dave Simmons of West Virginia served in Vietnam with his Uncle Bob. Simmons came home. His uncle did not.

“I just feel bad that he died and I came home. Sometimes, I think it’s not fair,” said Simmons. His eyes welled up with tears. 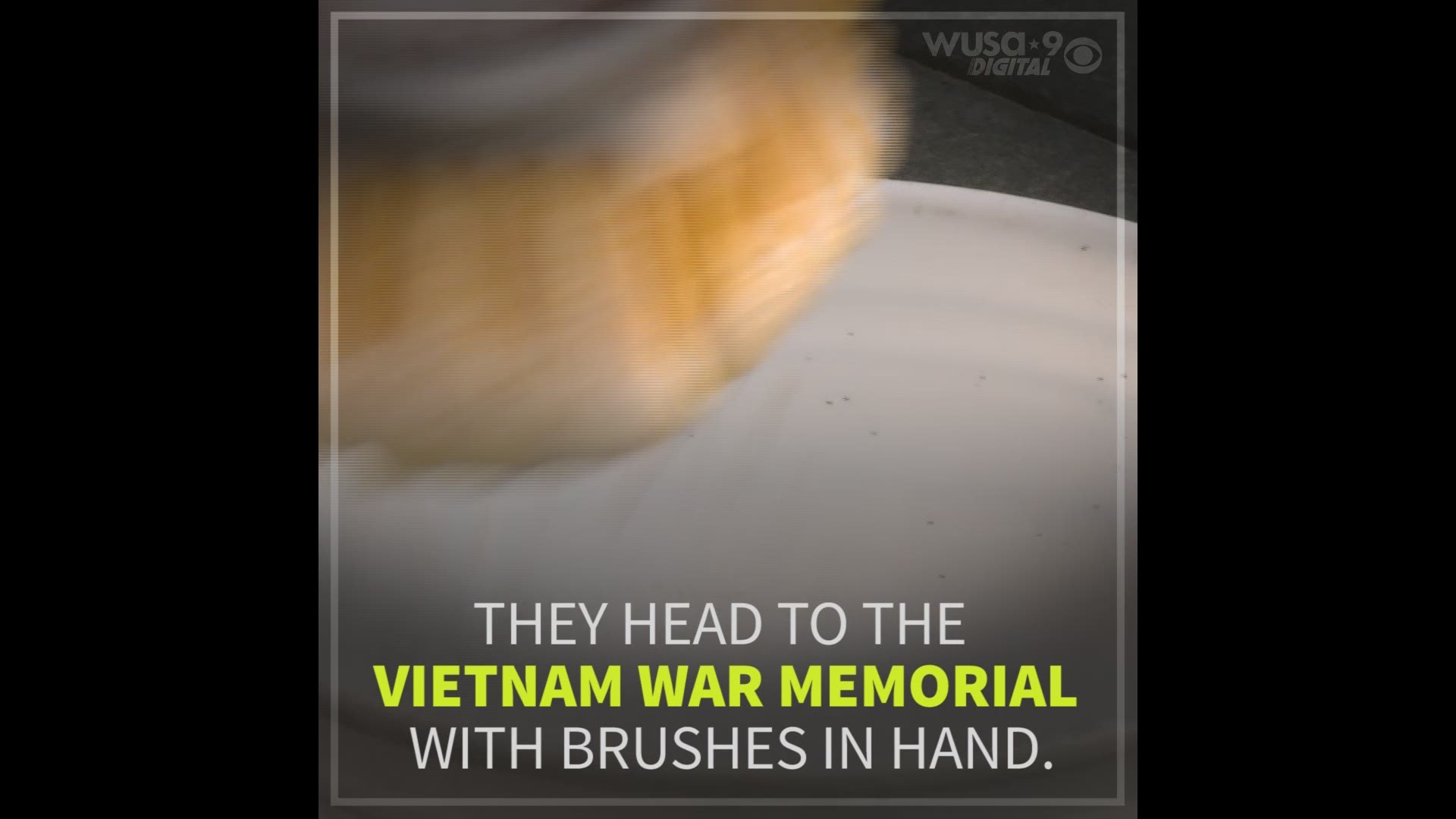 On the first Saturday this month, Simmons and other Vietnam veterans from across our area gathered at the memorial created in their honor. Together, they washed the Vietnam Wall and relived old memories.

“Uncle Bob was unique. When he came home, we’d go hunting and fishing. We’d run over the hills of West Virginia,” Simmons remembered. He scanned the names on the wall and found ‘Robert L. Simmons’ etched in the granite.

The washing of the Vietnam Wall happens every first Saturday of the month from April to October. The next gathering will be 6 a.m. Saturday, 8/5/17. The opening ceremony will begin at 6:30 a.m. Anyone is welcomed to join.

Simmons' fallen uncle is one of 58,318 names on the Vietnam Wall. The youngest American service member killed in action during the Vietnam War was 15-year-old Dan Bullock. He joined the Marines when he was just 14.