Deon Banks described the moment his female cousin entered his home on the 4600 block of Varrelmann Avenue, with a man Banks didn't know in tow.

Once inside, the man pulled out a gun, demanded money and told everyone to get down on the floor, Banks said.

That’s when he poured gasoline on them.

"It was me, my brother, my two cousins and my baby nephew, and he laid us all on top of each other and poured gasoline on us," Banks said.

Banks said his cousin, who was on top of the pile, started moving and the suspect shot him. 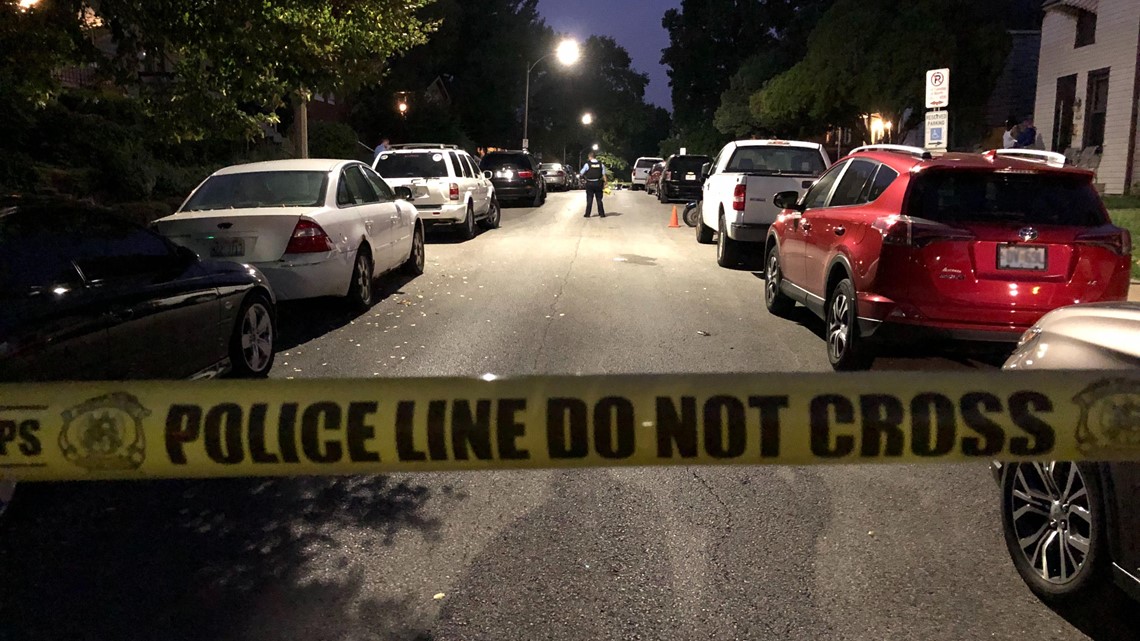 2 men shot in attempted home invasion in Bevo Mill neighborhood
The shooting happened around 5:30 a.m. in the 4600 block of Varrelmann Avenue.

"I got to beating him up," Banks said. "That's how I fractured my hand or whatever. That's when he ran out here. I got to shooting him or whatever."

The suspect ran away and has not been arrested.

Neighbors say they heard the gunfire and saw several bullet holes in cars and homes on the street. Now they're concerned for their safety.

”We put up with a lot of different things, but when you have gunshots close to home it's very scary," Linda Yarnall said. "And we've got new people coming into the neighborhood, we tell them it's a good neighborhood and then this happens.”

Residents are holding their regular monthly neighborhood meeting at 7 p.m. Wednesday at the Miniature Museum of Greater St. Louis at Gravois and Delor. They said because of the shooting they've asked the Police Captain and Alderman to attend.

Police said they’re still investigating. No arrests have been made, and the two victims remain hospitalized.

RELATED: U of Illinois student arrested after noose found in elevator