VERIFY: Who's next in the line of succession for Virginia Governor? Can you be 16th in line?

The line of succession stops 5 layers deep at the Virginia House of Delegates picking a Governor, should the first four picks fail. 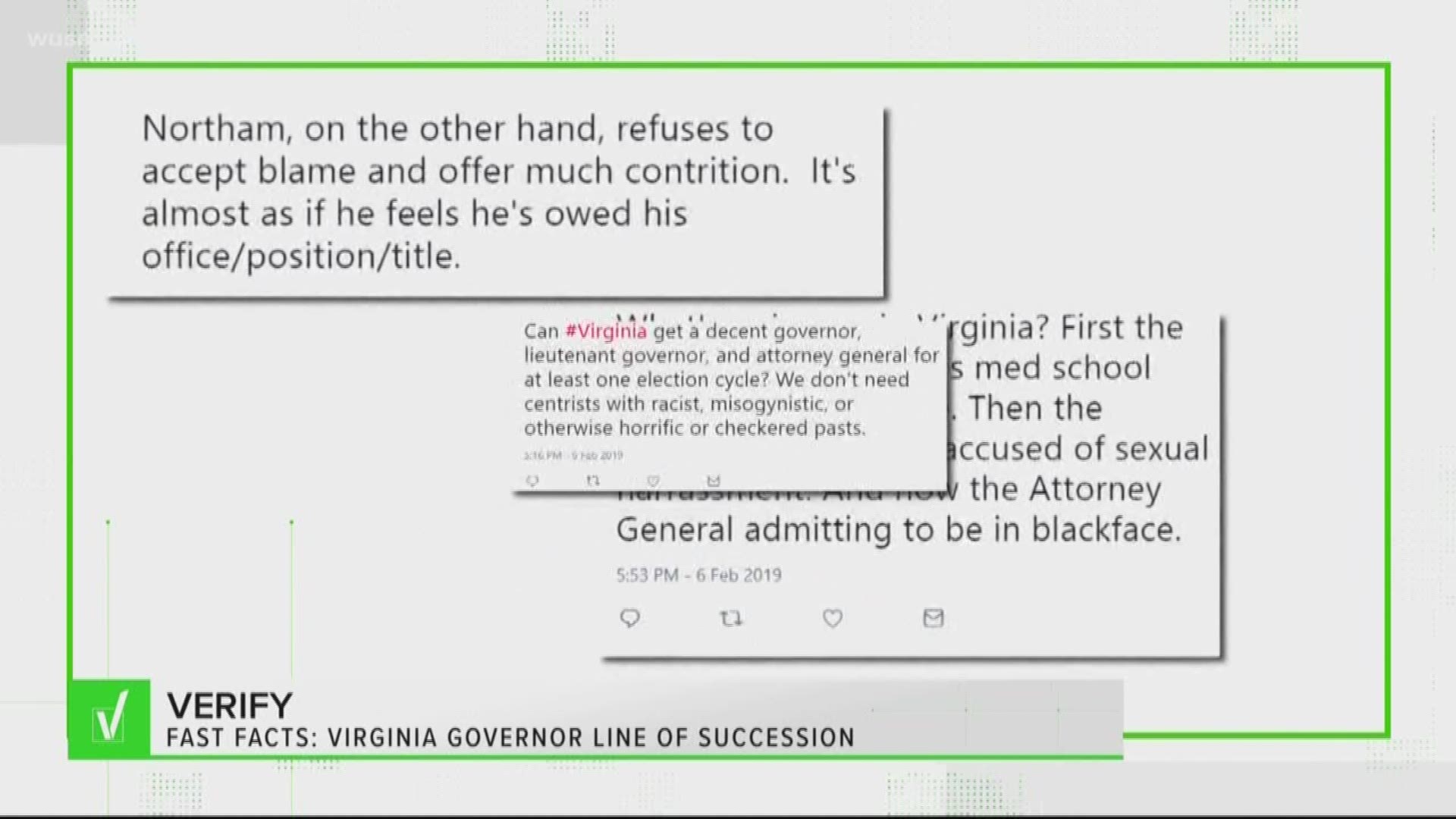 Who's next in the Virginia Governor's line of succession? Can you be 16th in line?

The line of succession stops 5 layers deep at the Virginia House of Delegates picking a Governor, should the first four picks fail.

Lots of angry people online are furious after Virginia Attorney General Mark Herring admitted to wearing blackface during a party in the 80s, four days after advising that Gov. Ralph Northam to resign for doing the exact same thing.

Some people are calling him a hypocrite.

At the same time Lt. Gov. Justin Fairfax is battling his own scandal after being accused of sexually assaulting a woman in 2004.

So where does that leave Virginia?

That means Northam's first, Fairfax second, and Herring third. If the attorney general succeeds that that brings the Speaker of the House, Republican Kirk Cox, up to the plate.

As a safety-net, fifth, and final in line is House of Delegates. It's their responsibility to vote someone to fill the Governor's spot.

So far neither Herring, Northam nor Fairfax has hinted that they might resign.

Cox, who originally called for Northam's resignation issued a statement February 6, saying the last week has been "tumultuous."

"We have weathered the storms of four centuries and will weather this one as well," Cox wrote. "We continue to pray for Virginia during this difficult time.”