Are these videos showing un-meltable snowballs that turn black real? Does it mean the snow is 'fake' as conspiracies suggest? 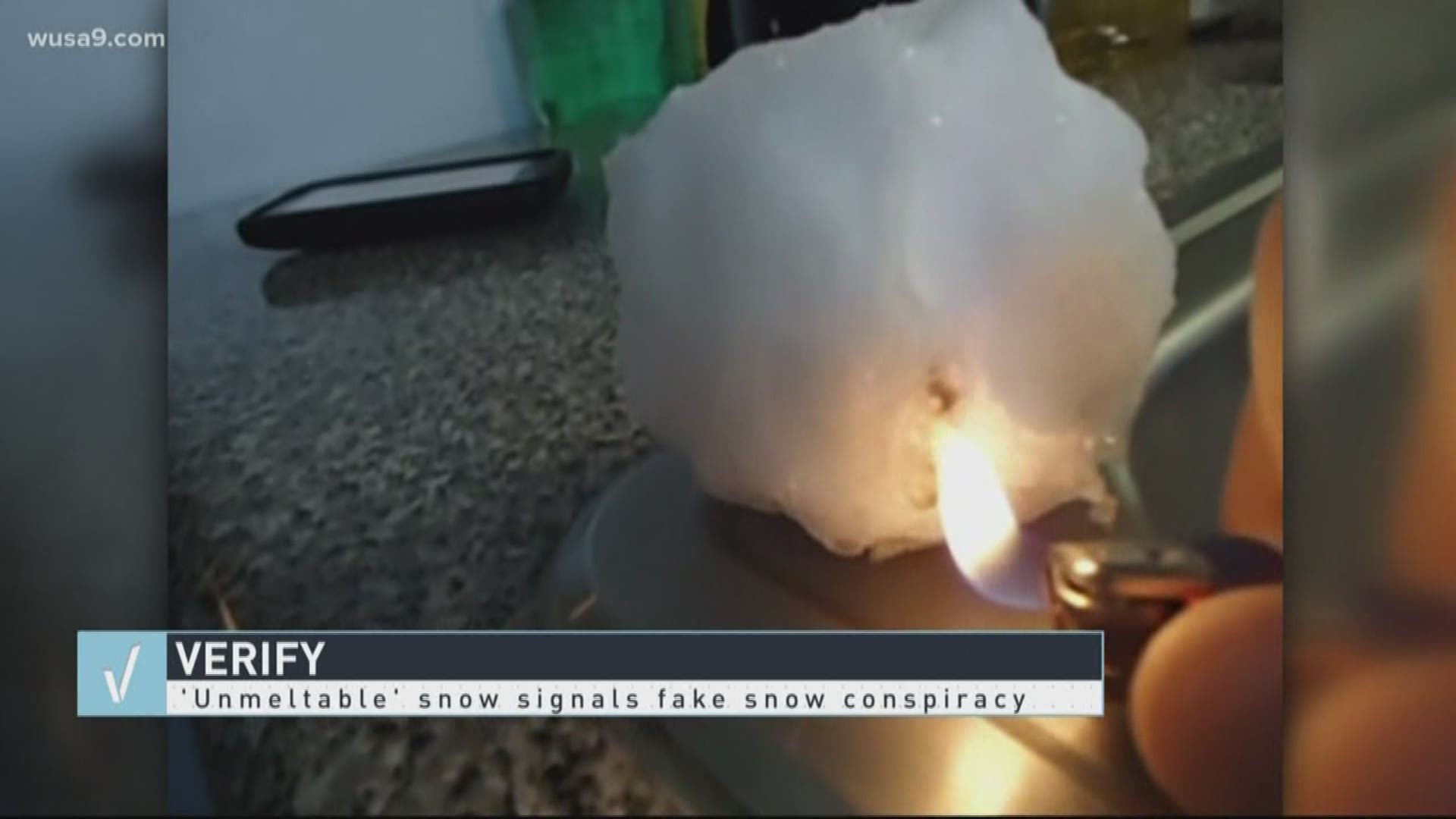 Over a million people on YouTube have viewed videos of people lighting snowballs on fire. Are these videos showing un-meltable snowballs that turn black real? Does it mean the snow is 'fake' as conspiracies suggest?

Yes, they are real videos. No, the phenomena does not mean the snow is manufactured by our government.

A person gathered and pressed, fashioning a mound of snow into a ball. That person clicked a lighter, produced a flame and held it aloft below the snowball. It did not drip, it did not shrink: it scorched black and smelt of burning plastic.

It's unclear who began the craze in 2014, but the "snowball lighter test" has since been replicated dozens of times in videos viewed over a million times, as conspiracy evidence.

Some people believe the government is churning plastic snow on your walkway.

Science writer Phil Plait began his own YouTube trial to find out. Nearly 600,000 people clicked on it.

"The video was actually a spur of the moment idea," Plait told Verify. "I couldn't find anybody else who was debunking it, probably because it was such a ridiculous claim."

Plait explained that solid ice, like icicles, drip constantly; however, snowballs are much more porous and the water molecules are reabsorbed immediately, like a sponge.

Plait set up a time lapse slowly heating up a snowball. The water molecules get reabsorbed until there's no more room left and the water begins to pool out.

"The snowball doesn't drip because the ice crystals in the snowball are loosely packed enough that they suck the melted water into it like a sponge," Jackson said. "If they continued to hold it over the lighter until it became saturated, it would most definitely melt and drip.

Both experts, including our own WUSA9 Meteorologist Howard Bernstein, explain the the "scorch" is soot from burning butane in the lighter. It explains the smell as well.