Verify: Is there a definition for what a school shooting is?

Right after the shooting in Parkland, one statistic was repeated: this was the 18th school shooting this year. But where does that number come from? 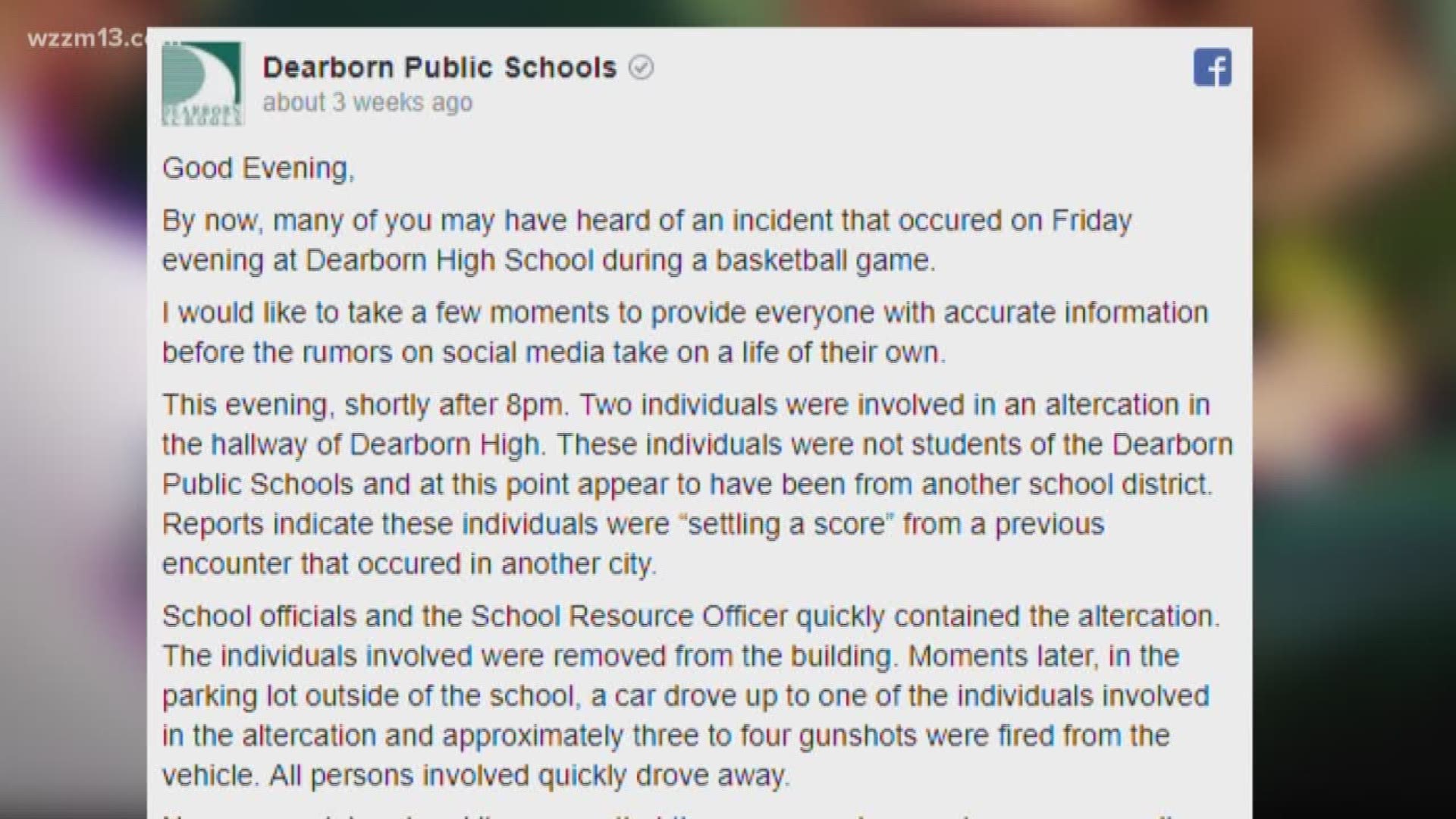 Despite its prevalence, that number is disputed. The Washington Post reported that the statistic came from Everytown Gun Safety, a nonprofit organization that advocates for gun control and against gun violence.

Their list of 2018 school shootings includes accidental discharges and, until recently, an incident in Lansing where a man killed himself in the parking lot of a school that had been closed for seven months.

Everytown defines "school shooting" as "any time a firearm discharges a live round inside a school building or on a school campus or grounds." This is a broad definition that leaves room for a range of incidents to be classified as a school shooting.

Is there a definition for school shooting?

In general, no. There is not one way to classify school shootings.

As evidenced, Everytown has its definition, which leaves us with 17 school shootings so far in 2018 (the Lansing incident was removed).

The CDC doesn't have a definition for school shooting, but they do define school-associated violent deaths (SAVD) as:

A homicide, suicide, or legal intervention in which the fatal injury occurred 1) on the campus of a functioning public or private elementary or secondary school in the United States, 2) while the victim was on the way to or from regular sessions at such a school, or 3) while the victim was attending or traveling to or from an official school-sponsored event. Cases include deaths of students as well as non-students (e.g., faculty, school staff, family members, or community residents)."

A report called the Safe School Initiative, which was published in 2004 by the Secret Service and the Department of Education, defines school shooting this way:

Incidents of "targeted violence" in school settings–school shootings and other school-based attacks where the school was deliberately selected as the location for the attack and was not simply a random site of opportunity.

Generally, the term refers to something more specific: the targeting of students or teachers at a school."

Without having a widely accepted definition of what a school shooting is, there cannot be accurate data on how many school shootings there have been.

This shows how using different parameters for defining a mass shooting can lead to large differences in the data.

Why do we need a definition?

Defining what is a school shooting is very muddled and can come down to subjective interpretative of motive. With that in mind, is there value to defining it?

Yes. Without a clear definition or official body categorizes school-related violence, there will never be a consistent number of school shootings. In separating other forms of violence, it can be better understood why these shootings happen.

A researcher at Northwestern University also recognized this problem when he tried searching for school related gun-violence statistics and found a mess of numbers. In response, Adam Pah created a database where he put every instance of a school shooting to one definition (yes, another definition): "the incident must involve a gun being discharged, must involve students or school staff in some way, and must take place on the premises of a school."

After collecting all the data, a pattern emerged which showed that school shootings correlated with economic distress. By identifying this trend, it makes school shootings seem less random and it adds to the insight of what factors play a role.

A solid, agreed upon data set can only be cultivated with a clear classification system. That information can then be used to highlight trends and similarities between shootings, which can help prevent future tragedies.

If you want more information about the list of 2018 shootings, here are links to each incident:

Emma Nicolas contributed to this reporting.

►Make it easy to keep up to date with more stories like this. Download the WZZM 13 app now.