VERIFY: Explosive device sent to CNN not delivered through mail?

We can verify this is false. The theory that the delivered bomb packages that are stamped but have no cancellations means did not go through the postal service is not true. 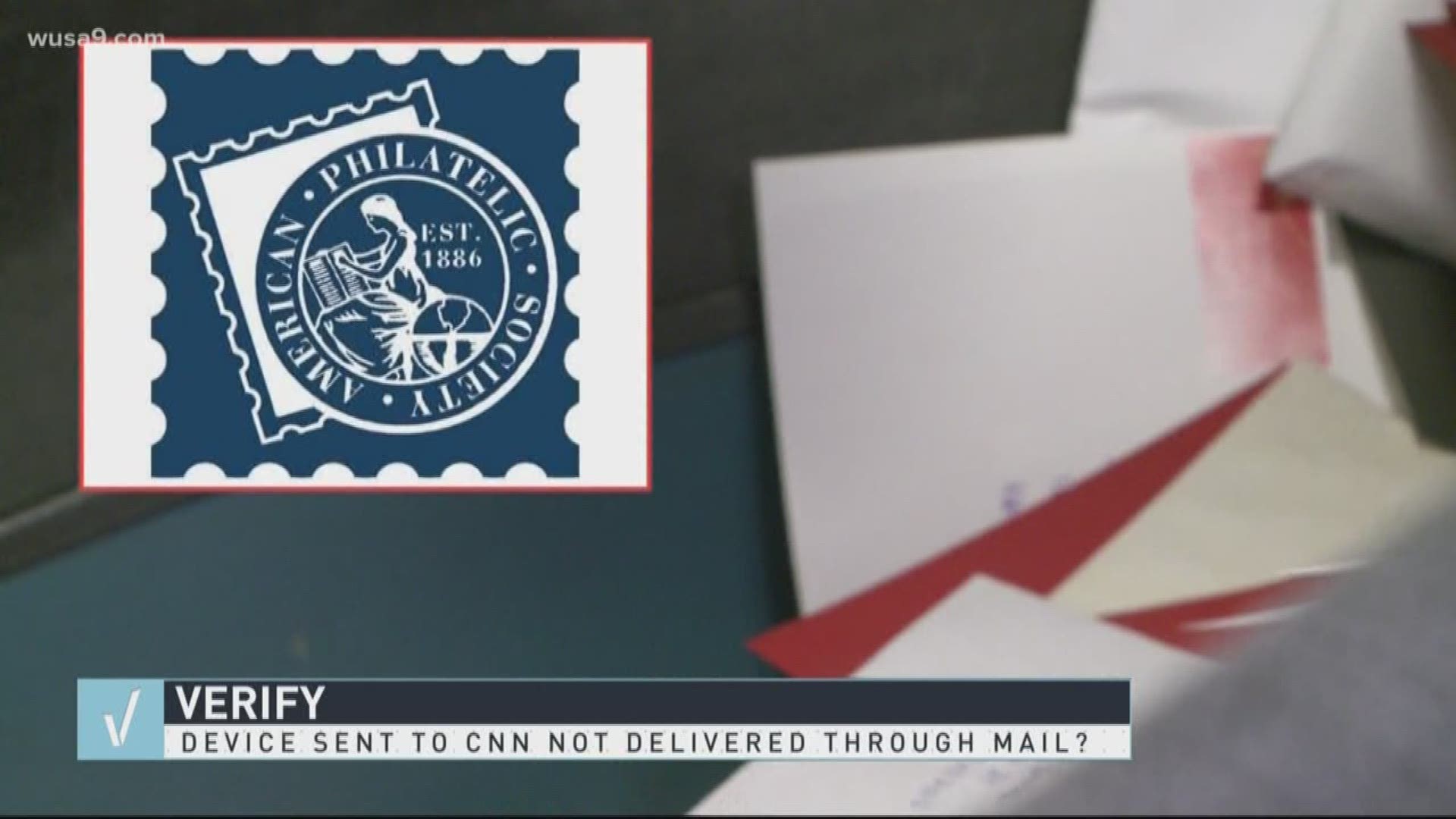 Explosive device sent to CNN not delivered through mail?

No, this claim is false.

As we continue to learn more information from officials about the pipe bomb scares and suspicious package investigations, a lot of fake news and theories are spreading online-- but that's where our Verify team comes in to always give you truth and get you the facts.

In the aftermath of the explosive device sent to CNN headquarters at the Time Warner Center on Wednesday, this Facebook post quickly went viral saying that the device sent to CNN did not have a cancellation mark from the post meaning the pipe bomb was never actually mailed. The self described former TV and radio evangelist ends the post by saying "make this go viral" and it' been shared over 8,00 times so far.

So we know New York City law enforcement officials as well as the FBI confirmed the suspicious packages were mailed with the Debbie Wasserman-Shultz return address and are also working the U.S. postal inspection service but we also spoke to an expert that specializes in all things stamp and postal related about that canceled stamp theory.

Scott English, Executive Director from the American Philatelic Society sent WUSA9 News researchers the following statement, "Many have observed that the delivered packages have stamps but no cancellations, meaning they did not go through the U.S. Postal Service. This is not accurate because many packages are delivered with uncancelled postage.

There are estimates of up to 80 percent of packages delivered through the mail are delivered without cancellations. Most mail is machine-canceled but many packages must be hand-canceled. Those cancellations are either traditional date stamp or a magic marker line drawn over the stamps. There is no uniform standard at local post offices so chandelling postage on package is typically skipped because of workload issues."

So we verified false, the theory that the delivered bomb packages that are stamped but have no cancellations means did not go through the postal service is not true.