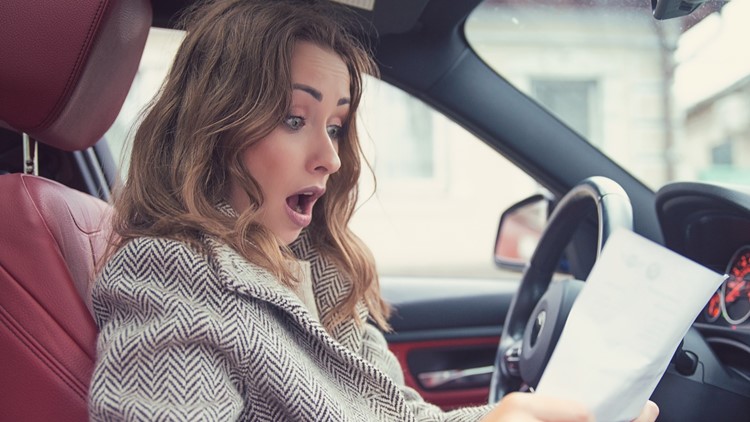 VERIFY: Do speed camera tickets not count as a moving violation in the DMV?

How harsh of an impact does that speed camera ticket really have on your driving record? The Verify team found out how much weight these actually carry in the DMV.
Author: Rhea Titus
Published: 10:32 PM EDT May 13, 2019
Updated: 11:24 PM EDT May 13, 2019

WASHINGTON -- After seeing our Verify report that speed cameras in Prince George's County don’t shut off after 10PM, a viewer from District Heights, Maryland asked us to check out a rumor she heard that speed camera tickets are not classified as a moving violation.

To get the answer, we went back to the team at Prince George's County Automated Speed Program.They say speed camera tickets are a civil violation, not a moving violation. That means they're kind of like a parking ticket, so no points on your license. It's the same in Montgomery County.

The same rules don't apply in D.C. though. Metropolitan Police told Verify researchers in the District, a ticket from an automated traffic cam system is classified as a moving violation.

However, there's a little leeway,  you won't get any points on your license.  And you also won't have your license suspended if you don't pay up.

So we can verify for both Montgomery and Prince George's County, speed camera tickets are not considered a moving violation, but it is in the District.

Speed enforcement programs are not currently in Virginia.