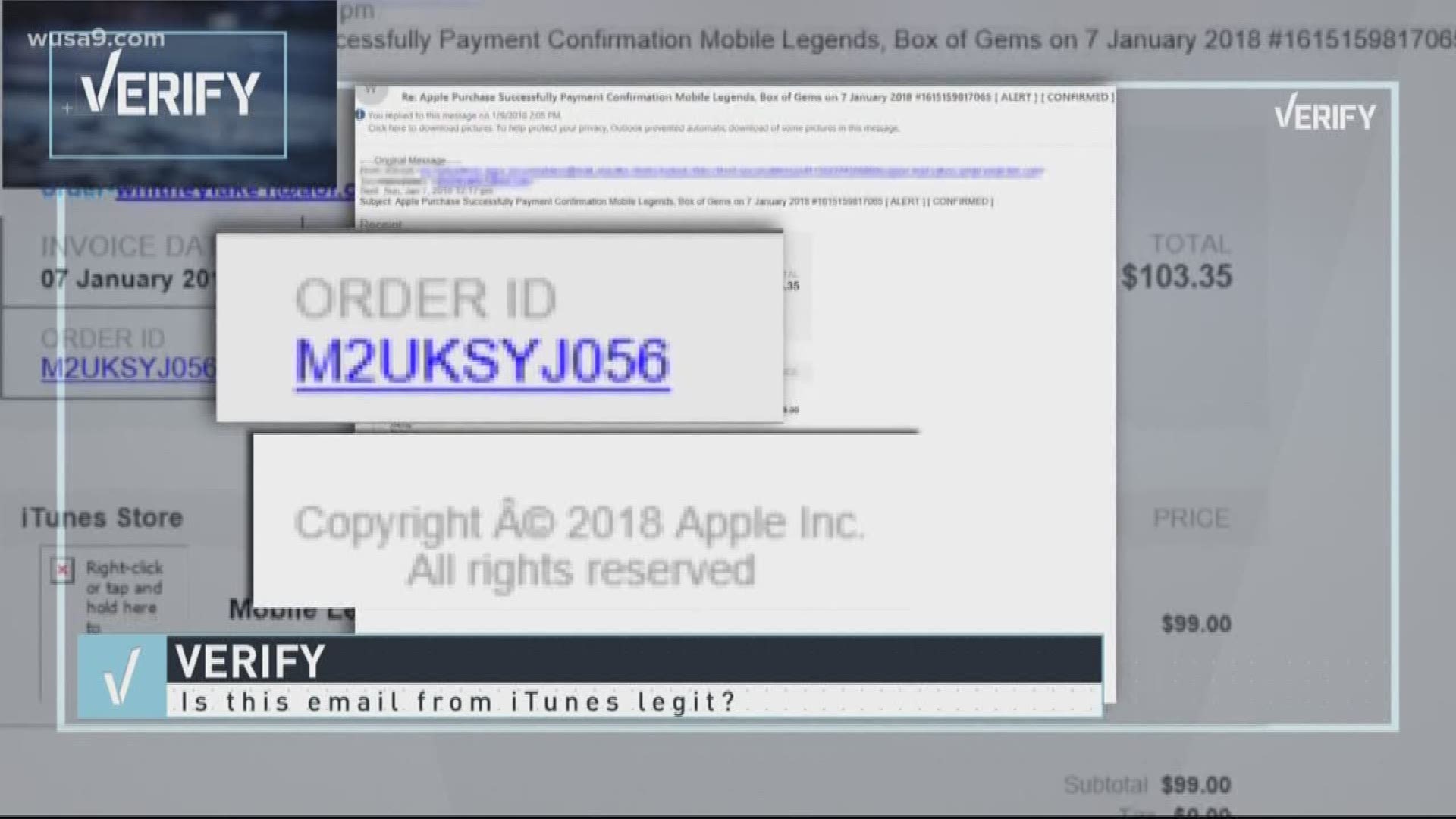 All over Facebook and Twitter people are complaining about Apple iTunes emails claiming they bought something they didn't and asking for personal info like credit cards and social security numbers. Are the emails legit?

Viewer Clarence Hickey from Aspen Hill, Maryland did the right thing. He smelled something fishy when an email allegedly from Apple iTunes asked for his credit card and social security numbers.

"I'm wondering if this is a scam and whether you can Verify," Clarence said.

The said Clarence had purchased a $103 mobile game, but he hadn't used iTunes in years.

The Verify team was on it.

To get our answer went to Apple Support and learned why Clarence's "bill" was a phishing scam. The email is doctored to look like its coming from Apple, even including a fake order number and mimicking the look of their receipts.

But Apple Support says there are clues here to raise a few flags:

The email sent to Clarence hits almost every one of these bullet points. Besides that, Clarence says he never downloads games onto his phone.

The allegedly game purchased is free on iTunes. There's an option to get better game features --that costs money. But those features can only be bought when you've already installed the app on your phone.