VERIFY: Are taxpayers paying for Trump to travel to his 2020 rally in El Paso?

Yes, the President must travel with a posse of protection. 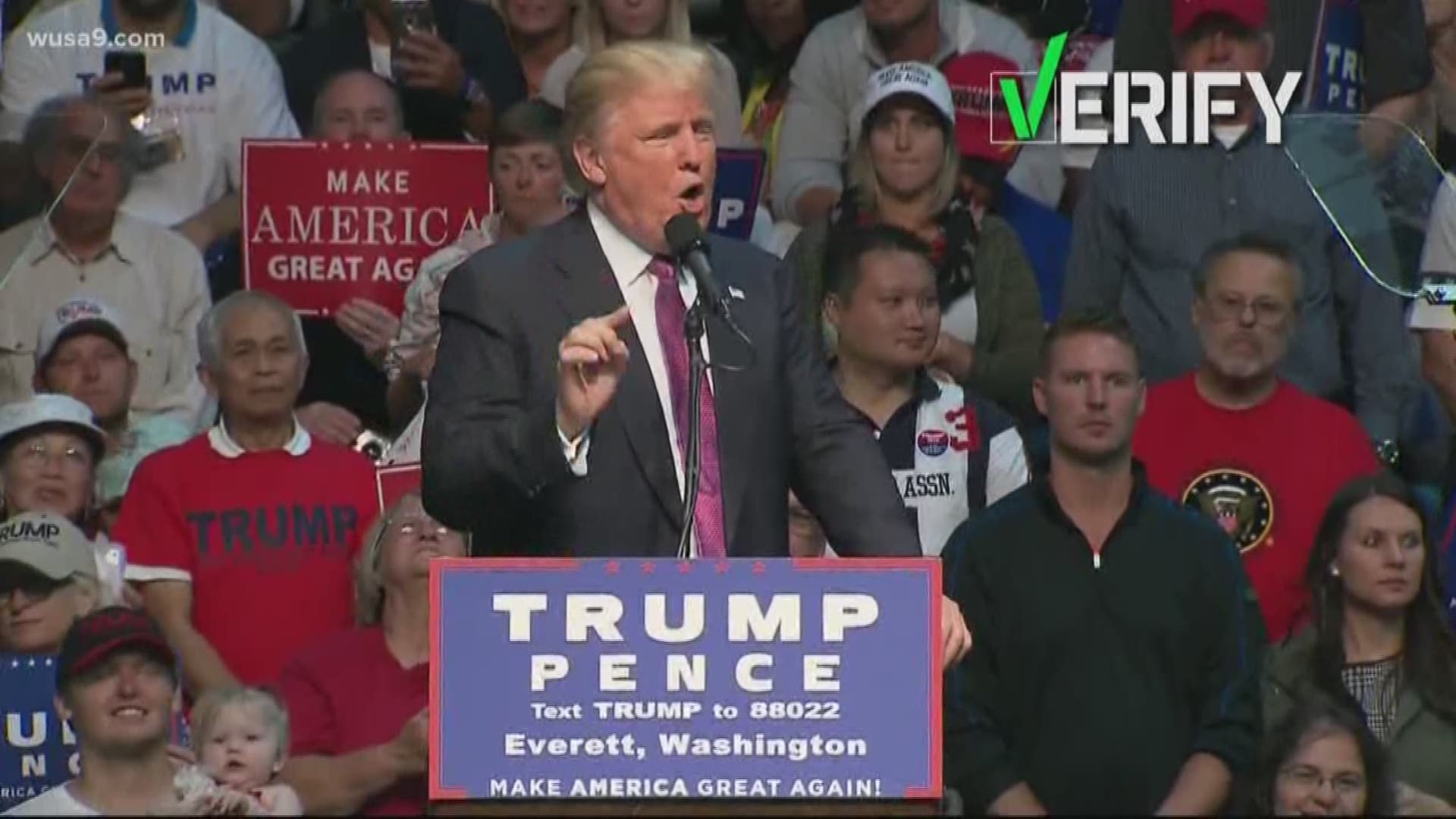 Are taxpayers paying for Trump to travel to his 2020 rally in El Paso?

President Trump trip to El Paso, Texas, marks one of his first campaign rallies of the year.

Back in August, the President attended all sorts of rallies for GOP Congress members' re-elections.

Viewer Betram Singer asked us then, whether taxpayers paid for the President to travel to those rallies. We verified, yes, but there are some costs, like security detail, that must come out of Uncle Sam's pockets.

But what happens when the President travels for his own, 2020 campaign bid? Does he travel on the taxpayers dime?

To get our answers we turned to the Federal Election Commission and Congressional Research Service.

Turns out things like food, lodging, and the price of a commercial ticket, are on the President: for those costs, his party or the campaign is responsible for reimbursing the government.

Those campaign-related expenses must be reported and filed with the FEC.

But there are some perks of the job that he can't control; the President must travel on air Force One, which includes the Marine Corps, Coast Guard and Secret Service Protection.

"Federal laws mandate Secret Service protection and other forms of assistance for all of their travel, including political travel," Ingram said. "The costs of these services are assumed by the various government agencies providing them."

So we can Verify, yes President Trump's trip to El Paso, a 2020 campaign rally, is partially paid for by taxpayers.