Dog owners are howling mad about a pet product in the works, now surfacing on social media. It's a drink billed as the world's first coffee for dogs. 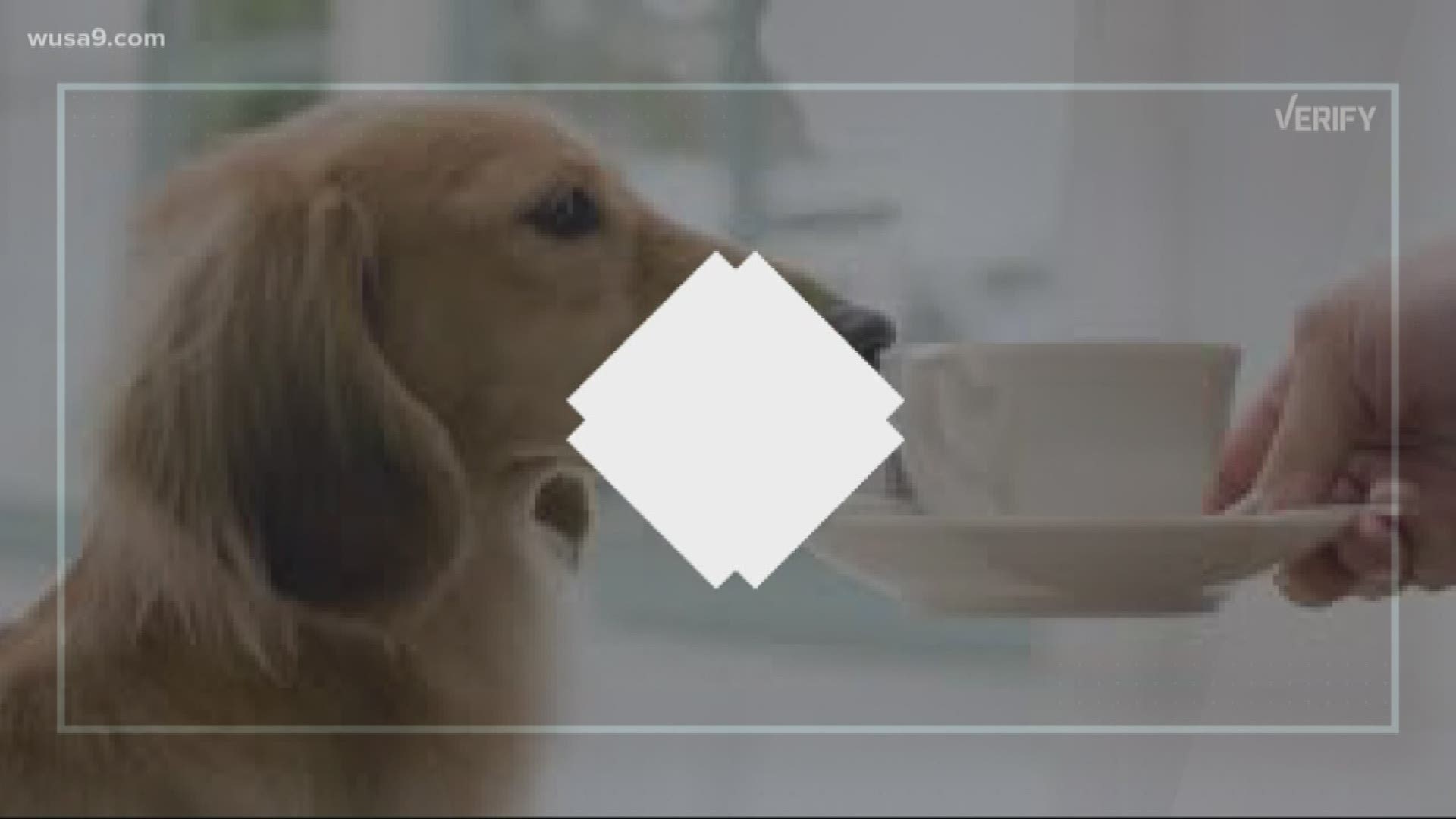 Dog owners are howling mad about a pet product in the works, now surfacing on social media. It's a drink billed as the world's first coffee for dogs.

And it's called -- of all things -- Rooffee. Yes, a name that sounds just like the date-rape drug.

First, let's tackle the product itself. A coffee for dogs? But mixing canines and caffeine is a big no-no. Right there on its website, the ASPCA warns that giving your dog coffee can cause vomiting, seizures, even death.

So why would anyone try to market such a thing? Turns out -- they're really NOT.

Rooffee is a business venture by a woman from Lithuania. In her Kickstarter video, she explains there's actually no coffee or caffeine in the drink. It's more like a tea, brewed from dried herbs and vegetables.

So Verify can slap FALSE on that one. Billed as coffee for dogs, but not containing any coffee, thank goodness.

Now what about that name -- Rooffee?

A lot of people reacted like Conor, who wrote on social media: Literally anything would've been better than calling it Rooffee. "I just Rooffeed my dog."

The business owner says -- My bad. She had never heard of roofies, the date-rape drug. She came up with Rooffee by mashing together the words 'roots' and 'coffee.'

So, yes -- we can Verify that Rooffee is the name of the drink. But it won't be much longer. The owner is asking folks to vote on a new name. And the sooner, the better.