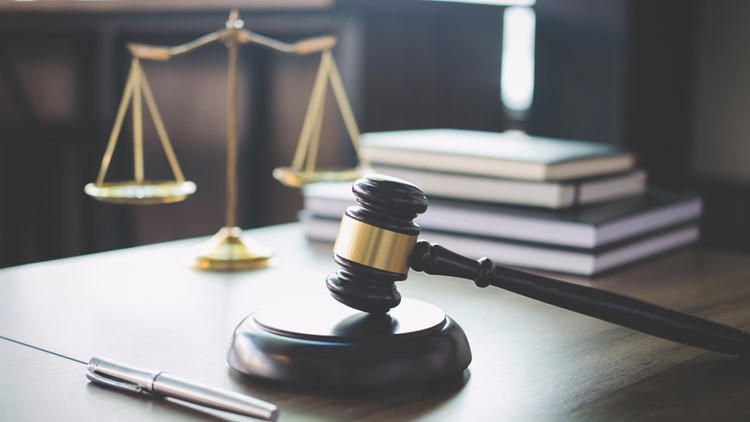 Photo by: Getty Images/iStockphoto
File image of scales of justice and a gavel on a wooden table.

ARLINGTON, Va. — A 61-year-old Arlington man has been sentenced to 60 months in prison for committing a hate crime.

William Syring was sentenced Thursday after threatening employees of the Arab American Institute "because of their race and national origin," the Department of Justice said in a press release.

The DOJ said Syring also threatened AAI employees because of their "efforts to encourage Arab Americans to participate in political and civic life in the United States, and transmitting threats to AAI employees in interstate commerce."

"Threats aimed to intimidate individuals based on their ethnic or racial origin are despicable violations of civil rights freedoms protected by our constitution," Assistant Attorney General Eric Dreiband said in the press release. "The Department of Justice will continue to fight to preserve the basic rights of people to live, work, and speak in their communities without the fear of hostility based on racism."

Evidence presented at trial established that from 2012-17, Syring sent over 700 emails to AAI employees, resulting in five death threats in 2017.

The press release said that according to court documents, Syring previously pleaded guilty in 2008 to sending threatening emails to AAI employees. Evidence presented also showed that Syring used "nearly identical language that he admitted were threats in 2008 as he did in 2017."

The press release said that according to testimony in court, AAI employees were frightened of Syring because "he had sent them death threats in the past and continued to do so over a decade later."

According to witness testimony, many AAI employees were fearful that Syring would follow through on his threats and physically hurt them. They also testified to the toll it took on them personally, on their families and loved ones.

Syring was convicted on all 14 counts in the indictment on May 9, including seven hate crime charges and seven interstate threat charges.