The Navy said Chief Petty Officer Adam M. Foti was hit by a forklift at Pier 14 at Naval Station Norfolk. He died at the hospital. 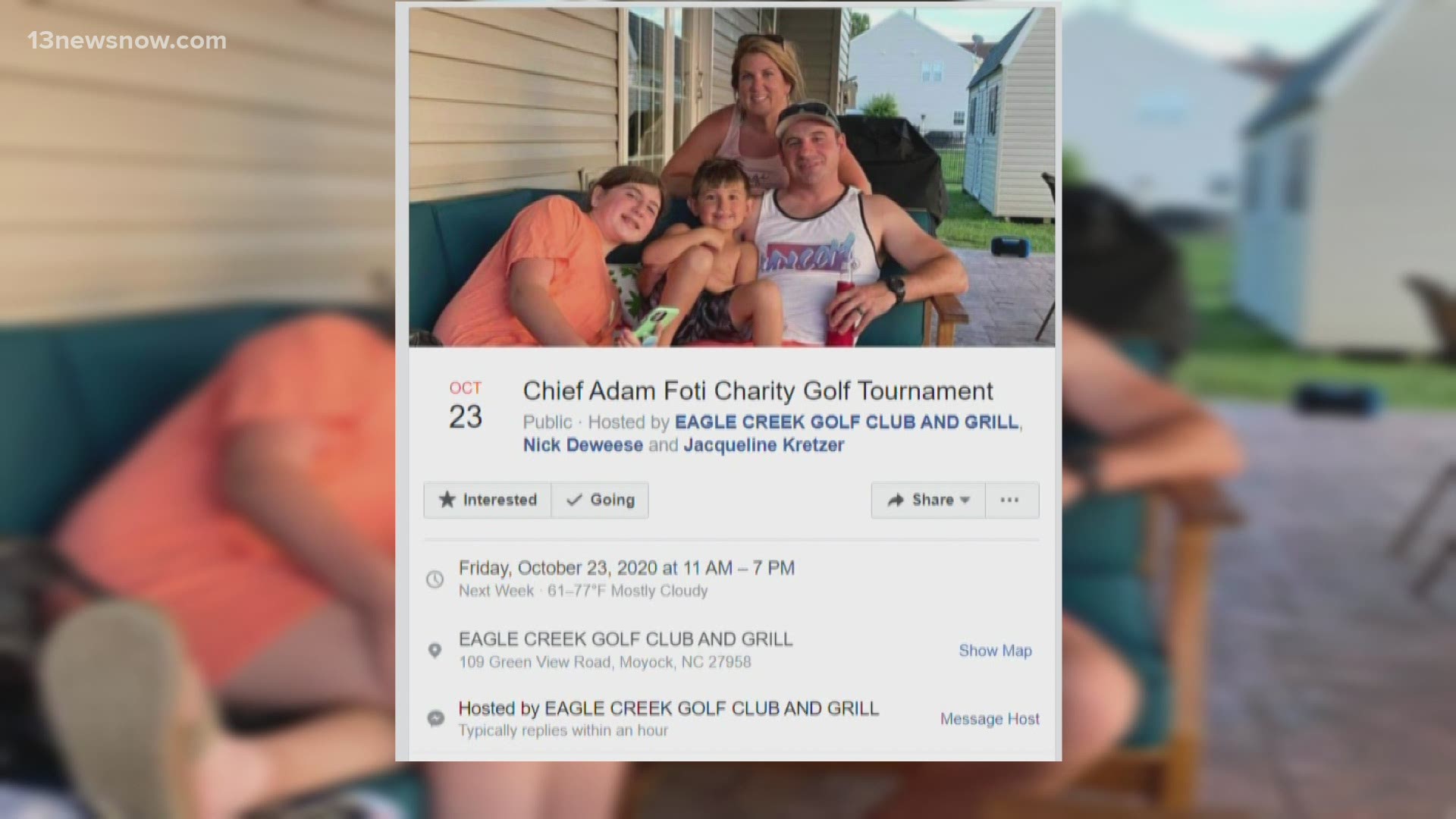 NORFOLK, Va. — An investigation is underway after a Chief Petty Officer serving on USS Jason Dunham was killed in an accident involving a forklift at Naval Station Norfolk.

The Navy sent out a release Saturday identifying him as Adam M. Foti.

The Navy said the accident happened around 11 a.m. Friday at Pier 14, where Foti was struck by the forklift.

He was rushed to Sentara Norfolk General Hospital but was pronounced dead at 11:34 a.m.

The Navy said in a statement: "Our thoughts and prayers are with the family and friends of Chief Petty Officer Adam M. Foti."

NCIS is investigating the incident.

A close friend and coworker of Chief Foti said he was a great family man. Chief Petty Officer Nick Deweese served with Chief Foti and they became close friends living in the same neighborhood in Moyock, North Carolina.

"This guy was always smiling, always in a good mood," said Deweese.

Deweese has arranged two fundraisers for the Foti family.

The first is at the Eagle Creek Golf Club and Grill on October 21, 2020, and then another event is The Chief Adam Foti Charity Golf Tournament on October 23, 2020, at the same place.

“An output of just of how much he’s done for the community for friends, you know in the ranks of the Navy just tons of people saying how great of a mentor he was and how many people looked up to him. I mean he was a good dude for sure," said Deweese.

Proceeds from the events will benefit Foti's family.