Some neighborhoods in DC can be 20 degrees hotter than other areas. Here's why

Known as urban heat islands, the NOAA says more concrete and fewer trees can make some neighborhoods hotter than others. 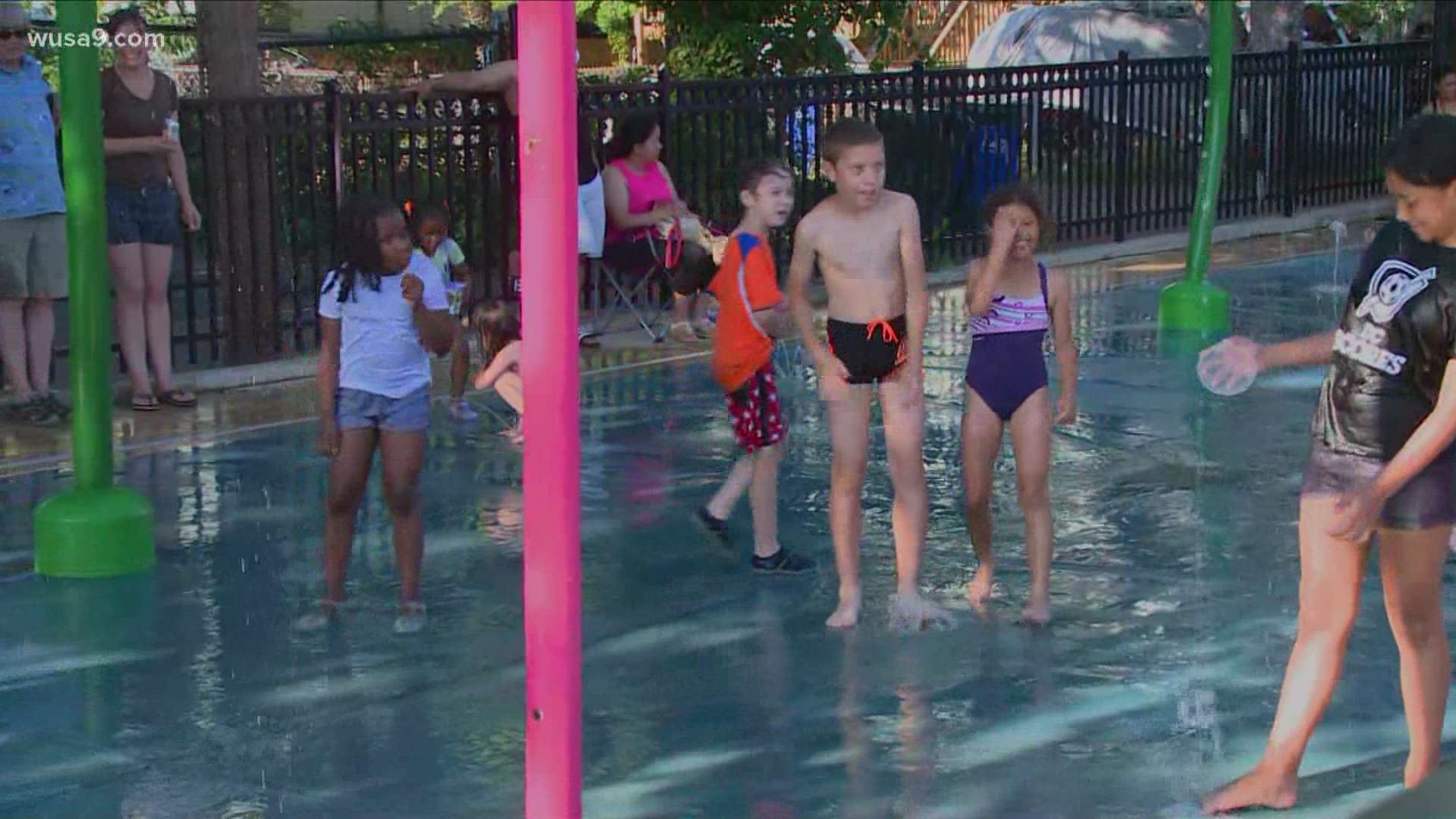 WASHINGTON — Extreme heat kills more Americans than any other weather event, according to the National Oceanic and Atmospheric Administration. But some neighborhoods are more at risk than others.

Known as the “urban heat island effect,” paved, dark surfaces, like roads and buildings, absorb and radiate more heat than natural landscapes with trees and grass, driving up local temperatures, said Monica Allen with the NOAA. On days when local temperatures climb above 95 degrees Fahrenheit, the additional heat emitted by paved and concrete structures can produce dangerously hot conditions in certain neighborhoods.

RELATED: Yes, heat is historically the top weather-related killer in the US

According to a recent nationwide study, neighborhoods subjected to historical redlining typically lack green space and suffer most from urban heat islands. The study found that 94% of formerly redlined areas, which remain mostly lower income communities of color, are exposed to higher temperatures than non-redlined, affluent areas.

For the last four years, a national public-private partnership has collaborated with local city government leaders and partnering organizations to map their cities’ hottest places on the hottest days of summer. The mapping effort aims to identify and help communities in need and engage those communities in discussion that lead to change.

Volunteers across the country have been collecting temperature data.

Researchers at Portland State University have used the data collected over the last four years by volunteers to map urban heat islands.

Shandas said there are multiple causes of the heat islands -- but it comes down to how cities are built.

When it comes to why cities across the country are heating up, scientists point to climate change.

The Union of Concerned Scientists said in the last 30 years, D.C. has reported about seven days with a heat index of 100 degrees or hotter.

Senior social scientist for climate vulnerability at the Union of Concerned Scientists, Juan Declet-Barreto, said if we do not take climate action, D.C. could see 41 of those days by the 2060's.

“We got there through unabated carbon emissions, right, thrown away with greenhouse gases through the failure of collectively addressing as a country as a planet," he said. "The greenhouse gas emissions are warming the planet.”

He said we have to take climate action now to just slow the trend. He hopes the federal infrastructure plan provides resources to help higher risk neighborhoods fight climate change.

The heat is building this week, with some of the hottest weather of the year forecast through Wednesday.

D.C. is currently under a heat emergency through Wednesday. Heat indices will soar to 100 degrees by Tuesday and Wednesday.

RELATED: Heat emergency: Here’s how to protect yourself during this week’s hot days