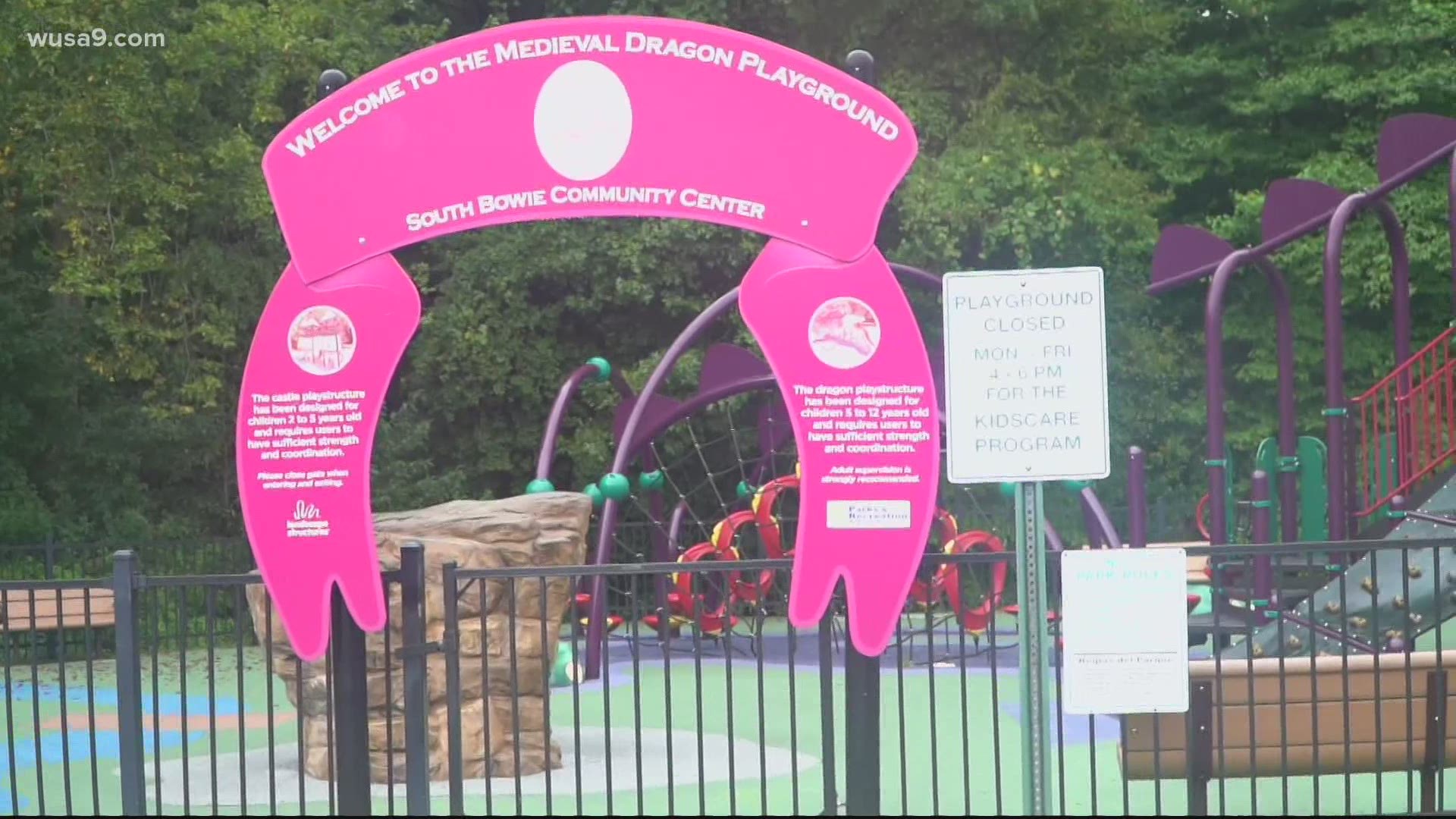 It’s in the crumb rubber ground mats made from recycled tires that kids run on and touch, according to new testing by Michigan-based lab The Ecology Center.

"We conducted over 100 analyses and the samples that we collected, we identified two parks, Woodland Wonderland and Medieval Dragon that had levels of lead that were of concern in the 'poured in place' playgrounds," said Jeff Gearhart, director of The Ecology Center in Ann Arbor, Michigan.

The Consumer Product Safety Commission website says any children’s toy with 100 parts per million of lead can be toxic.

The US Environmental Protection Agency (EPA) said any ground where kids play on with more than 400 parts per million is hazardous.

Medieval Dragon Playground had crumb rubber testing at up to 1,818 parts per million, more than four times the EPA limit.

The Ecology Center lab tests found crumb rubber shreds at Woodland Wonderland park were nearly 12 times the EPA limit at a maximum of 4,750 parts per million. One-third of the tire shred samples tested above the 400 ppm EPA limit.

“Nobody would have told me anything about this. Having a young daughter, she’s two, just knowing there’s potential for harming her from places that she plays in, just makes me feel awful," said father Matthew Findlay, when alerted by WUSA9 about the test results while his child played at Woodland Wonderland.

"Oh my God," said mother of twins playing at the park, Cheraine Rich. "That’s another layer of fear, so yeah, that’s crazy."

Last year, WUSA9 had gathered crumb rubber samples at parks all around the DC-metro area.

Testing was delayed due to the COVID-19 pandemic. But out of seven parks, WUSA9 sampled, those two Prince Georges County parks were the only ones that had elevated lead levels according to tests.

“It impacts learning behavior, and has a wide range of impacts on children that we want to minimize all exposures," added Gearhart.

Prince George’s Parks took immediate action once WUSA9 gave them the test results by The Ecology Center. It closed both playgrounds.

“The Maryland-National Capital Park and Planning Commission, Department of Parks and Recreation is committed to providing a safe and healthy park and recreation system for the residents and visitors of Prince George’s County. As a result of information provided to the Department, and out of an abundance of caution, the Department temporarily closed two of its playgrounds in order to allow an independent, third-party firm to test synthetic surfaces for lead. When installed, these surfaces complied with all health and environmental standards. The Department is proactively conducting a comprehensive assessment of approximately 45 other playgrounds with similar surfaces and will release the results when testing is complete. The Department’s goal is to maintain a quality parks and recreation system for all to enjoy," said spokesperson Kira Calm Lewis.

This is a developing story and WUSA9 is digging into where this potentially toxic lead is coming from.