DCRA called the site, 'illegal construction' that is now under investigation. 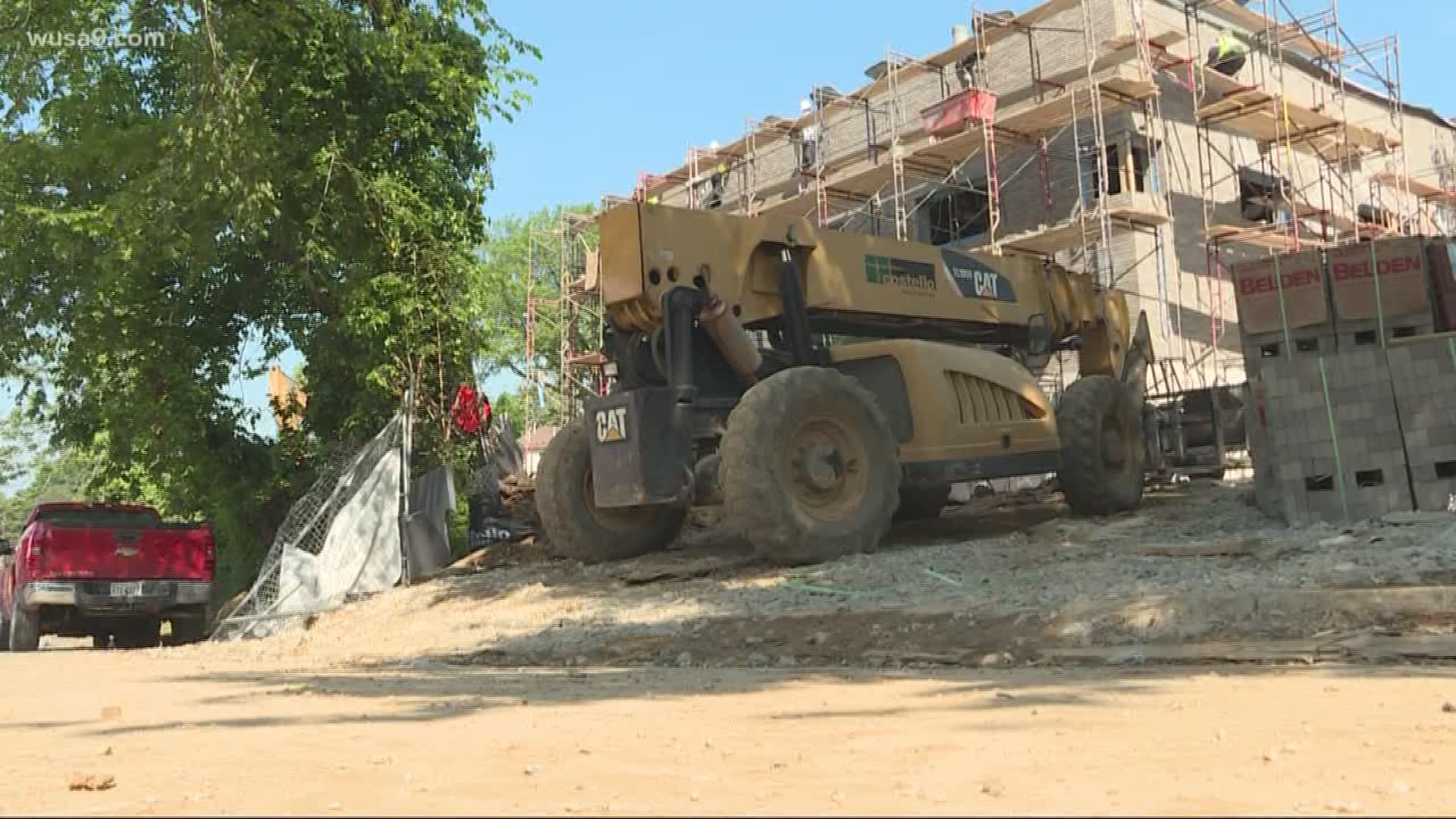 WASHINGTON -- A neighborhood in Southeast Washington D.C. is upset because what started out as a small renovation project on a charter school has turned into a giant project and two story building.

“They have totally disrupted our entire neighborhood,” Crystal Patterson – who lives right next door to the project - said. “It’s a monstrosity!”

Patterson said from weeds creeping into her backyard to mice crawling in her house, Eagle Academy has not been a good neighbor, Patterson said.

“They haven’t done anything for the more than $300 I've spent on the mice plummeting through this house for the last 4 months,” she exclaimed.

Originally, it was supposed to be a small renovation project on R Street SE, neighbors said. But it has turned into a new, two story charter school in the Fairlawn section of Southeast.

The school insists they went door to door, passing out flyers before construction, but residents said they were never told what to expect and are still not getting answers.

“About 30 homeowners signed a petition and we sent it to Mayor’s office, our council office, charter board, DCRA and DDOT,” Camille Joyner said. She lives in the neighborhood. When they didn’t get a response to their petition, they made a video and posted it to Youtube and community list-servs.

The neighbors are concerned there wasn’t a traffic study done ahead of the school’s construction, and said there are no sidewalks on some of the nearby streets.

A closer look at the permits shows an apparent lapse in Eagle Ridge’s paperwork.

The Department of Consumer and Regulatory Affairs (DCRA) issued a permit to do plumbing work only for a foundation on a two-story building October 18, 2017, followed by an "alteration and repair" permit in January 4, 2019.

But the school was only issued a building permit on April 5, 2019 – just one month ago. That means for three months, they were doing construction on the new building without the proper permit.

DCRA confirmed this paperwork issue, and called the site, “illegal construction” that is now under investigation.

The new director who signed off on the final building permit issued the following statement:

“It is implausible a project of this scope could be near completion within such a short time frame.”

A spokesperson with Eagle Academy said they want to be good neighbors. They plan to invite residents to the table, offer them a chance to weigh in on landscaping and give them community space in the school.

They said the school has been transparent with the community and they are “fully compliant” with all building permits and regulations.

“I don't see how they can make it better because they messed up so bad in the beginning,” Patterson said. “I have no interest in naming a tree, in fact, I find that insulting.”

It is unclear if DCRA will shut the construction site down because of the violation or issue a fine.