The decision to ban Styrofoam containers in Maryland isn't easy. Here's why

Strong arguments both for and against banning polystyrene (also known as styrofoam) in Maryland. Governor Larry Hogan must decide. 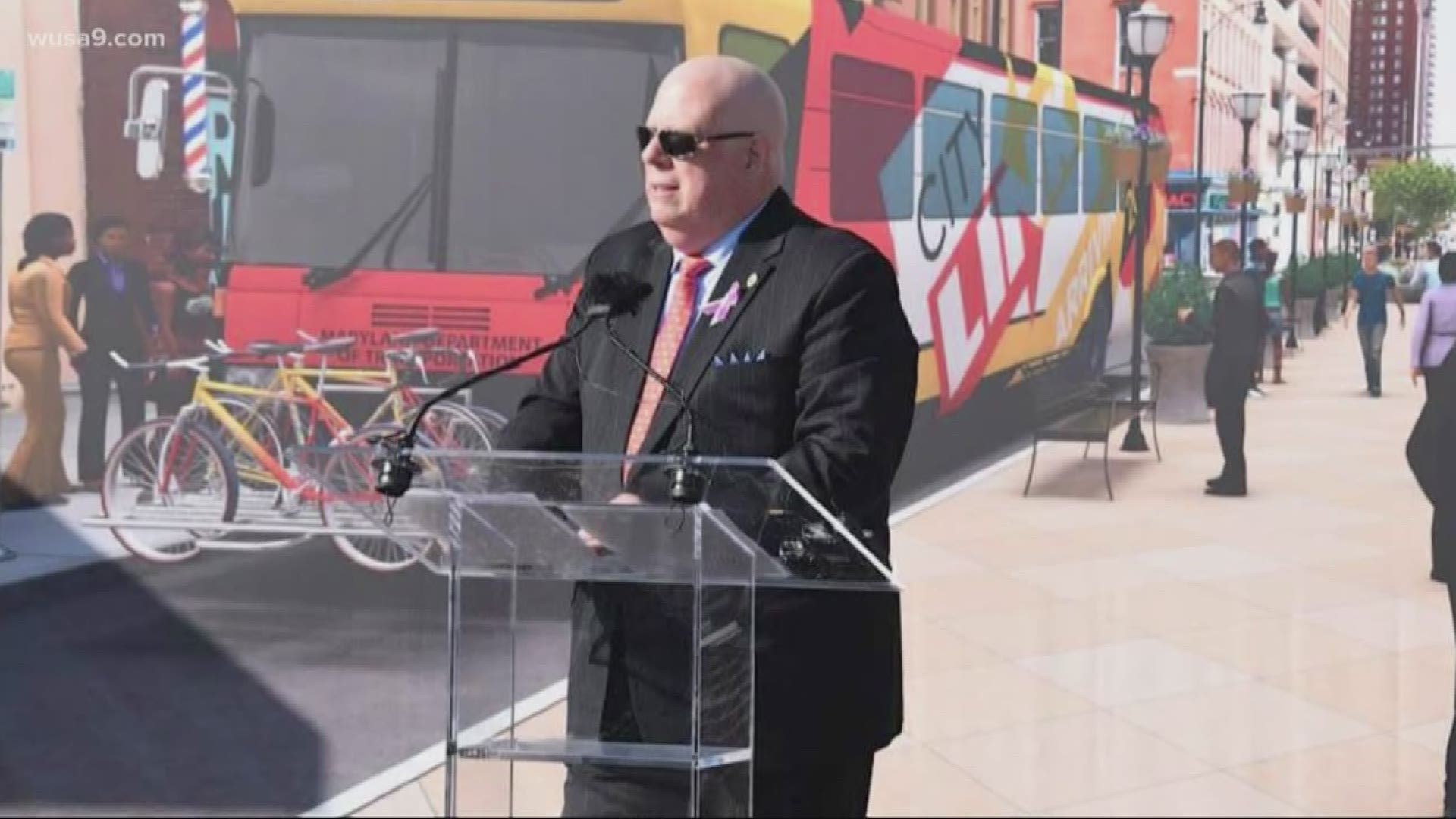 ROCKVILLE, Md. — For some, the question of banning polystyrene food containers (often referred to by the trade name Styrofoam) in Maryland appears to be a no-brainer.

“If people don’t use foam cups. If they don’t use foam take out trays, that’s going to reduce the amount of trash we’re picking up,” says Adam Lindquist of Baltimore’s Waterfront Partnership. The group operates a solar- and tide-powered skimmer called Mr. Trash Wheel in Baltimore’s harbor that has been deluged with more than 1 million foam containers in its 5 years of operation.

But the consequences of a statewide polystyrene food container ban passed by Maryland's General Assembly now being considered by Governor Larry Hogan, and similar bans already adopted by Washington D.C., Montgomery County, Prince George’s County and other jurisdictions are anything but straightforward.

For instance, should Maryland become the second state after Maine to impose a statewide polystyrene container ban, it is likely to come with unintended environmental consequences, according to detailed reports commissioned by cities from Minnesota to Maryland.

Due to the dramatic difference in weight and the relative ease of production, polystyrene and other lightweight plastics have less global warming impact when their complete life cycle from manufacture, to transportation, to disposal is calculated.

On the other hand, polystyrene foam is not biodegradable and is clearly harmful to marine and terrestrial wildlife, which tend to ingest tiny pellets of plastic as the items break up with exposure to sunshine.

Related toxic effects have also been found in humans, particularly workers who produce and handle polystyrene, though the U.S. Food and Drug Administration has determined the use of polystyrene for food containers is completely safe.

Any ban is likely to be costly to small food service businesses because polystyrene is cheaper than the alternatives for single-use food packaging.

These are just a few of many examples of the conflicting trade-offs policy makers must consider.

A report prepared for the Minnesota Pollution Control agency analyzing the paper vs. plastic question in 2016 put it the conundrum this way: “…paper is sometimes assumed to be environmentally preferable to plastic because it is made of renewable resources and is readily recyclable in curbside programs. However, a paper bag has over three times the global warming potential of a conventional plastic bag. Over its life cycle, paper requires several times more energy, fossil fuel and water use, causes more greenhouse gas emissions, and results in more solid waste than thin plastic film.”

Analysis finds similar results when comparing polystyrene food cups and containers to those made of paper (which is plastic coated to prevent leakage).

As the Mr. Trash Wheel experience in Baltimore’s inner harbor demonstrates, polystyrene is a significant pollutant in waterways. Though it's only 1% of all waste, it makes up 10% to 40% of litter found in streams, according to Baltimore doctor Richard Bruno.

Meanwhile, A study of beach debris at 43 sites along a section of California coast found polystyrene foam was the second most abundant form of beach debris.

But on land, because of its light weight, polystyrene accounts for only about 1% of what is disposed of in landfills in Maryland. Carroll County Maryland’s report on the issue found, “A 2016 waste characterization study conducted for the Maryland Department of the Environment (MDE) found that EPS accounted for less than 1% of the material by weight in Maryland landfills.”

However, the matter is complicated by the fact that polystyrene takes up at least four times more space by weight than other municipal waste, according to the Northeast Maryland Waste Disposal Authority.

Polystyrene and other plastic waste is pervasive in the marine environment. In particular because polystyrene floats, once it is in a waterway as litter it can carry from an inland neighborhood storm drain all the way to an ocean.

The Carroll County analysis reported “a 2016 study conducted for the Chesapeake Bay Program noted that plastic debris generally accumulates chemical contaminants, including persistent organic pollutants, algal toxins, and metals. Microplastics are ingested by animals that humans consume as food, including bivalves (oysters and mussels) and fish.

However, the Chesapeake Bay Program report described research into the matter as “in its infancy.”

One year after San Francisco, California banned polystyrene food containers the city claimed a reduction of foam litter of 36%. But plastic industry advocates have called out the city’s data as misleading, saying its original audits found that less than 2% of the city’s total litter was polystyrene foam to begin with.

Washington D.C. and Maryland jurisdictions that have already passed Styrofoam bans do not have comparable litter audit data.

One major manufacturer has a significant presence in Maryland. Dart Container has distribution facilities in Hampstead, Havre de Grace and Federalsburg. The company has approximately 800 employees in the state.

Dart is not threatening to pull out of Maryland if a ban is passed, but the company cannot rule out changes that may impact workers, according to Frank Liesman, a company spokesman based in Michigan.

Liesman argues that the state should support efforts to recycle foam packaging instead of banning it.

While recycling of foam containers is possible it has proven difficult in practice, in part because containers must be nearly free of contaminants.

An analysis by JSTOR Daily summarizes the challenge: “…there’s little capacity and market for recycling it and turning it into useful products. Foam is a problem child for many facilities since it can easily break up and contaminate other, more profitable recyclables. Food service foam containers are particularly problematic since they are difficult to clean and most facilities don’t want to deal with that.”

The industry has managed to hit a recycling rate of about 38% in 2016, according to packaging digest.com.