Despite rumors, The Bullpen will stay in Navy Yard ... for now

The 'original home base for Nationals fans' isn't going anywhere any time soon. But when it eventually does, it won't be going far. 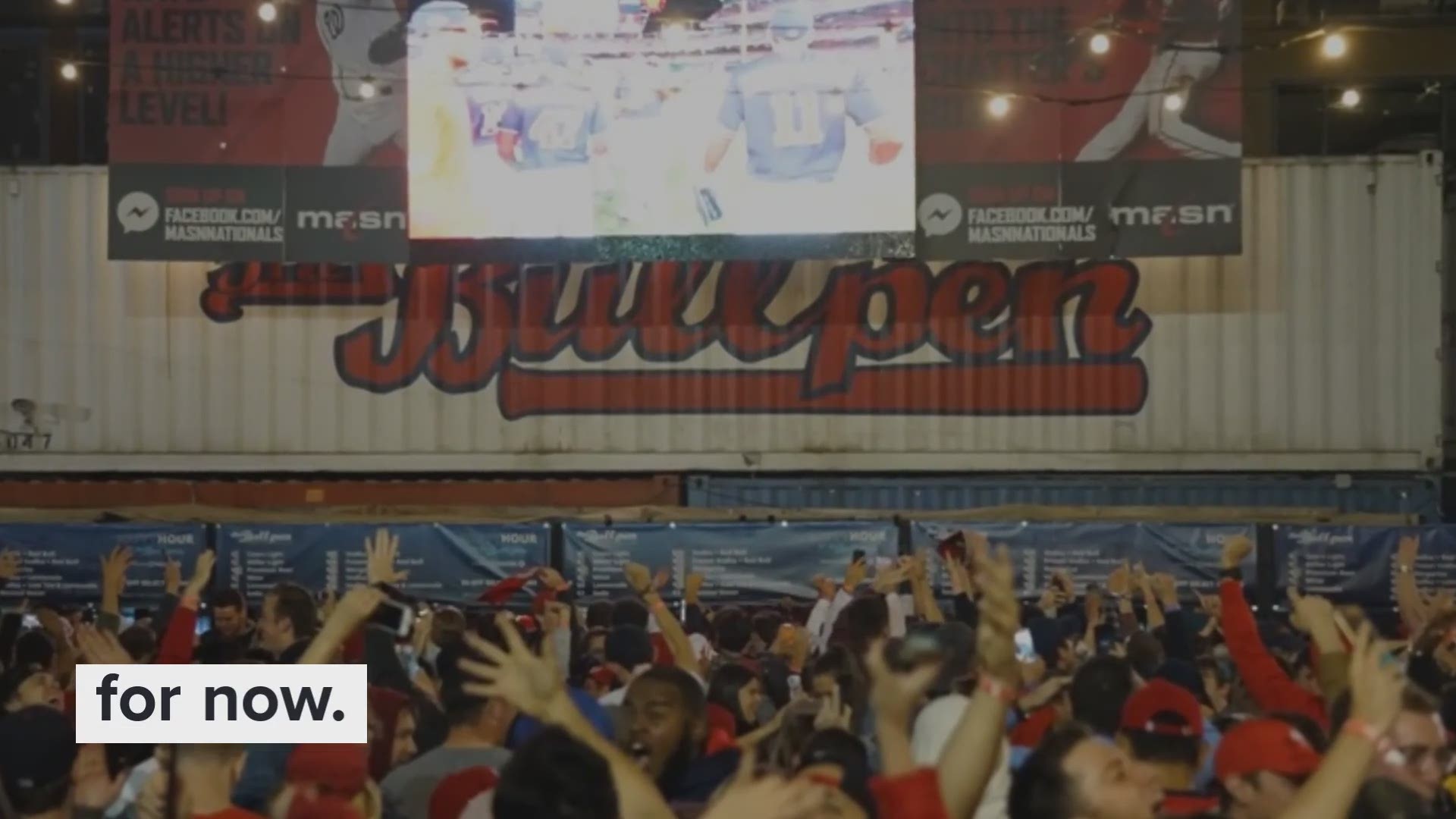 WASHINGTON — Year after year, rumors circulate that The Bullpen, the self-proclaimed "original home base for Nationals fans," is closing.

These rumors range from noise complaints to land developers buying the property. But Bo Blair, owner of The Bullpen, debunked those rumors.

"That is not true, those are rumors," Blair simply said.

He said the bar has no intention of moving for at least another year.

"We're always year-to-year at The Bullpen, and that's a possibility," he said. "But from what it looks likes hopefully it seems like we're going to get at least one more year."

RELATED: Get ready for the World Series with these deals, discounts and happy hours

And when developers do decide to take over, Blair said he's been talking to the land owner about the future of The Bullpen.

"We, you know, have been talking to the land owner for a while about when they finally do develop the property, us opening a Bullpen sports bar in the bottom of the building," Blair said. "So, we're hoping at some point, down the road we hope we can figure that out."

RELATED: This Nats fan tried to buy World Series tickets for over 2 hours, only to discover they're sold out

Credit: Kyley Schultz
The Bullpen during the day.

So no, The Bullpen isn't going anywhere any time soon, and even if it does, it won't be going far.

The Bullpen is still hosting events, and is even having "huge watch parties" for all of the away World Series games -- all drinks will be half-priced.