Holiday traffic isn't over yet. Here are the spots to avoid for your holiday commute

AAA says that drivers should avoid traveling on Sunday, December 1. But if you do have to travel, AAA says to leave early in the morning or late in the evening 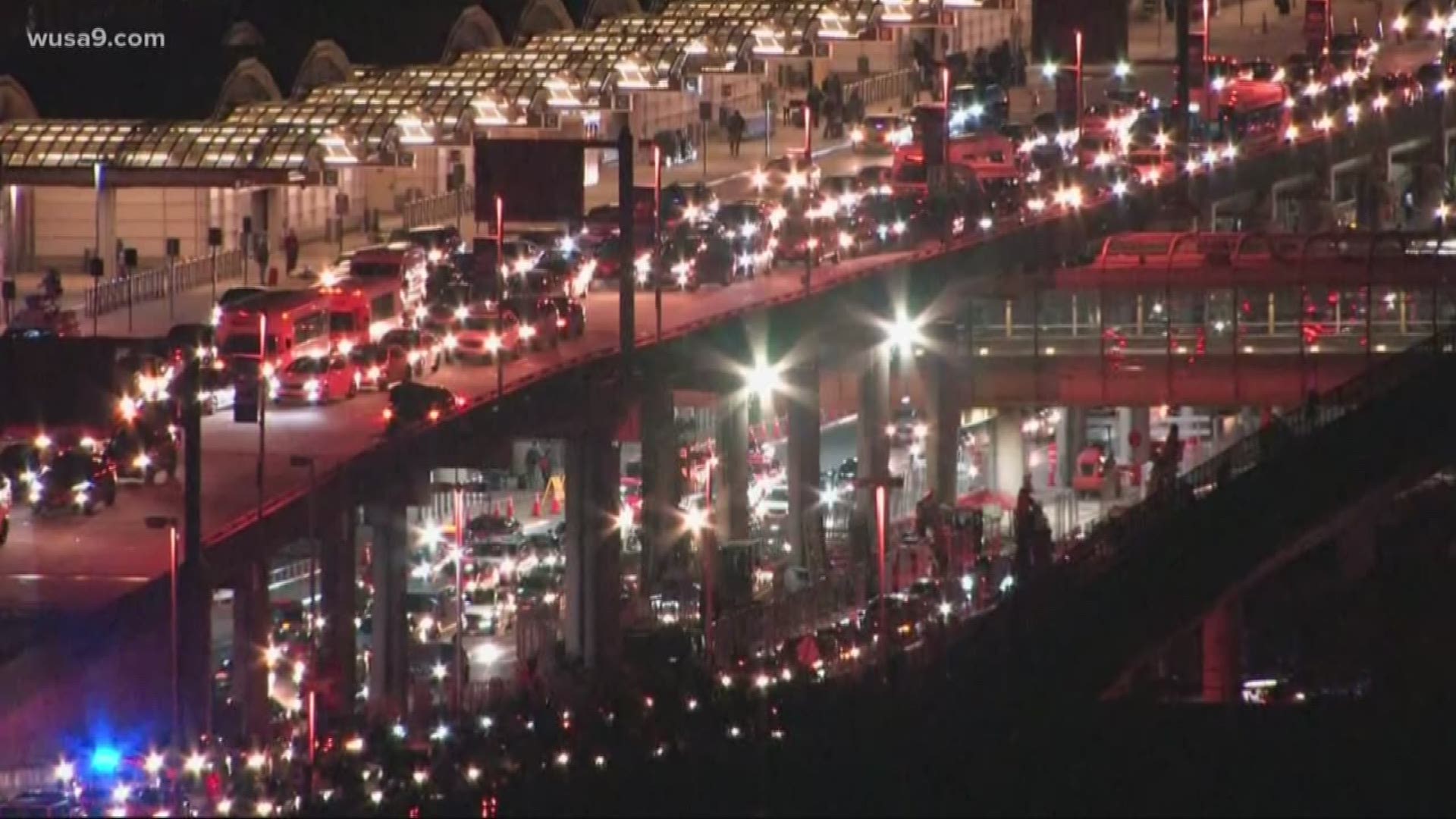 WASHINGTON — Slow down, Thanksgiving holiday traffic is not over yet. Transportation officials in our area say congestion will linger until Monday—and they have some tips for you to avoid the biggest trouble spots.

AAA says that drivers should avoid traveling on Sunday, December 1. But, if you do have to travel, AAA says to leave early in the morning or late in the evening. 1.35 million of you — or about one in every five people living in the Washington, D.C. Metro area — will travel 50 miles or more to celebrate Thanksgiving.

"Nationally, and in the Washington, D.C. metro area, this will be the second-highest Thanksgiving travel volume since AAA began tracking in 2000, trailing only the record set in 2005," AAA said in a news release.

RELATED: Nothing worse than Wednesday | Here's when to avoid Thanksgiving travel

In Maryland, transportation officials are warning drivers about the Bay Bridge, where a construction project has closed the right lane of the westbound span. The Maryland Department of Transportation (MDOT) said drivers should leave at least 20 to 30 minutes earlier than usual if they’re crossing the bridge.

Here are the best times to cross the Bay Bridge, according to MDOT:

In Virginia, crews are suspending most highway work zones and lifting lane closures on interstates until noon on Monday, December 2. VDOT said driving will still be slow on I-95 south of D.C. as it passes through Stafford County. VDOT said semi-permanent work zones will still be in place on in four spots:

Closer to D.C., the worst traffic will be at Reagan National Airport. A billion-dollar airport construction project has closed some access roads and the cell phone lot. Airport officials are urging those going to the airport to take Metro.

If you’re waiting on a loved one, take advantage of a free hour of parking at the terminal parking garages.

Airport officials expect more than a million people to pass through our airports over the holiday—with one of the busiest days for airport traffic being Sunday.