The rink announced that they were to close on April 5, but the landlord granted an extension until the end of April. 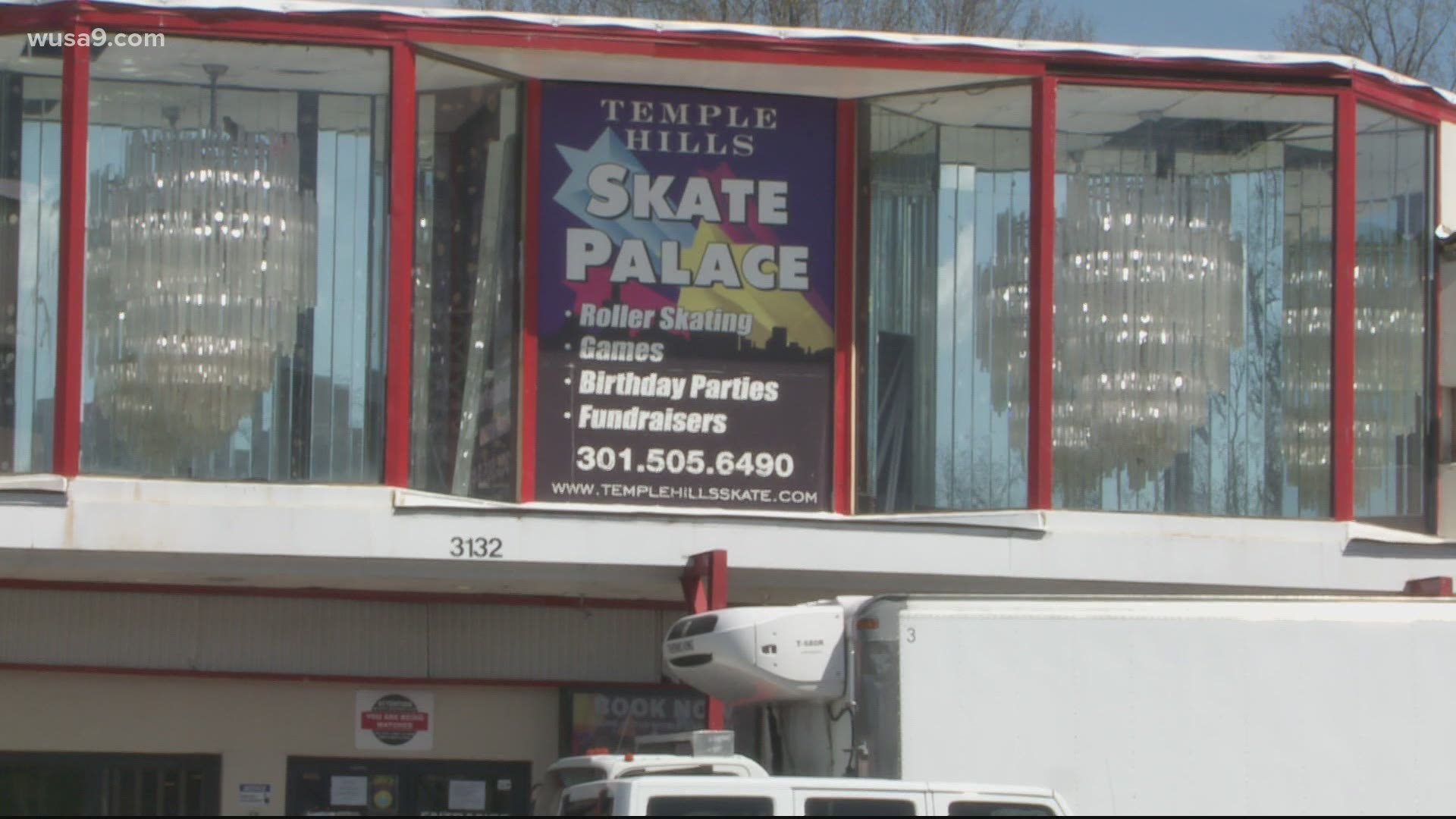 TEMPLE HILLS, Md. — If you grew up in the DMV you most likely either hosted or attended a skate party at the Temple Hills Skating Center off Branch Avenue. The rink first announced that they are closing on April 5, due to financial issues. But since then, the landlords have granted them an extension until the end of April, in hopes of working out an agreement.

Over the years, the establishment went by many names, but most remember it as Crystal's Skate Palace. It was a place where friends and family came together to let the good times roll. The rink was known for playing the best throwback jams, Go-Go music and current charting tunes.

In a statement posted online, management said that the decision to close was not an easy one.

"The generations of families and all of our customers have meant so much to us," they said in a statement posted on Facebook. "Your loyalty and support over the years made our business what it was and we want to thank you very much."

Many businesses have experienced hardship during the pandemic while only being able to operate at a limited capacity. The current management team is trying their best to keep the doors open but due to affordability issues, the future of the Temple Hills Skating rink does not look good.

"We know the community is saddened, but we are trying to save this place because we want to stay," General Manager Lashon Andrews said.

The establishment had to cut down on skaters inside the building to adhere to CDC regulations but the interest in skating continues to soar.

With millions on lockdown, roller skating interest surged during the pandemic and emerged as a trendy hobby. There was a time during the early stages of COVID-19 when Google Trends, Tik Tok and Instagram timelines were flooded with videos of people picking up their old skates again or learning for the first time. The Wall Street Journal reports that skating hasn't seen a surge of this magnitude since the disco era of the '70s.

I had sooo many parties at crystals 💔💔💔 https://t.co/qOrXxzW3cb

But for the Temple Hills community, skating has always been a popular activity. The rink has been around since the '70s and has become a landmark to the residents who live nearby.

Patrons of the establishment took to social media to take a stroll down memory lane, sharing just how much the skating rink meant to them.

RELATED: DC ice rink gets $33,000 in donations after racist chant