'With this vote, we sent an unambiguous message that ending the Widow's Tax is urgent' 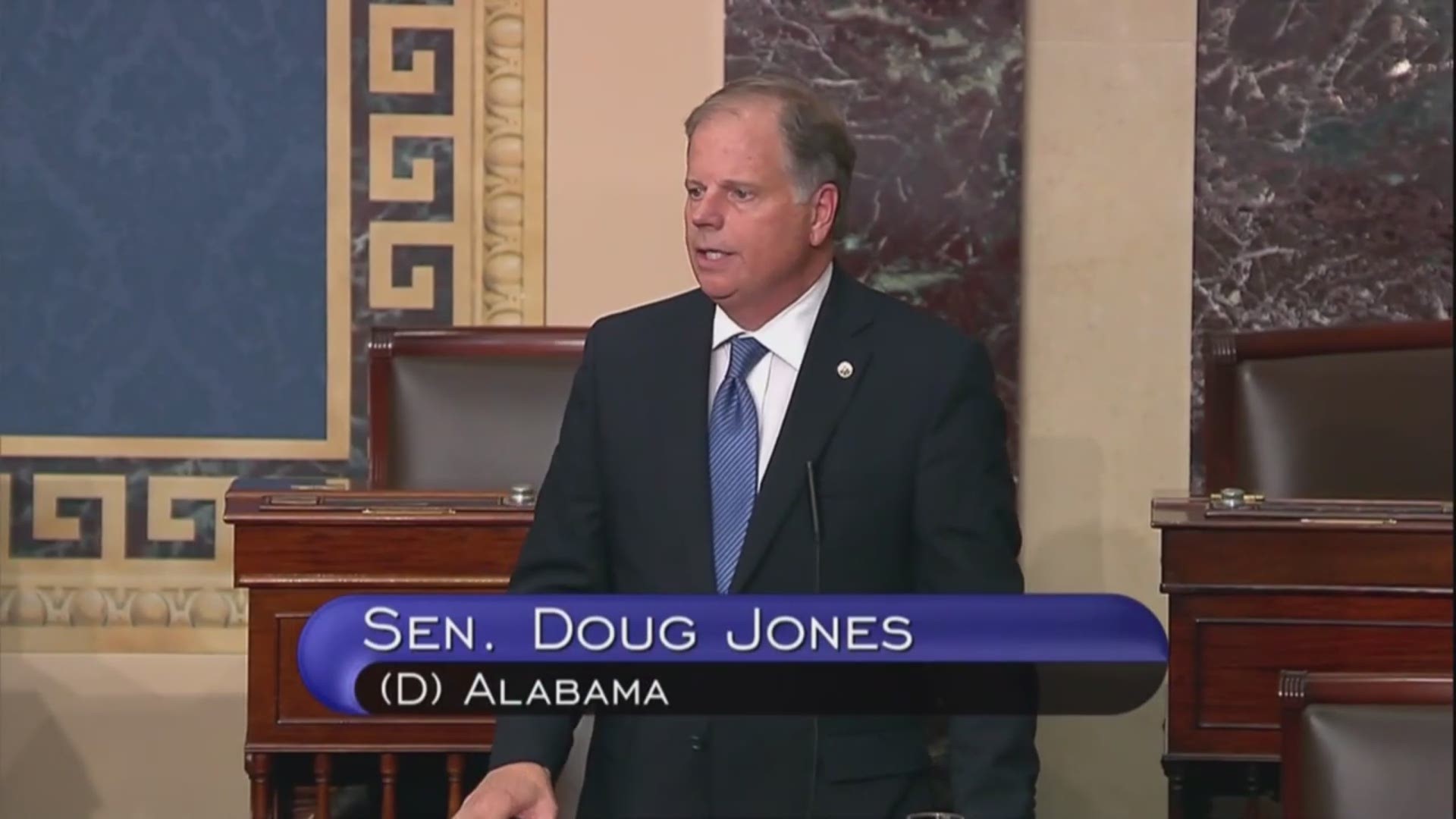 WASHINGTON — Senator Doug Jones' (D-Ala) passionate plea aimed to urge his colleagues to vote on a measure that will include his legislation to eliminate the Widow's Tax in the annual defenses bill. The National Defense Authorization Act is the budget for the military.

"It has been voted on by this body for 18 years and has never gotten across the finish line," Jones said.

Jones' "Motion to Instruct," was a call to action and a message to NDAA conference committee members that a permanent fix of the widow's tax is long overdue. The Military Widow's Tax Elimination Act would repeal the SBP DIC Offset.

Forty years ago, Congress established the Survivor Benefit Plan. It's an annuity military members pay into with their own money.

The Dependency and Indemnity Compensation is a benefit the U.S. Department of Veterans Affairs determined spouses are eligible to receive. It's a monthly $1,300 tax-free payment for survivors of service members who die in the line of duty -- orif their death is due to a service related injury or disease.

But that SBP DIC Offset law prevents nearly 65,000 surviving military spouses from collecting both federal benefits, even though the SBP is an insurance program.

And according the Military Officers of Association of America, families across the country lose out on at least $12,000 a year.

"Now is the time," Jones said. "This is our time to make sure that we tell our veterans that we are supportive, but we show it with our actions, not just our words."

The vote was unanimous, 94 to 0. The Senate approved the measure, sending a clear message to the defense committee conferees that eliminating the Widow's Tax is an urgent priority for Congress.

The House passed a provision of the Military Widow's Tax Elimination Act of 2019 in its version of the NDAA.

H.R. 553 was introduced by Congressional representatives Joe Wilson (R-SC) and John Yarmuth (D-KY). Now, the Senate and House versions are being reconciled in a conference committee.  A final legislative text is expected to be released in the coming weeks.

"It has been a long battle for military spouses who have fought to fix this decades old injustice, but today, the Senate took an important step toward finally putting an end to the Widow's Tax," Senator Jones said.