A person is in critical condition after a shooting Monday afternoon in Prince George's County. 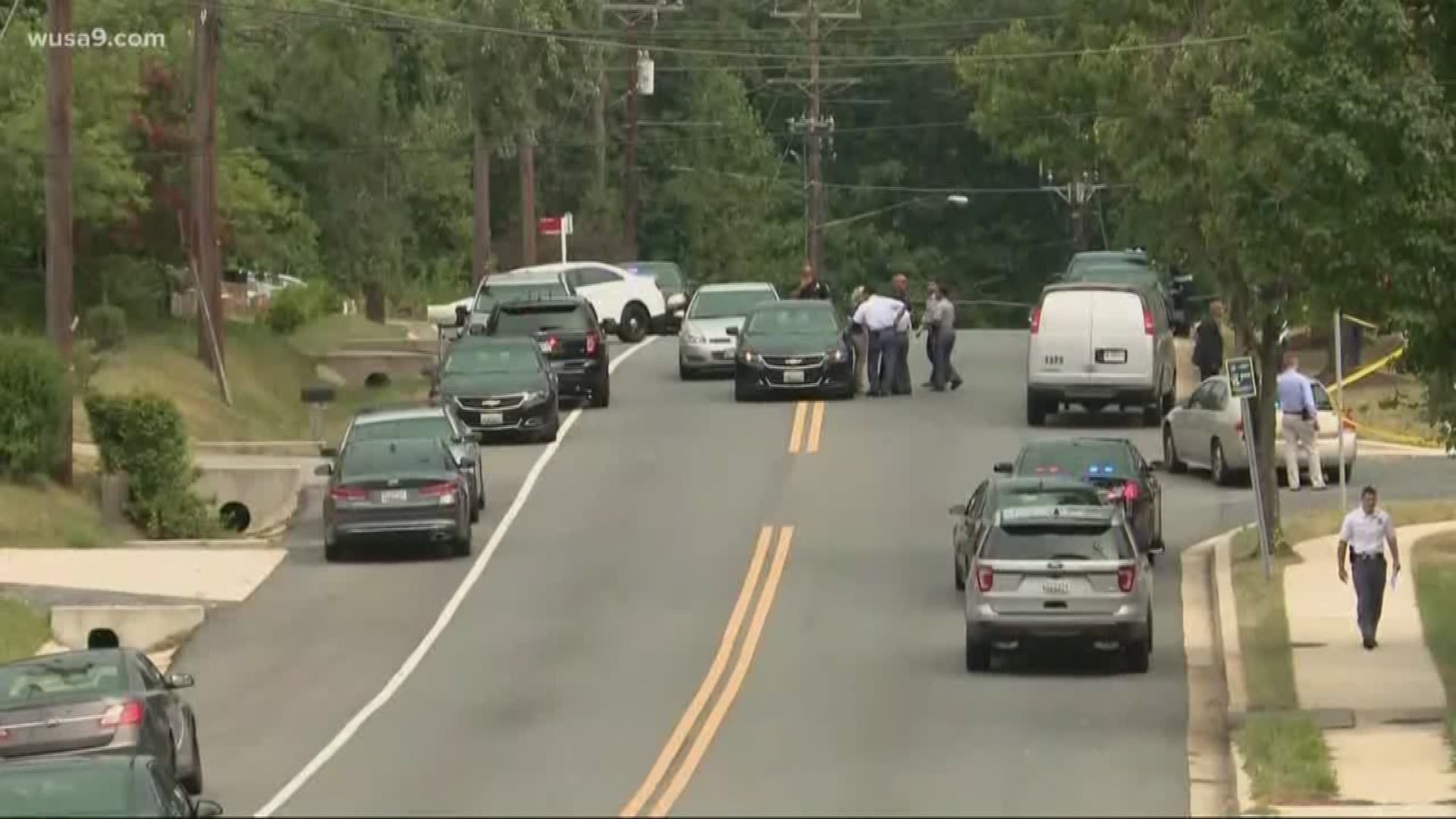 SUITLAND, Md. — A person died after a shooting Monday afternoon following a 100-person fight in Prince George's County, Md., after a funeral service at a storefront church. But a family member is refuting police's account.

Police said it happened at 1 p.m. following a funeral for a homicide victim in the District of Columbia, though they did not identify that victim.

Monday's shooting victim was found in a car nearby, about 200 yards down the road from the storefront church where the funeral happened near Walls Lane, police said.

Prince George's County Police Department spokeswoman Jennifer Donelan said several other people were injured in the fight. All the other injuries were minor, she said, and they're trying to figure out exactly what happened.

"Sometime after the funeral, there was a large group gathered outside in the parking lot, and when our officers arrived for a report of a fight that had broken out there were people in the parking lot and there were also people in the middle of Suitland Road," Donelan said. "While they were on scene trying to deal with that tense situation, they hear multiple gunshots break out, about 200 yards up the street."

Donelan said a sedan sped away from the scene, which happened outside a townhouse development, and the officers found one shooting victim inside a car parked outside. She said those officers pulled the victim out of the car, began lifesaving measures and called EMS.

Investigators are trying to determine if the fight and the shooting were related.

Police are looking for a dark colored sedan involved in the shooting.

Eyewitness Cassandra Riddick, who was attending her nephew's funeral service, refuted the police account, saying there was not a 100-person fight. She said an inebriated woman was causing a disruption at the service and that family members called police to help.

Riddick said that the large gathering of people were trying to help alleviate the disturbance when police arrived. She said she is not sure where police got the "100 number."