The tree fell on a house in Parkwood Drive, trapping a man on the second floor before he was safely removed. All four children and an adult woman got out. 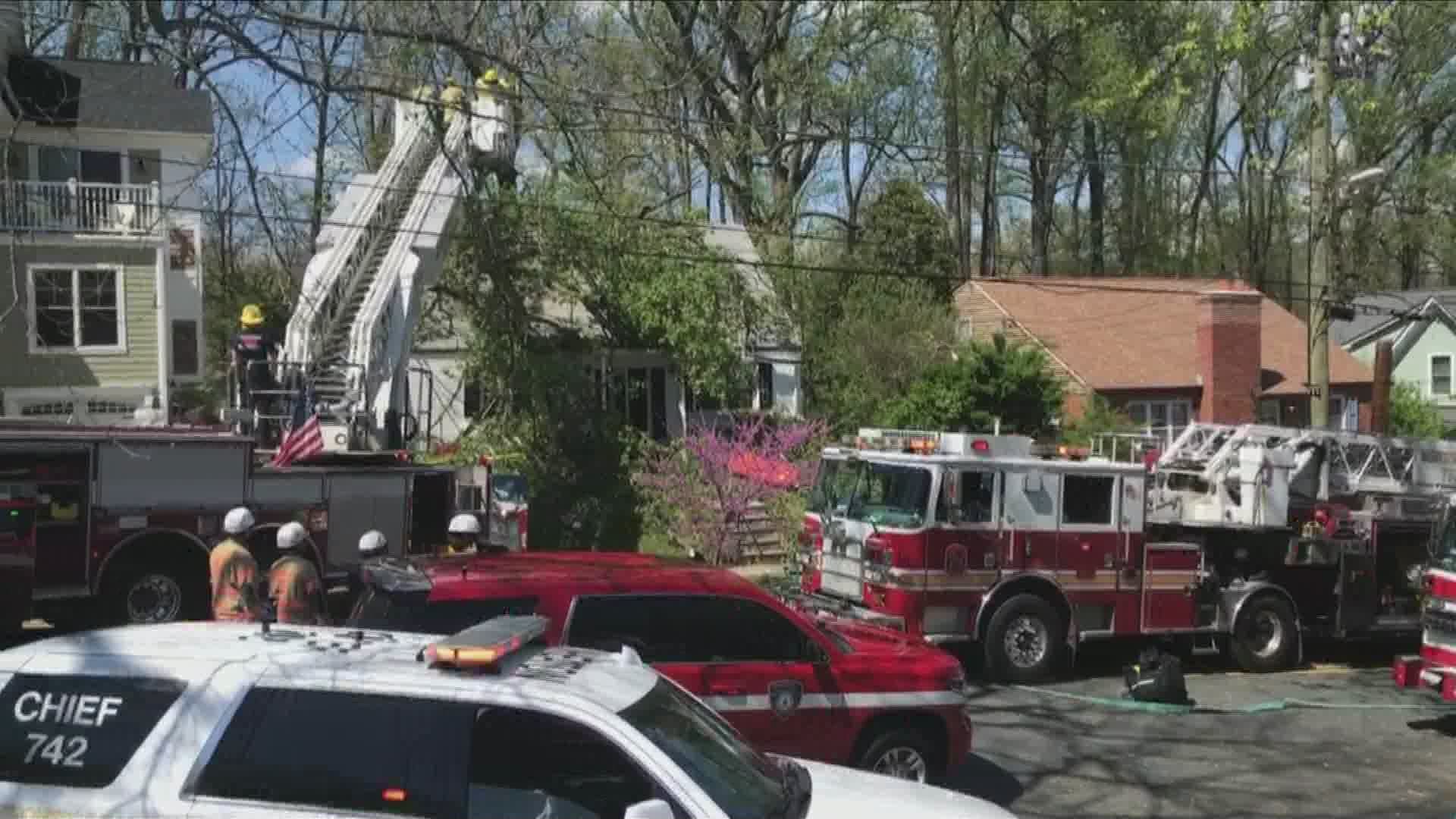 KENSINGTON, Md. — Strong storm winds rocked through parts of the DMV on Thursday afternoon, causing damage in neighborhoods and even uprooting trees. One tree fell on top of a Kensington home, crushing the roof and trapping a resident inside.

A family of six lives in the house at Parkwood Drive in Kensington that was impacted. According to Montgomery County Fire and Rescue, four kids and two adults were home by the time the tree crashed.

All four of the kids and an adult female got out okay, but one man was trapped on the second floor. Fire officials extricated the man out of the house, where he was then taken in an ambulance as a precaution but was not significantly hurt.

A building inspector was called to the scene, rescue officials said.

Scattered thunderstorms were present for most of Thursday, with the National Weather Service extending a wind advisory in the area until 7 p.m. Some of the gusts reached up to 40 to 50 miles per hour.

It's not the only strong storm the DMV saw this week. On Wednesday, a severe thunderstorm caused downed trees in areas across D.C., Fairfax County, Va., Arlington County, Va., Carroll County, Md., and southwest Pennsylvania.

First responders dealt with a number of calls for wires and trees that came down in the American University Park neighborhood and nearby, police said.

RELATED: Strong winds will cause damgage this afternoon

RELATED: Reports of damage across DMV region after severe storms roll through Wednesday

RELATED: Storm of the Century: Remembering the superstorm of 1993