Virginia family of Muslim teen raped, slain gets to question killer as part of plea deal

On June 18, 2017, Nabra Hassanen, a 17-year-old girl from Reston, Virginia was sexually assaulted and killed in Sterling as she and her friends walked to the ADAMS Center mosque in the early morning hours. 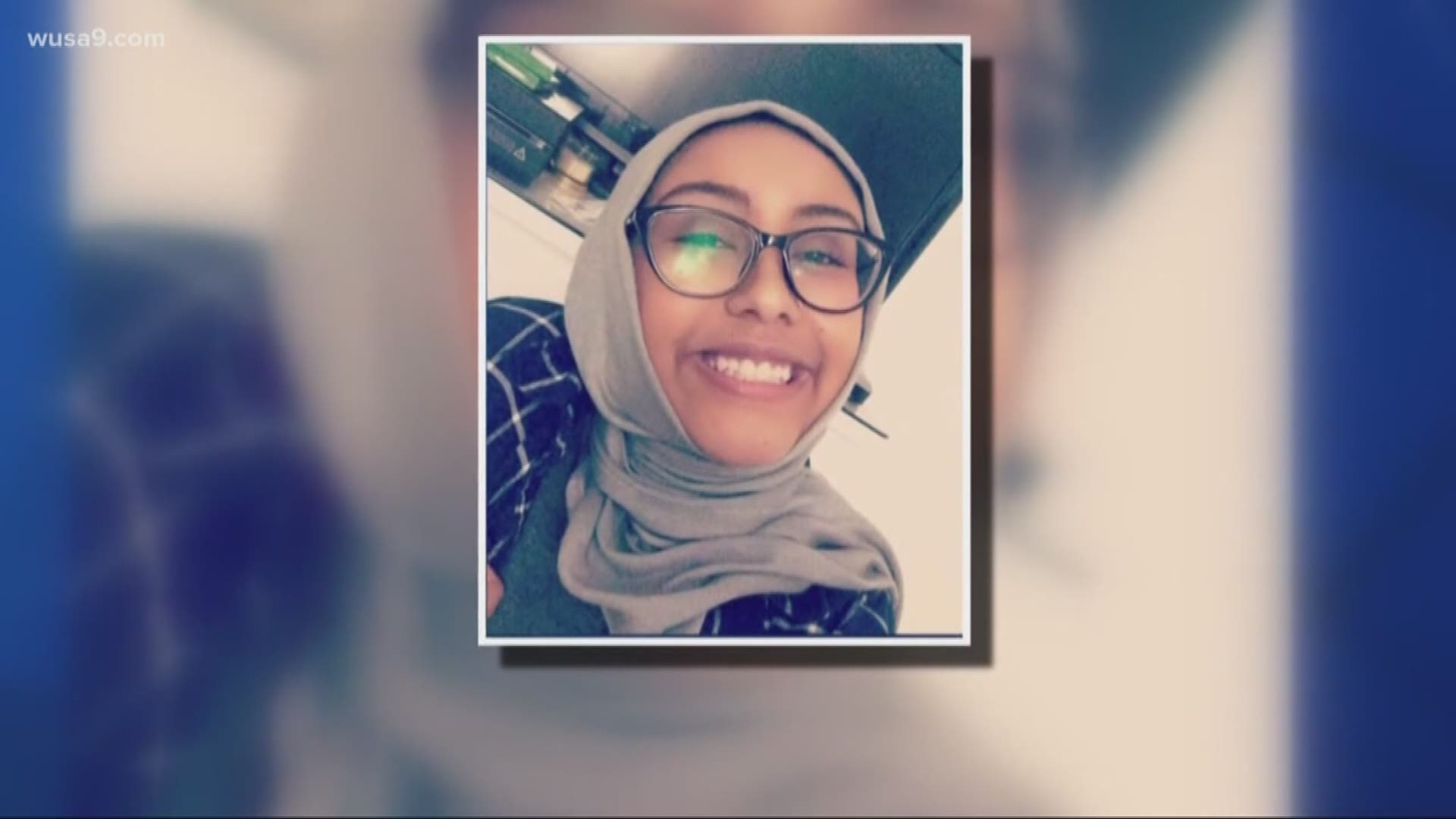 STERLING, Va. --The family of a 17-year-old Muslim girl will get the opportunity to ask the man who pleaded guilty to her murder and rape during Ramadan in Fairfax County, Va. why he committed the crime.

Her father, Mohmod Hassanen, said his daughter was with friends in the early-morning hours of June 18, 2017. They were on their way back to mosque for early morning prayers when the teens and Martinez-Torres got into an argument. Police said Martinez-Torres chased down the teens with a baseball bat and struck Nabra. He then abducted her.

Council on American-Islamic Relations executive director Nihad Awad said the sentencing was painful for everyone, including her father.

"I surrender my case to God almighty," said Mohmod Hassanen as tears rolled down his face. "I hope and I consider her to be a martyr in the eyes of God. All praise to God and thank you so much."

The victim's father believes his daughter was targeted because she is Muslim. His lawyer, Gadeir Abbas, elaborated.

"The collection of information is not done yet. The plea agreement includes a provision that allows the family to ask the defendant directly exactly why he did this. That is a question that will continue to be explored as this case progresses," Abbas explained.

Though it was not mentioned in the court hearing, ICE tells WUSA9 that Darwin Martinez Torres is in the country illegally. Ice provided this statement:

On June 19, 2017, ICE lodged a detainer on Darwin Martinez Torres, a citizen and national of El Salvador, with the Adult Detention Center in Fairfax, Virginia. ICE lodges detainers on aliens who have been arrested on local criminal charges when the agency has probable cause to believe an alien is removable from the United States. Mr. Martinez Torres has no prior encounters with ICE.

Martinez Torrez will be sentenced on March 28, 2019. He is expected to get life without parole.

"The family looks forward to that sentence being imposed on the defendant," Abbas said.