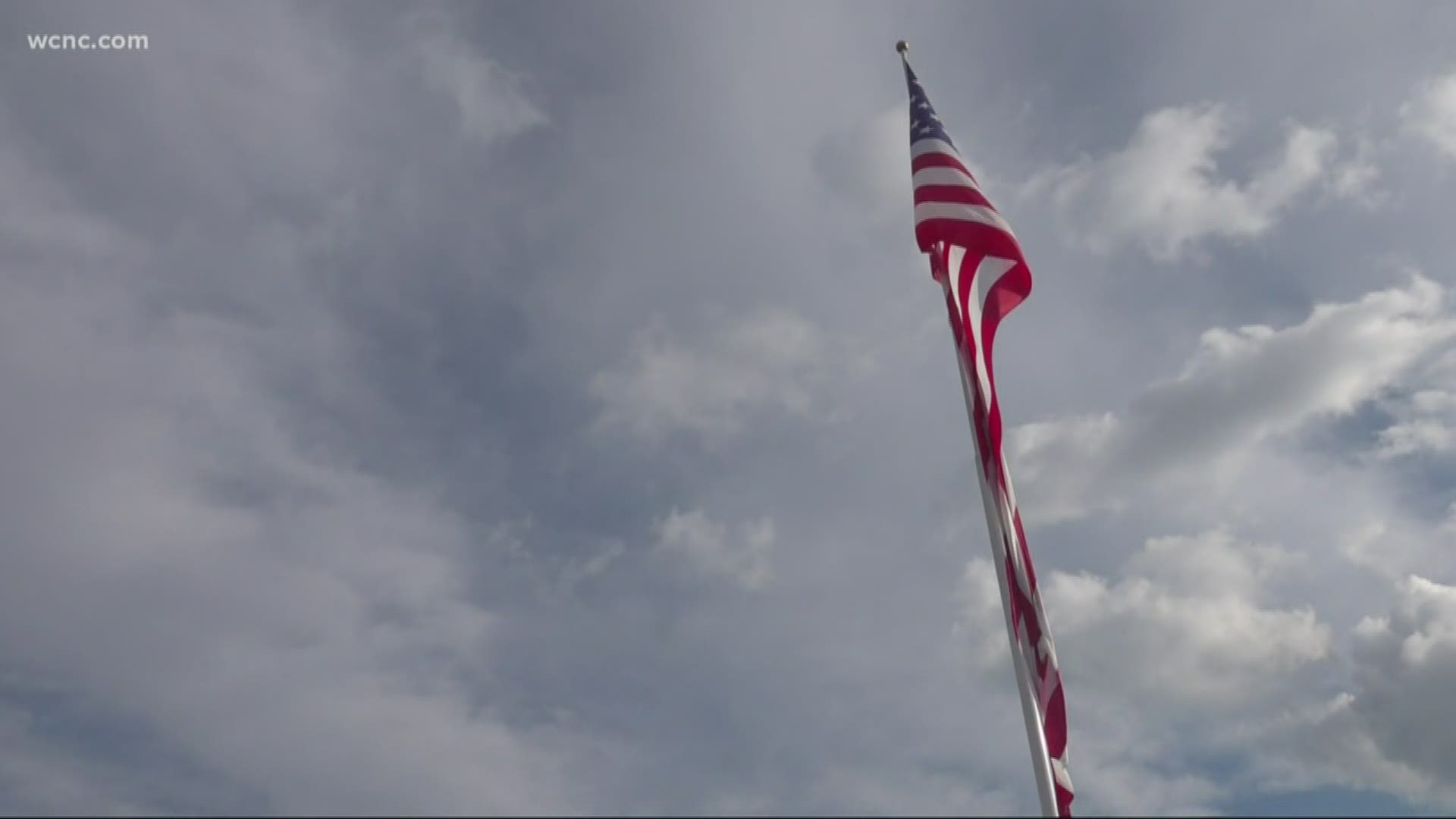 STATESVILLE, N.C. — The Statesville City Council has reached an agreement with Gander RV that will allow them to fly their large American Flag.

The debate over the massive flag has been going on for over a year. The 40 by 80-foot flag can be seen from Interstate 77 as you enter the city.

The mayor first announced the settlement agreement, which includes Gander RV paying $14,350 for their violation and $2,000 for legal costs. The city will amend the ordinance so the massive flag is in compliance.

Council approved the first reading of the request to amend the ordinance to allow the larger flag now flying at Gander RV Monday evening. The vote was unanimous. The second reading will be on October 21.

Supporters of the American flag came out to the city council meeting to express why the issue was so important to them.

“I served in the military during Vietnam and I had a lot of friends give their life for the flag,” Veteran Sonny Dill said.

Once council announced they had reached an agreement that would allow the flag to continue to fly at Gander RV the crowd let out a cheer in celebration.

“They made it happen to do what was right not what we wanted," said supporter Donny Bradley. "That flag stands for freedom and they didn’t take that away."

People living in the area have told NBC Charlotte they love the flag, but city officials previously said the issue has nothing to do with patriotism. Rather, they've said the size of the flag goes against the permit agreement between Camping World and the council.

The city has also previously said it violates a city-wide ordinance.

Back in May, Camping World posted to Facebook claiming the city filed a lawsuit against them and is fining them $50 a day dating back to October 2018, which totals more than $10,000.

The CEO of the company flying a huge American flag in Statesville has previously said he'll pay the fines the city is demanding but will not take the flag down. He said he's even willing to go to jail over this debate.

RELATED: CEO of company flying massive flag in Statesville says he will not back down