Eatery has nearly 70 years in business 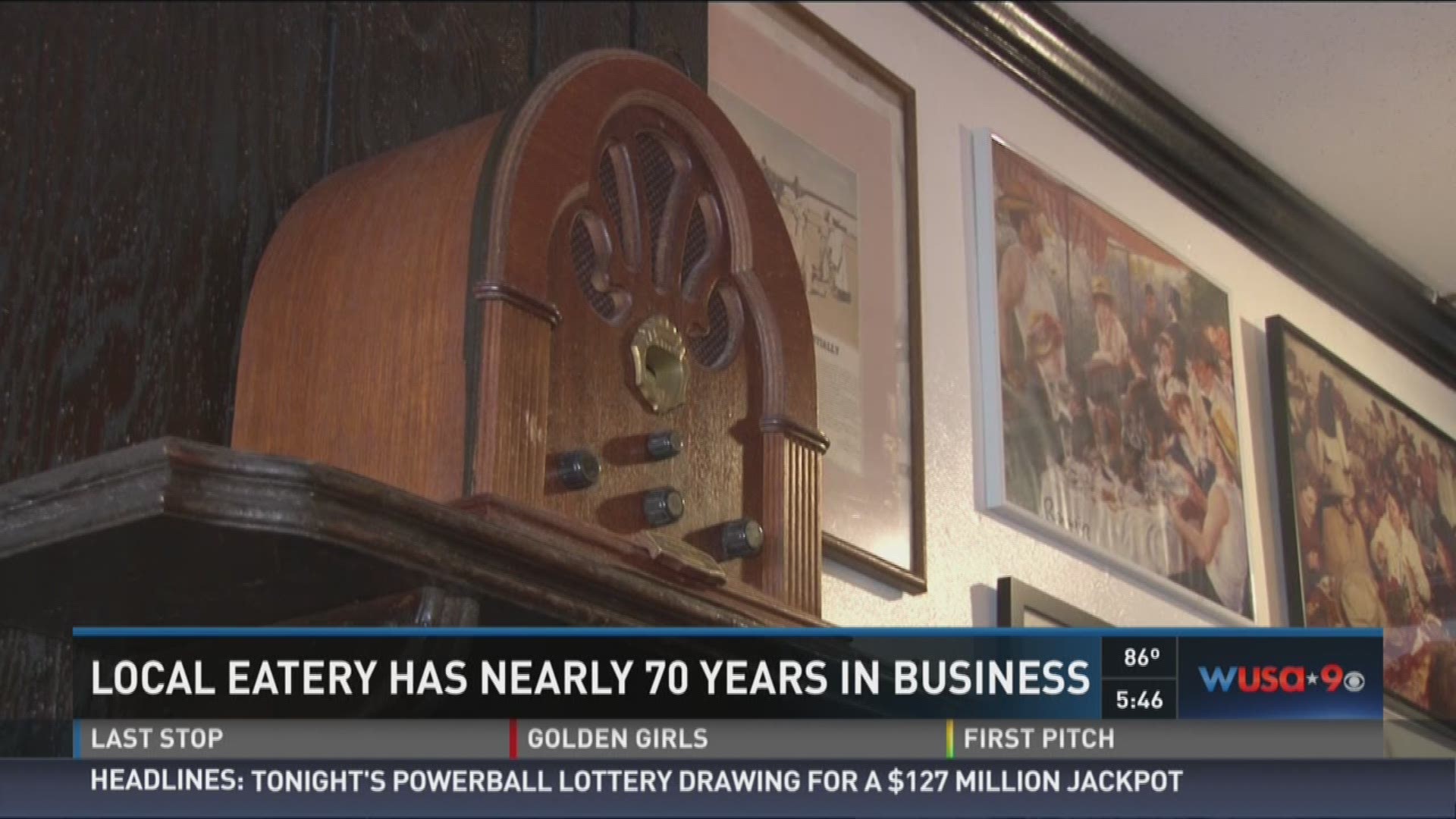 The Maryland Comptroller’s office honored a Silver Spring eatery for being in business for get this, nearly seven decades!

That's about 20 years older than Ben's Chilly Bowl and it is also known around the world, but for a more provocative reason. The owner tells WUSA9 his secret to continued success, you may have heard the saying!

"If things are not broken, you don't fix them. That’s the way I felt all those years about this place,” said Paul Zlotnicki about his restaurant, the Woodside Deli on Georgia Avenue in Silver Spring, MD. Having just turned 71-years-old himself, Zlotnicki says the business is almost as old as he is. He didn't start it, but for the past 28-years, has tried to keep it the exact same. When it comes to the food, patrons from Virginia to Maryland and D.C. give it raving reviews.

"I’m a big fan of the omelets and their triple-decker sandwiches,” said Mark Tieri, from Fredericksburg, VA. He says it’s is Montgomery County spot whenever he’s in town for work.

What’s also unique about the deli are the walls, which tell the DMV’s story and some world history.

"We call it the adult corner because you can see ladies on the walls here but actually those paintings are from a very known painter, Vargas is his name,’ slot Zlotnicki.

It's actually the ladies who made headlines there. Not these pin-ups, but ‘Ladies Night’ when women were offered a discounted price. A male customer complaining, resulted in a 1980s sex discrimination lawsuit against the previous owner, who then reportedly decided to institute ‘Skirt and Gown night,’ offering a discount to any male or female in the dress.

"it was funny and exciting,” laughed Zlotnicki. He used to have newspaper articles of the story up on the wall as well. It's now one of the many stories told at the Woodside Deli. The staff most likely have more. A few tell WUSA 9 they’ve been employed there for nearly 30-years. Some of the patrons say they’ve been coming for about 40 years, it's all part of the restaurant's history.

Larry Berry says he was a student at Howard University when he first discovered the diner.

"I used to ride the bus that came straight up Georgia Avenue …one day I stopped and have been coming ever since,” he said.

“The pictures bring back memories. Different times. Different periods of Washington. The way we grew up,” said a newer patron eating with Berry.

A member of Maryland Comptroller’s Office told WUSA 9 it’s local businesses like this that are the backbone of our economy.