WUSA9 investigation reveals bullying may be underreported in schools across Maryland, DC, Virginia 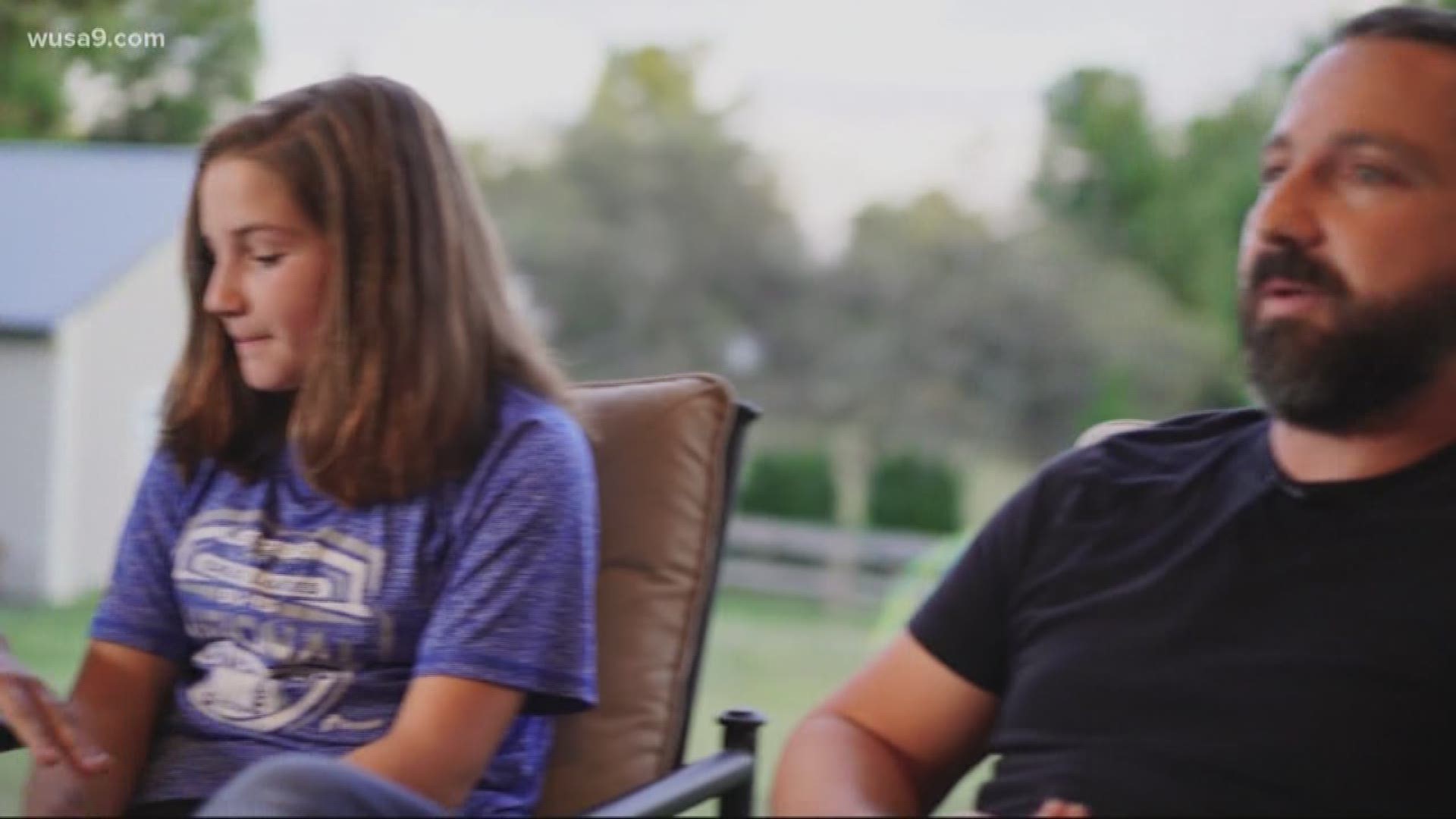 ELLICOTT CITY, Md. — Many believe bullying has never been a bigger problem in our society or our schools.

Now, a WUSA9 investigation uncovered potential underreporting of bullying across public school classrooms in Maryland, Virginia and the District of Columbia.

And that’s no surprise to the family of Howard County, Maryland Middle School Student Joelle Lazaris. They believe Joelle’s story is one that is going untold in countless schools across the area.

“It definitely seems like we were living in a different world,” said Joelle’s mom, Christina Lazaris. Christina says her daughter was just 11-years-old when she was bullied mercilessly at her Howard County Middle School in 2016.

“And that’s where she just,” Christina said, her voice trailing off. Joelle finished her mom’s thought.

“Couldn’t take it,” Joelle said. “I really didn’t know what to do.”

The family says things got so bad Joelle lost all hope and attempted suicide.

“Next thing I know she’s racing towards the road,” Christina said, breaking down in tears. “And I scream out to Jimmy that she’s, what we thought, ready to get hit by a car. And he had to basically tackle her in the front yard.”

“Super shocked, you know,” Jimmy Lazaris remembered of that moment. “Never thought this would happen to us.”

In the months that followed the Lazaris family said there would be more bullying and more attempts by Joelle to take her own life.  A once cheerful and outgoing sixth grader, Joelle’s parents say she was twice hospitalized for depression over what she said was happening at her school.

Joelle wasn’t the only one who felt helpless.

“And I think Jimmy and I were at the point we didn’t know what to do as parents,” Christina Lazaris said.

The Lazaris family says the kids Joelle reported for bullying denied doing anything wrong when confronted by administrators.  And without witnessing any of the bullying first hand, Joelle’s parents say the case became a she said, they said, and the alleged bullies were allowed to stay in the school.

Eventually, it was Joelle who transferred out.

“It’s not OK. It’s simply not OK,” Joelle’s father Jimmy said. “And in this day and age I think it’s highly unacceptable that it just gets swept under the rug.”

RELATED: Many want answers after bullying allegation: 'They need to tell us what’s going on and how they will not have this happen again'

Howard County School Superintendent Michael J. Martirano told WUSA9 student privacy laws prohibit him from saying anything about Joelle’s case. But he did want to talk about the challenges schools face overall in identifying bullying and helping the students involved.

Howard County Schools is now in the process of revamping the way it tracks bullying to avoid under counting the number of incidents.

“It shouldn’t be complicated,” Martirano said. “If somebody is reporting bullying we take it at surface and face value that it’s bullying. And through that investigation process respond to the student in a very clear and focused way.”

In its 2017 School Crime Supplement, the National Center for Education Statistics and Bureau of Justice indicated that, nationwide, about 20% of students ages 12-18 experienced bullying.

Seventeen-year-old Sabrina Reyes, a West Potomac High School student, believes there is something wrong with those numbers. She said those statistics don't match her experience.

Reyes believes the reason bullying can go under reported is because it doesn’t always look like it used to. Rather than kids getting shoved into lockers, Reyes said these days bullying takes on more subtle forms, like students getting singled out in social circles and targeted on social media.

By law that still counts as bullying even if the action doesn’t take place on school grounds.

“It just gets easily dismissed especially by the administrators and the teachers,” Reyes said. “Because there’s that whole culture of people can’t take a joke or whatever."

In a statement sent to WUSA9 Tuesday, Fairfax County Public School’s spokesperson Lucy Caldwell said students have a number of options to report bullying, including by phone, in person or confidential tip lines.

Caldwell also wrote that the high number of schools reporting zero bullying incidents can be a result of the way Fairfax County Public Schools investigates and classifies alleged bullying incidents. Here’s a portion of Caldwell’s statement:

"Frequently, the incidents- while reported initially as bullying- are re-categorized into other areas as mistreatment or inappropriate behavior towards another individual. They are then handled accordingly; intervention measures are taken, and steps are taken to address the situation or behavior at the school level, typically.

While it appears that there are zero documented incidents of bullying for the 18/19 school year according to the VDOE webpage pertaining to West Potomac High School referenced in your report, there are incidents documented in other categories, such as Against Student, Against Person and Related to Behavior that could be documented as an outcome of an investigation into an alleged bullying incident, based upon the findings.

FCPS is deeply committed to creating a safe and positive school environment where all students can learn."

But things have gotten better for Joelle Lazaris. She’s in a new school finishing up the 8th grade. Still her parents worry, 'What if this happens again?'

“I love you sweetie,” Chritina Lazaris told her daughter as she gave her a kiss on the forehead as the family’s interview with WUSA9 came to a close.

Through it all, Joelle finds a message of hope in her struggles.

“Just to keep pushing through,” she said as she brushed away a tear.  “Don’t ever stop. Things will always get better in the end, and it they don’t get better, then it’s not the end.”

While some believe schools need to do more to identify and prevent bullying there’s are warning signs parents and even students should be looking for as well.