Cider and pie? This could be what sweet dreams are made of

The Rosslyn Cider Fest is coming to Arlington Oct. 17, and features a pie-eating contest. 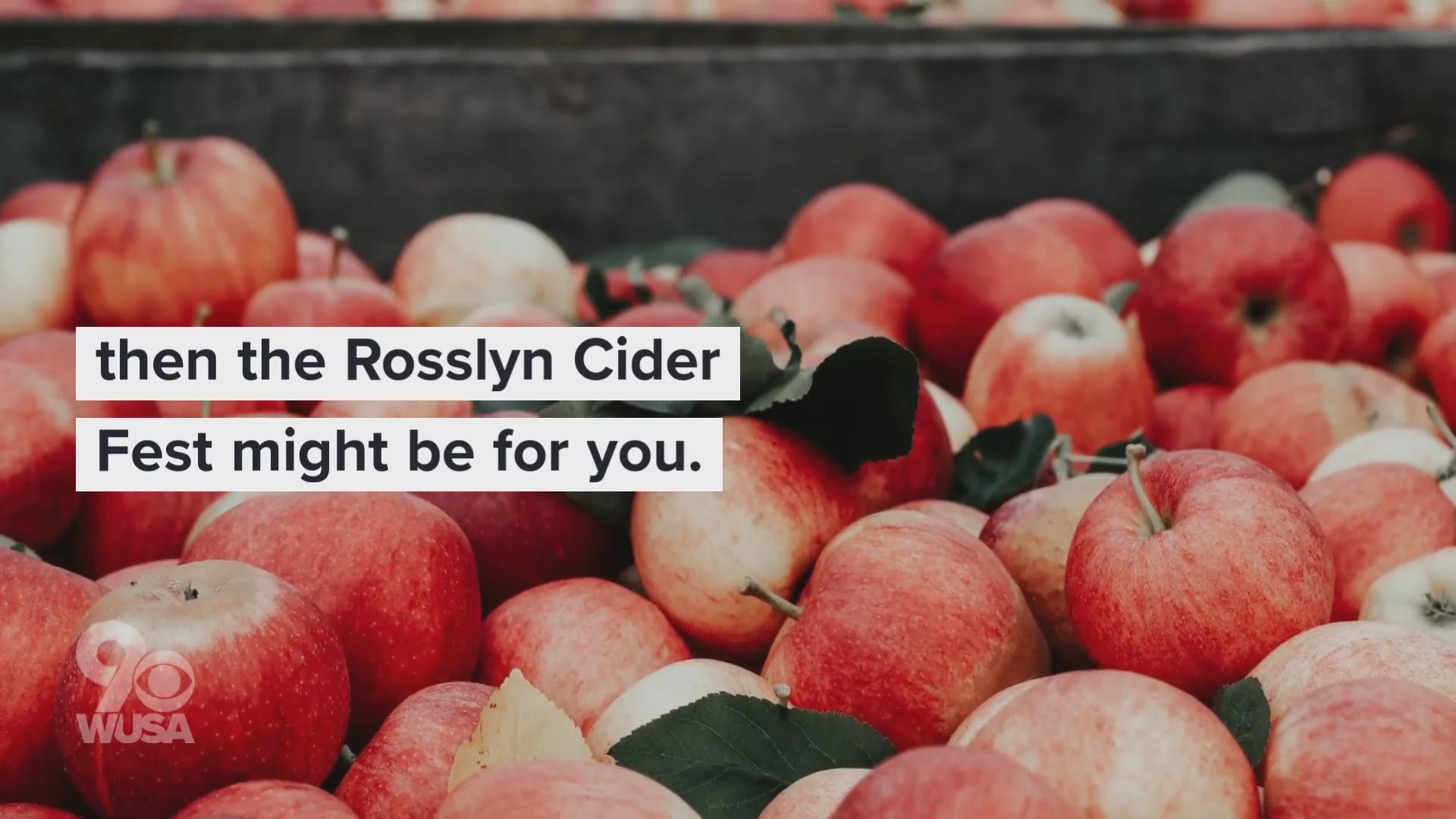 ARLINGTON, Va. — If you've got a sweet tooth, then the Rosslyn Cider Fest might be for you.

The hard cider festival is coming to Rosslyn on Oct. 17, and multiple cider breweries are expected to show and set up stations in Gateway Park. Participants can taste the ciders and explore different varieties.

But what's better than cider? Cider with a side of pie.

The festival will also include a pie-eating contest later in the afternoon. The contestants have one minute to eat an entire pie, and they're competing for a "basket of Rosslyn goodies."

RELATED: The road to Republic Restoratives, a female-owned DC distillery

"We're sure you've done your share of wine and beer tastings, but do you know how to taste cider and distinguish between varieties?" the Rosslyn Business Improvement District's website said. "Well, now's your chance to learn more about this delicious alcoholic beverage that's favored by many who don't like beer."

While Arlington has held several other cider festivals, this is the second time Rosslyn has held a cider-only festival.

So if you like cider, pie, or both combined, you might want to check this one out.