Rockville man can't get to physical therapy because of broken sidewalk. He claims Centurylink hasn't fixed the problem in 3 weeks

The Kuathamer family has contacted 311, Montgomery County, Centurylink and the folks with the American Disabilities Act and no one has been able to fix the problem. 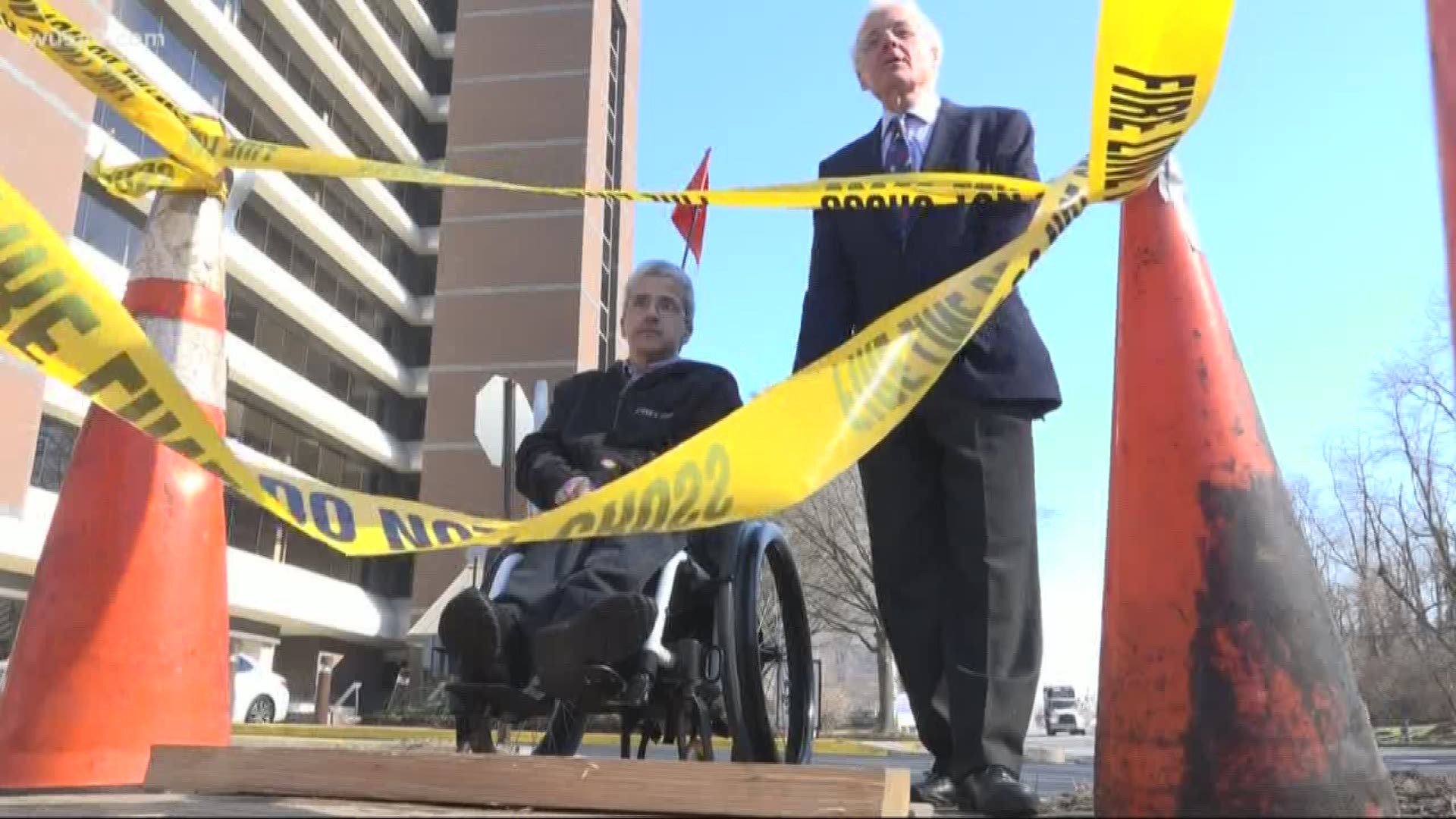 ROCKVILLE, Md. — A Rockville man said he's fought his whole life to be independent, using a wheelchair to get around since he was 5 years old.

He says his latest hurdle is that Centurylink and Montgomery County is failing to help him, after a box caved in, creating a big hole in the sidewalk near his house. WUSA9 learned late on Monday that Montgomery County, after some probing from WUSA9, plans on putting metal plating to make the sidewalk safe and passable for residents on Tuesday.

Spina Bifida took away Jeffery Krauthamer's ability to walk when he was a child, but it did not rob him of his independence. But for the past three weeks, a huge hole in the sidewalk on Montrose Road near the Monteray Apartments has.

RELATED: Wheelchair users at risk of obstacles on road and sidewalks

Krauthamer uses the sidewalk to safely get to his physical therapy blocks away at the Jewish Community Center.

"I can't believe that in this day and age, they can't fix a sidewalk. It's been three weeks," said Harold Krauthamer, Jeffery's father.

There is no good way for Jeffery to get to the JCC. It's too dangerous to go onto busy Montrose Road. And on the other side of the sidewalk is a muddy ditch.

The Krauthamer family has called 311, Centurylink and even contacted the folks with the Americans with Disabilities Act, and no one has been able to solve the problem.

WUSA9 even ran into random citizens who say they called about the problem to 311 a month ago.