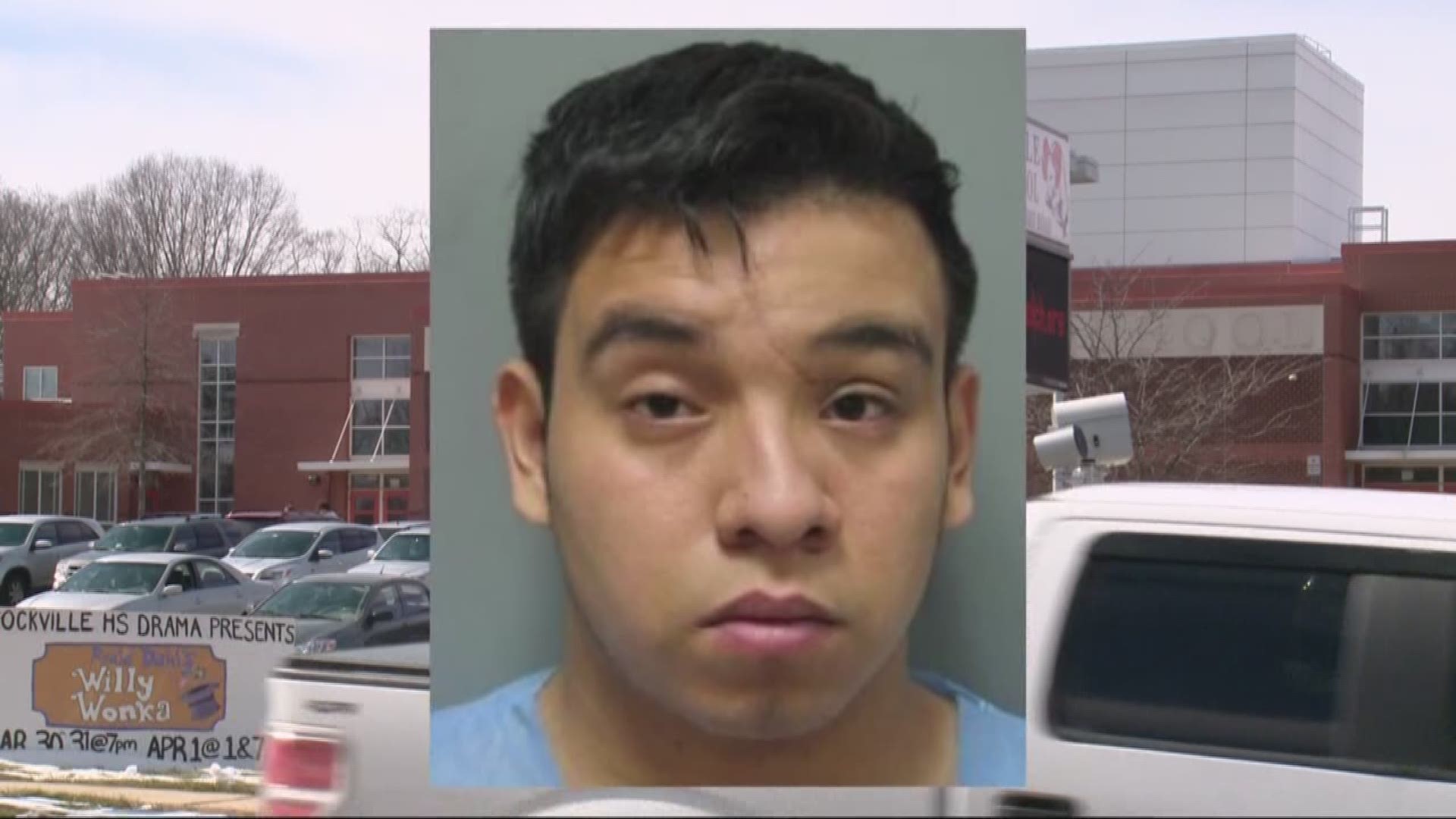 Two male students are being charged with raping a female student inside of a bathroom stall at Rockville High School Thursday morning, Montgomery County police said.

Jose O. Montano, 17 and Henry E. Sanchez-Milian, 18 of Aspen Hill were both charged with the rape of the female Rockville High School student. They are both being charged with first-degree rape and two counts of first-degree sexual offense.

US Immigration and Customs enforcement says suspect Henry Sanchez-Milian was found by a border patrol agent in Texas in August of last year. The agent determined he entered the U.S. from Mexico illegally.

ICE says he was issued a notice to appear before an immigration judge, and that it is "currently waiting to be scheduled".

Montano and Sanchez-Milian are in the 9th grade at Rockville High School.

A judge said they were dangerous and flight risks due to the fact they have only been in this country for a couple of months. Montano came to the U.S. from El Salvador. Sanchez came here from Guatemala. The judge said Sanchez had an "alien removal case" pending.

He ordered both of them held with no bond until their next court hearing. Montano will have a preliminary hearing on March 31, and Sanchez will have his on April 14.

Police have charged Montano, who is a juvenile, as an adult due to the seriousness of the crime.

The school released the following letter:

I am writing to inform you about a serious incident that occurred at our school yesterday, March 16, 2017, and share with you how it is being addressed.

It was reported to administration that a student was sexually assaulted by two students in a restroom. We immediately contacted the Montgomery County Police Department. The police conducted an investigation and subsequently executed arrests on school property of the alleged assailants. I am unable to share further details at this time as this is an ongoing police investigation.

Ensuring a safe, secure and welcoming learning environment for all of our students is our top priority. Our staff remains vigilant in the monitoring of our school each and every day. Please remind your child that if they believe they are a victim of an assault or see something inappropriate, they should immediately tell a staff member.