Ross called the new purchase “The Promise Land.” He shared an aerial view of the new space on his Instagram account. 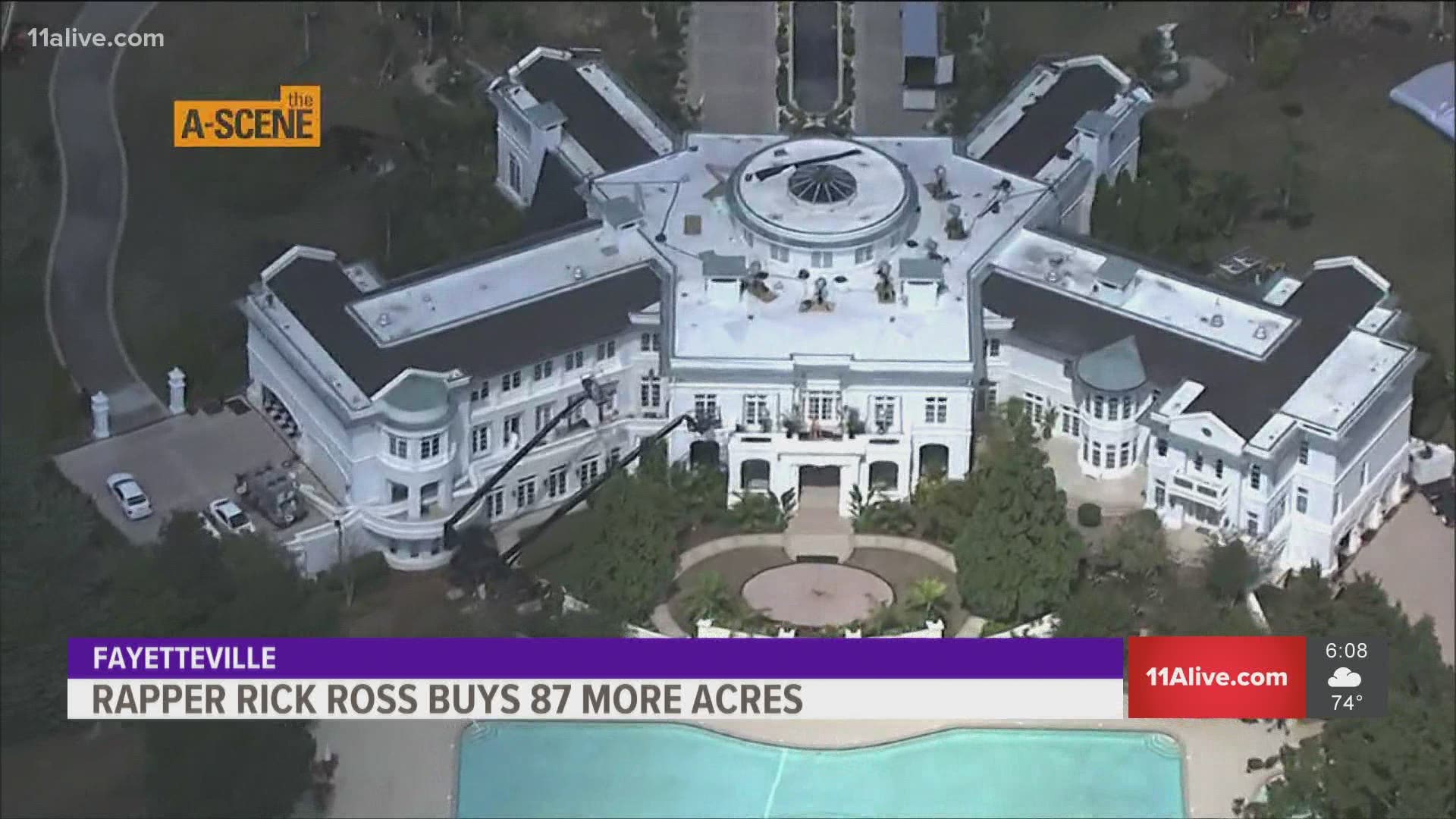 FAYETTEVILLE, Ga. — Rick Ross continues to build his growing empire one acre at a time. The rapper-turned-mogul reportedly purchased 87 acres near his Fayetteville, Georgia mansion.

According to TMZ, Mitt Conerly of Metro West Realty brokered the sale. The outlet revealed Ross spent $1 million on the large plot of land that comes with two houses “that could be renovated for Rick to live in or could be used as rentals.”

Ross called the new purchase “The Promise Land.” He shared an aerial view of the new space on his Instagram account.

“Gotta earn anything worth having,” Ross wrote.

Ross, 44, rose to fame as a Miami-based rapper appearing on songs with recording artists Trina, DJ Khaled and Lil Wayne. Hip-Hop audiences know him as being “The Boss” from his hit record with Meek Mill “I’m A Boss.”

In addition to be a hit maker, Ross has taken ownership and in franchises like Wing Stop and Checkers.

In an interview with Nick Cannon, Ross revealed that the original movie is his favorite and that was the main reason why he wanted to be part of the making of the sequel.

The mogul resides in at Fayette County estate on Old National Highway. The property was once owned by heavyweight boxing champion Evander Holyfield.