Rev. Sharpton spoke of injustices and called for change during Tuesday's celebration of George Floyd's life. 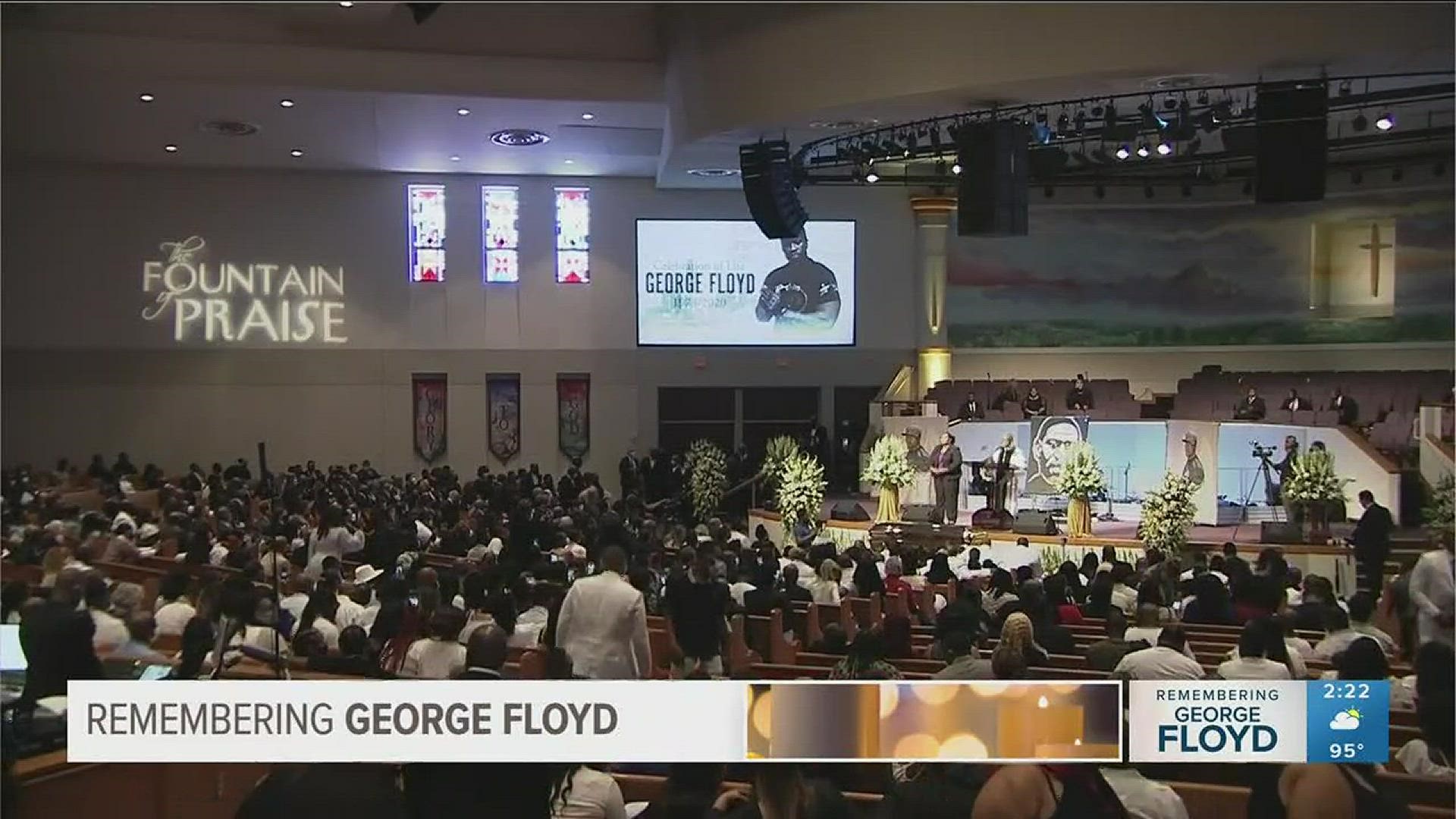 HOUSTON — It was a powerful eulogy, remembering George Floyd’s life and calling for change. Rev. Al Sharpton delivered the address for more than 40 minutes at Fountain of Praise church Tuesday, concluding a service that featured emotional addresses and resounding song.

Sharpton’s eulogy addressed injustices when it comes to treatment by police.

“Until we know the price for black life is the same as the price of white life, we’re going to keep coming back to these situations over and over again,” he said. “Either the law will work or it won’t work.”

George Floyd died on May 25 after former Minneapolis police officer Derek Chauvin knelt on his neck for eight minutes and 46 seconds. Three other Minneapolis officers stood by as it happened.

“When you can put your knee on a man’s neck and hold it there eight minutes and 46 seconds, that’s not even normal to a civilian, less known to a police officer,” said Sharpton.  “Try it when you get home to put your knee down on something and hold it down that long. You have to be full of a lot of venom, full of something that really motivates you to press down your weight that long and not give out.”

Sharpton said unless changes come from the top, what happened to George Floyd will happen again.

“Until the law is upheld and people know they will go to jail, they’re going to keep doing it because they’re protected by wickedness in high places,” he said.

During his eulogy, Rev. Sharpton recognized family members of  of Trayvon Martin, Eric Garner, Botham Jean, Pamela Turner, Michael Brown and Ahmaud Arbery, and those in attendance gave them all a standing ovation.

The Houston funeral was the third service in the last week to honor Floyd. It follows services in Minneapolis, where he died, and North Carolina.

After the service, Floyd’s body was taken by procession to Pearland, Texas, where was buried next to his mother.