Here are some roads and areas to avoid if you're traveling this Thanksgiving. 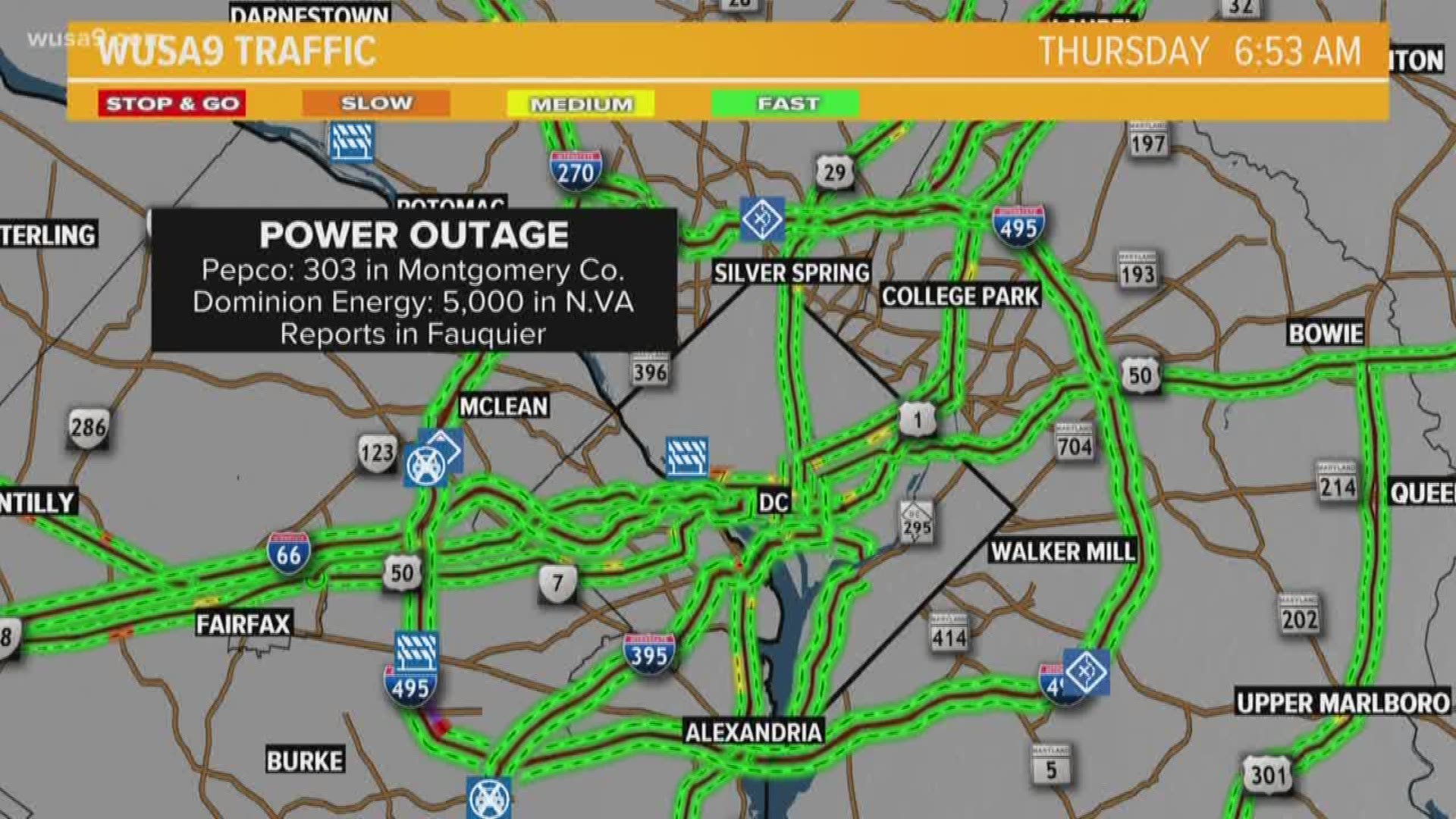 WASHINGTON — It's Thanksgiving, but that doesn't stop the weather. Fire and police departments across the DMV have reported road closures, power lines down and power outages this turkey day.

So, if you're traveling this Thanksgiving, here are some roads and areas to avoid

Montgomery County Fire said there's a tree down with wires across the road at River Road and Stoney Creek Road, and River Road and Beall Mountain Road in Potomac. The road is blocked, and wires went down on two vehicles

Occupants of the vehicles were removed, and there were no injuries

Burdette Rd blocked is closed between River Road and Bradlee Boulevard, MCFRS said. There are wires down, several trees down blocking the road, and some lanes remain blocked.

Russell Road between Monticello Boulevard and MacArthur Road is closed due to tree and power lines down, Alexandria officials said.

Officials are asking people to people to avoid the area and expect police in the area. Dominion Power has been notified.

Dominion Power estimates Russell Road will be closed for the majority of the day because of "extensive repairs." A representative from Dominion Power said that around 6:40 p.m., 160 customers were still without power in NoVa.

Redwood Ave near Bradley Blvd. in Bethesda has reports of trees and wires down and burning. The road is blocked, and power is out in the area. PEPCO is responding, MCFRS said.

Peak wind gusts Thanksgiving Day topped 40 mph in the D.C. metro and were much higher in higher elevations to the west.

This story will be updated as more information about power outages, road closures and other traffic advisories are announced.

RELATED: NYC Thanksgiving parade balloons may be grounded this year

RELATED: Planning to travel for Thanksgiving night? Another big storm in the west will cause delays