'Worst-case predictive modeling' concludes exposure could be 25-times higher than the FCC limit. 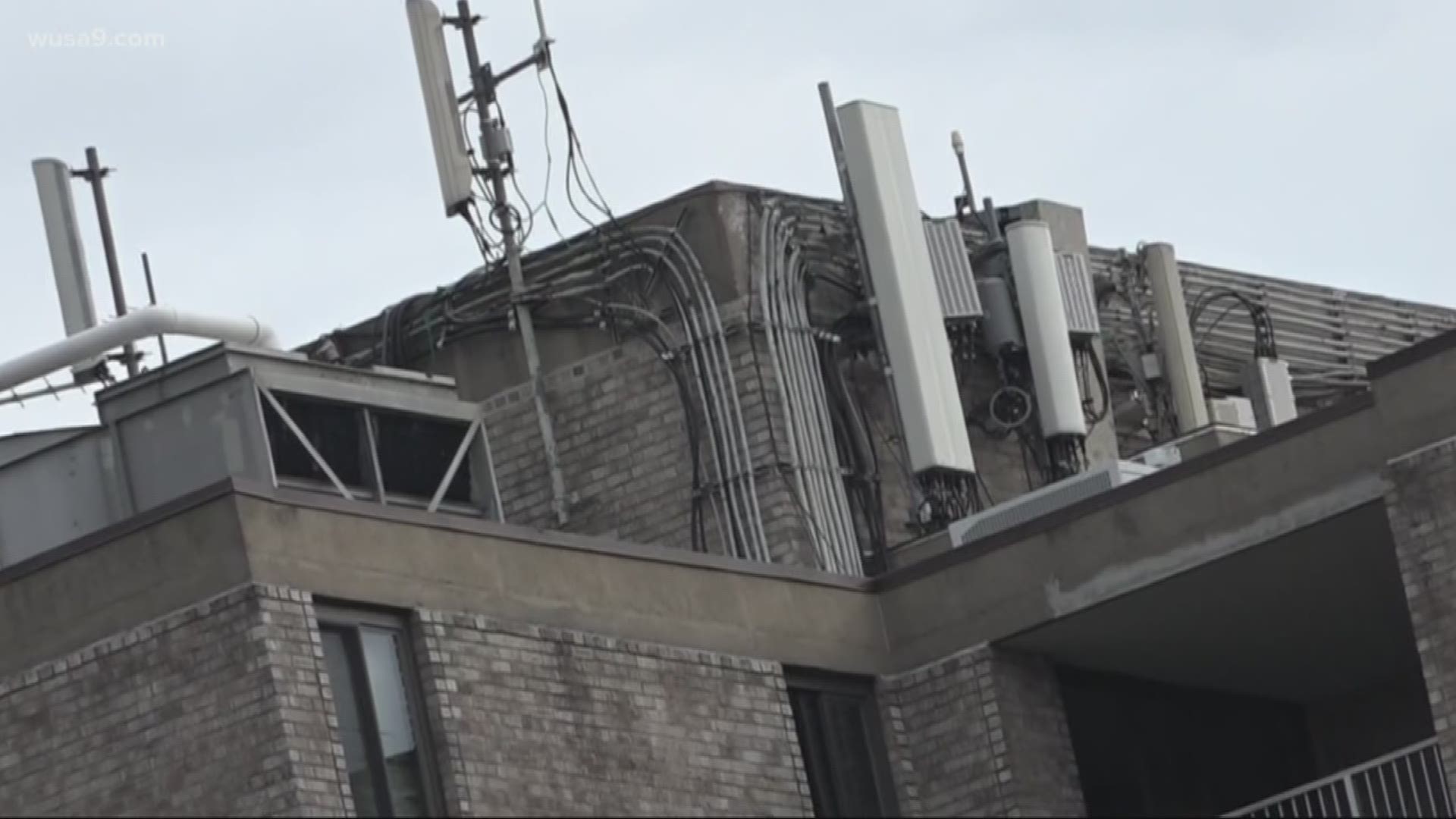 TAKOMA PARK, Md. — A routine Montgomery County application to upgrade a dozen wireless network antennas on the 189-unit Park-Ritchie apartment building in Takoma Park has been delayed until Dec. 11, because Takoma Park's City Council is concerned about radio frequency levels.

But late Thursday, a City of Takoma Park blog post said:  "There is no indication that RF levels exceed standards inside the building."

The delay comes after the Takoma City Council sent a letter to the Montgomery County Transmission Facilities Coordination Group, which has oversight of wireless facilities in the county.

"We remain concerned about what appears to be an alarming exceedance of the FCC limits," the Council wrote. "We are concerned that the recommended mitigations may not be sufficient to protect workers or anyone else who accesses the roof."

"Further, it is not clear the extent to which residents living on or near the top floor of the building are possibly being exposed to RF emissions that exceed acceptable limits," the letter continued.

Credit: City of Takoma Park Maryland website
"Based on the assessment, there are no areas where RF emissions would exceed the FCC standard where the public would be exposed."

There are 33 wireless antennas on the roof of the building.  Verizon has applied to upgrade the 12 antennas it owns.

Under a section called "Worst-case predictive modeling," the report states there are areas on the roof of the building where "the maximum power density generated by the Verizon antennas is approximately 2,598.45% of the FCC's general public limit."

The modeling predicted exposure five-times higher than the FCC limits for exposure to workers in some locations on the roof.

A spokesman for Verizon said all its equipment meets FCC safety guidelines.

In a City of Takoma Park blog post published Thursday evening Braithwaite wrote: "Based on the assessment, there are no areas where RF emissions would exceed the FCC standard where the public would be exposed."

"The areas where emission exceeded the FCC level are above the roof on the main roof level and at the roofline outside the building envelope on the lower roof level on two sides of the building," Braithwaite added. "There is no indication that RF levels exceed standards inside the building."

The city's blog post points out that no actual testing has been done at the site.

The post adds that the roof is off limits to residents and is only accessible to workers who are warned of potential RF hazards by signs, as required by regulations.

RELATED: Gas station ditches gas and goes electric; A sign of the future?