'Put down your guns!' | Kids talk trauma of living in the heart of gun violence

Saturday, an 18-year-old was shot and killed in Southeast D.C., about a mile from the TraRon Center, where these children go for counseling 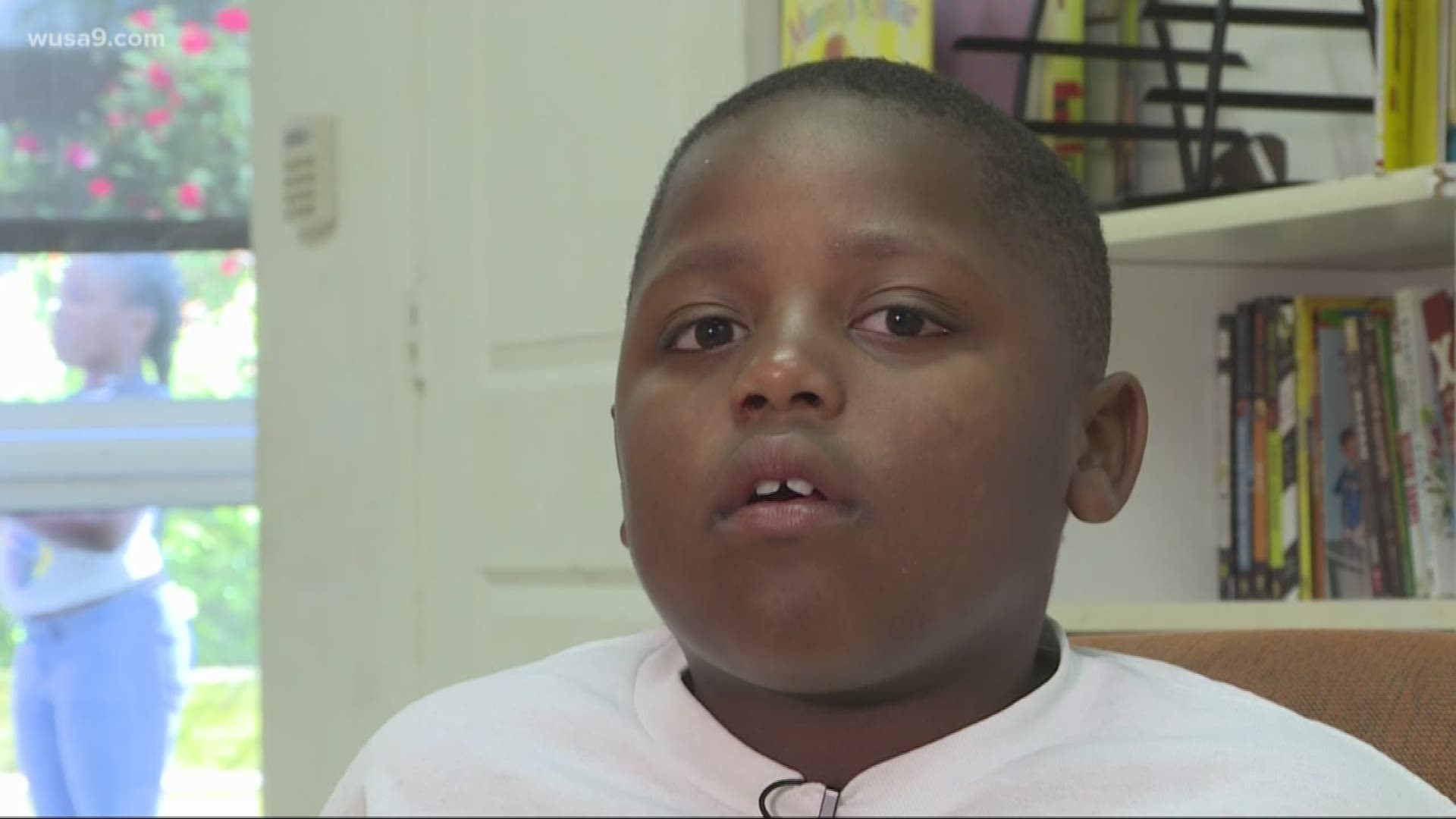 WASHINGTON -- Advocates say children tend to be the "forgotten voices" in the continuous conversation about gun violence in D.C.

And yet, this trauma follows them throughout their lives.

The larger conversation centers on D.C.'s youngest minds, who should be able to spend their days as happy-go-lucky elementary kids, playing outside on the jungle gym.

The internal reality, however, is pretty much at all times, they have something serious on their minds.

“It don’t feel comfortable with the gun violence, because some kids might get shot, and some kids already died," said third grader, Amari Lyles.

Amari goes to the TraRon Center in Southeast multiple times a week to get trauma counseling.

There, they can let loose and play while talking about the tougher topics that pervade their lives.

“It’s making me scared and making me, I want to run away from D.C….because it’s always shooting and killing and stabbing," said second grader, Aiyden Wiggins.

Aiyden's older sister, Arnaye Wiggins says she can hardly sleep because of it.

“Sometimes when I’m laying down, I just hear it, and I get scared, because I be outside a lot. It could be me or someone close to me," said Arnaye, an eighth grader.

The trauma of sleeping to a lullaby of gunshots every night sticks with these kids when they wake up.

"Every day, we talk about it, and sometimes I be scared to talk about it, because I feel like I don’t want to get shot," said fifth grader, Samiyah Coates.

That's why Ryane Nickens, who founded the TraRon Center to help kids affected by gun violence heal through the arts, wants the community to hear directly from them to understand what they're going through.

“They are the forgotten voices of gun violence, because it’s their uncles, their mothers, and their family members who are impacted, and we’re not hearing their voices," said Ryane Nickens. "And we wonder when they become teenagers and young adults, well how could a child or someone do something like this? Because their trauma was never addressed…so we want to prevent that."

The center gives these kids a healthy way to deal with their trauma, with counseling through crafts.

They've made a 'random acts of kindness' tree to recognize their classmates' good work.

As the TraRon kids do these crafts and try to forget about the violence for a moment, they have a message they want the people pulling the trigger to remember:

For more information on the TraRon Center, you can visit their website here.