Push for DC statehood goes national ahead of 2020 presidential election

'If the votes of 51 Senators is enough to put a Justice on the Supreme Court it ought to be enough to give 700,000 Americans representation after more than 200 years of waiting.' 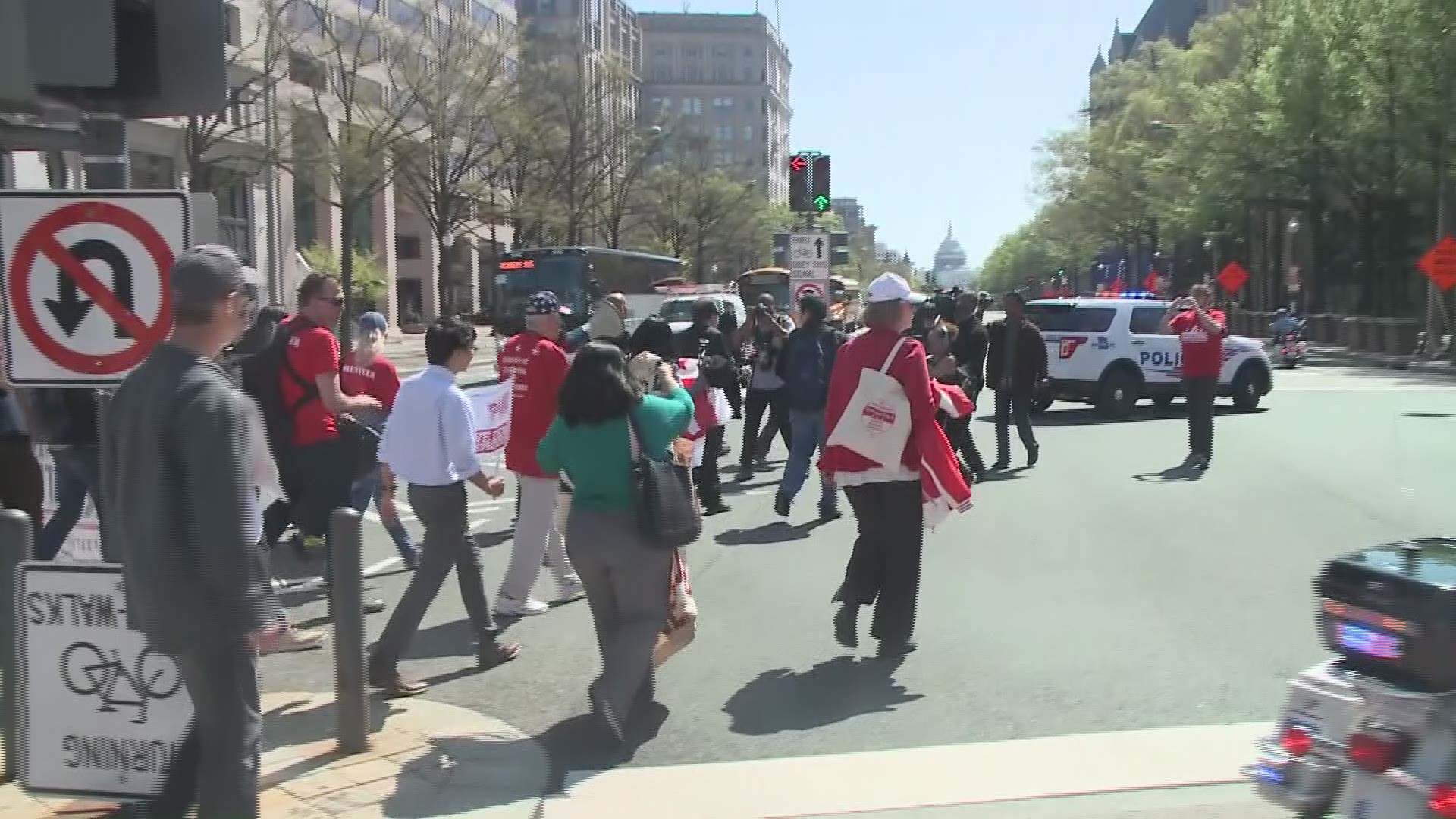 WASHINGTON -- America is about to find out about the fight to make D.C. the 51st state.

A new coalition is set to launch Tuesday, called 51 for 51, focused on the need to make statehood for D.C. a reality, with 51 votes in the Senate.

“Washington, D.C. has 700,000 Americans who don’t have a voice in Congress. 51 for 51 is a campaign to pass a law to make D.C. a state — and we are demanding that the Senate amend its rules so that 51 votes is enough to pass a D.C. statehood bill in the Senate,” the group posted on its new website.

“If the votes of 51 Senators is enough to put a Justice on the Supreme Court it ought to be enough to give 700,000 Americans representation after more than 200 years of waiting.”

Part of the strategy will include deploying some of its members to early voting states in next year’s presidential primary. The members include local and national groups involved in the D.C. statehood fight.

Members will be engaged in an awareness campaign with lots of advertising and door-knocking.

“The people of D.C. deserve to have a seat at the table,” John Burch from Neighbors United for D.C. said. “When they hear American citizens pay taxes, yet are denied representation in Congress, at a gut level, people know that's fundamentally wrong.”

Most Democrats eyeing the White House support D.C. statehood, with Senator Kirsten Gillibrand being the latest. She shared a tweet early Monday from 51 for 51.

The group wants presidential candidates on the record, with a promise and a plan to make it happen.

“This summer, we will work to further nationalize our fight and make sure that every American knows that this injustice cannot continue,” Congresswoman Eleanor Holmes Norton said in a statement.

A 51 vote minimum would likely mean Democrats need to take the Senate in 2020, because Republicans have refused to take up the issue.

A Democratic House of Representatives supported D.C. statehood with an historic vote earlier this year.