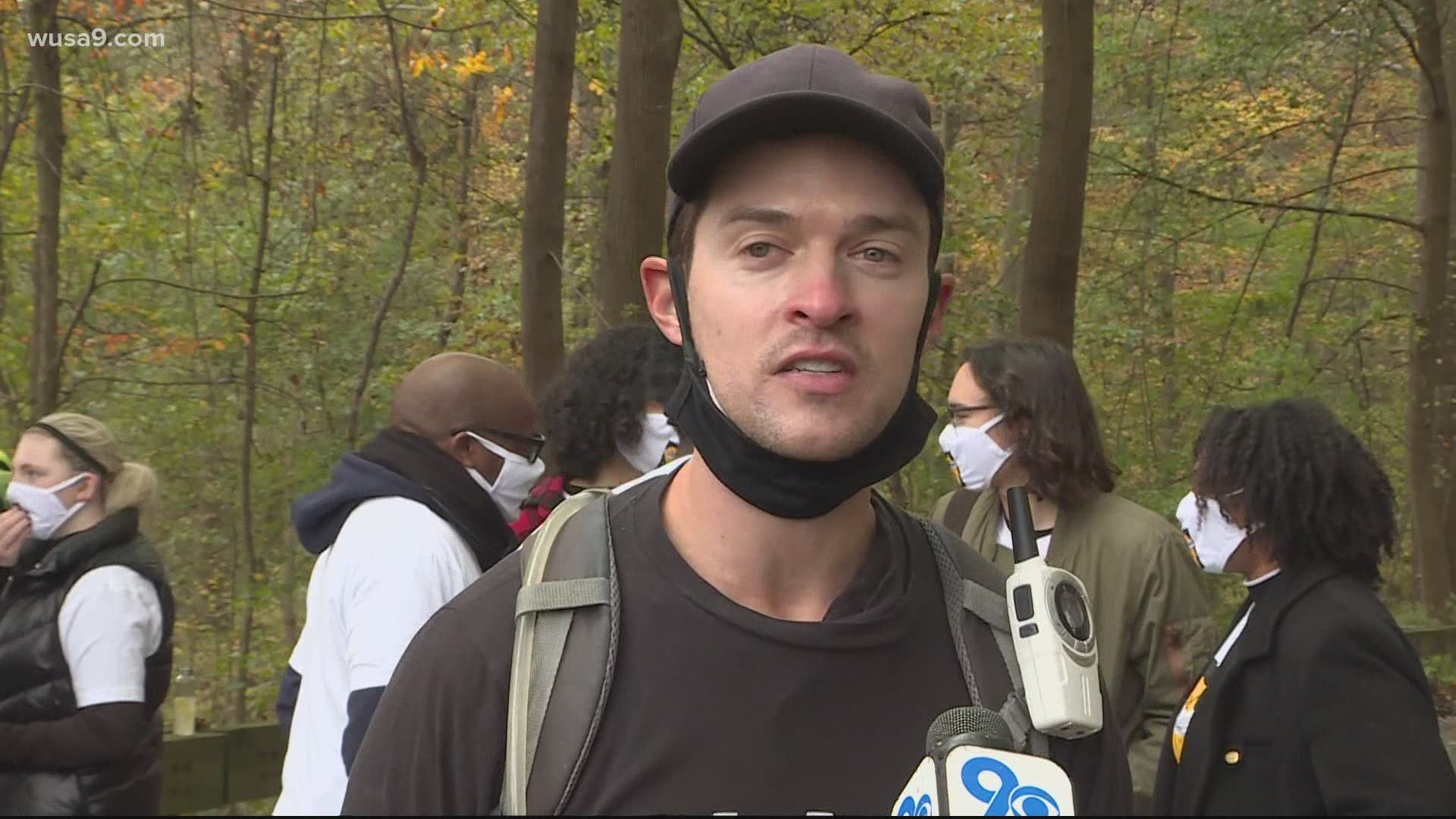 He started his painstaking journey at the end of August and ended Saturday afternoon at Black Lives Matter Plaza in D.C.

“I realized that because of the color of my skin, I can walk through rural Mississippi without fearing for my life in a very serious way," Bliss said. "I will get that extra degree of safety. I have had loaded AR-15s pointed at me, but they didn’t pull the trigger, you know what I mean, so I have this ability and I like that I’m able to use it in places where other people may not feel safe.”

Bliss, who has produced multiple viral socially conscious videos over the years, originally visited Harrison, Arkansas this summer for another initiative. He held up a Black Lives Matter sign on the side of a road in Harrison, which is home to the Knights of the KKK headquarters.

There, he received hours of hostility and harassment — even death threats.

One man is pictured driving by, saying, "White pride worldwide!" and another who said, "About 10 minutes, I'm going to be back. You better be f***ing gone."

This is Rob Bliss. ⁦@robblissgr⁩

He just walked 1500 miles from Jackson, Mississippi to #BLM Plaza for #BlackLivesMatter.

His only request: walk with him.

In particular — he wanted to walk where others might not feel safe. Others, like Duke Ellington Senior, Jordan Jennings, who is Black.

Jennings met Bliss at his starting point in D.C. Saturday to cheer him on for his final five miles.

"I‘m a kid, and I shouldn’t be thinking about am I going to make it to see the next day? What’s going to happen if I get stopped by the police at the metro? I shouldn't have to think about stuff like that, but I do. I don’t have the luxury to not think about stuff like that," Jennings said. "I want that luxury. We all want that luxury for ourselves.”

Bliss' mom surprised him Saturday, flying in from Michigan to accompany him for part of his finale.

“Since he was like 17, he’s been doing these crazy incredible things that I was trying to tell him you couldn’t do," said his mom, Denise Blumberg. "But he did it! And he has to know that we’re here to support him and we’re so proud of him.”

Throughout his walks, Bliss waves at cars and people, encouraging them to join him on his walk.

Bliss said this walk is just the beginning. He hopes it inspires others to do their part.

"I am just a guy. All of us have our own little connection, our own contribution," he said. "We have to keep walking hereafter, even after we make it to the plaza (Black Lives Matter Plaza in D.C.), because there’s so much more to do.”