Praying in protest: Preachers lead crowds in worship at the White House

Reverend George Gilbert is asking for people to "repent, reform, and refocus." 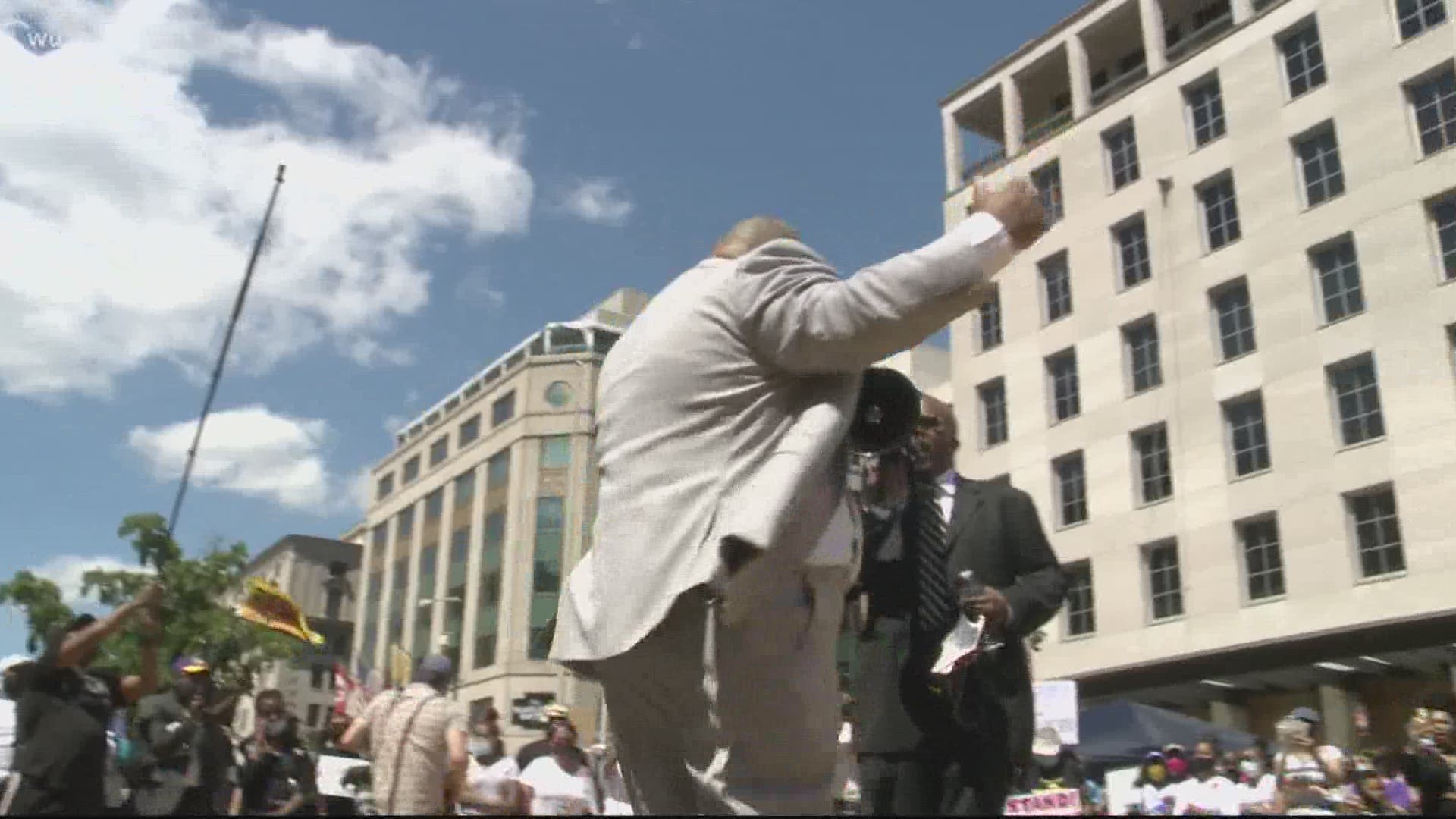 WASHINGTON — As protesters continued to chant and march near the White House, D.C. faith leaders added to their message with prayer.

One small group held their own prayer circle outside of the Department of Justice early Sunday afternoon — so they could socially distance.

Rev. Floyd said he wants his followers’ approach to begin with prayerful hearts and end in action.

“It’s incumbent upon us to make a difference as a church, to leave the four walls of the church and put our boots on the ground,” he said.

Now, he is calling for an independent review board to review all incidents of deaths of African Americans and minorities at the hands of police as well as injustices based on cruelty or misconduct by the police department.

A mile away, a group of preachers marched their "boots" to the White House.

“Our churches are with the people,” Reverend George Gilbert with the Coalition of Black Churches said. “We want everyone to know that we stand in solidarity. We stand with them in the streets.”

That solidarity was reciprocated when a group approached their prayer circle, chanting, and then stopped when the Reverend came up to them.

They agreed to pause and join in the prayer — even lending the preachers their megaphone to magnify their message.

Their words drew in hundreds of people standing on Black Lives Matter Plaza, who bowed their heads and cheered them on.

“It was very peaceful,” Saundria Jackson said. It was the first time she had visited the plaza. “It was very moving. It was very inspirational. You could feel the presence of the Lord here. At this day and time, I think that’s what we need.”

Reverend Gilbert is asking for three action steps from government leaders coming out of the protests: Repent, Reform, and Refocus.

His group plans to hold a prayer circle next Sunday as well.