Both Lafayette Square and Lincoln Park saw fewer protesters out on Saturday after weeks of mass gatherings around the district. 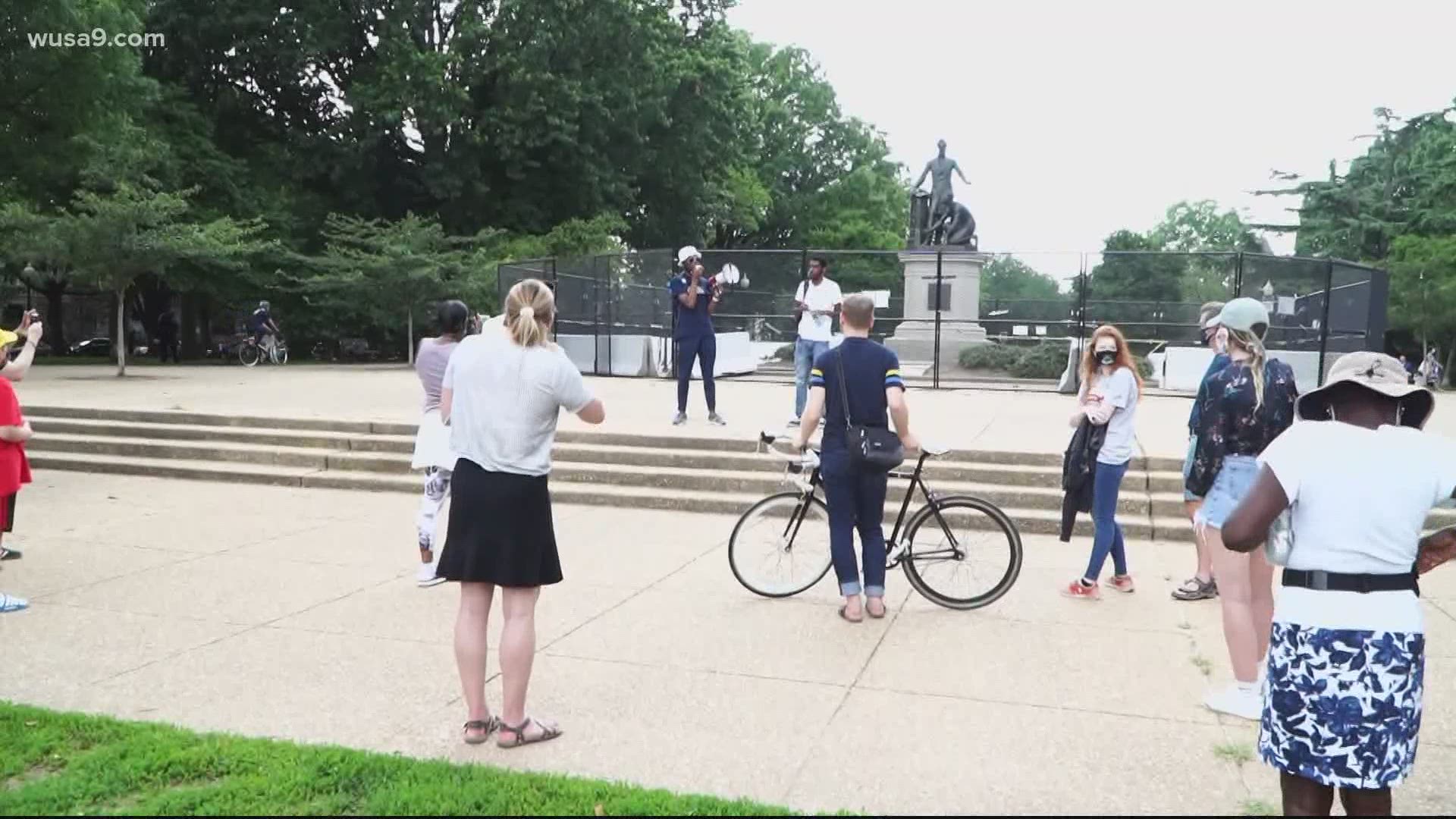 WASHINGTON — Following weeks of mass protests around the District, Saturday instead saw smaller crowds at spots that have been popular gathering sites.

At Lafayette Square on Saturday evening, families and vendors filled the same sidewalks and streets where protesters chanted and marched multiple times over the last month.

While the day was dampened by rain in the late afternoon, recent frequent visitors told WUSA9 that the scene over the weekend was different from past times.

"Usually there are more chants and things like that whereas today you don’t get much of that until later in the evening," said Sean Michael Love, who said he had visited Lafayette Square Park every day since protests began in the District. "It’s really just people getting to know each other. You have different groups meeting up and trying to take pictures."

While the crowds were smaller from past weekends, one woman told WUSA9 that she traveled down from Philadelphia with her young daughter so she could see where protests had occurred.

"It's very welcoming. It's a nice experience and a beautiful setting," said Love. "I just wanted to witness it in person instead of seeing it on television.”

Despite a difference in the atmosphere on Saturday, she said the peaceful gathering could help send a special message.

"That is what this is really all about, is everyone getting along and being able to experience this," Love said. "We all matter.”

Earlier in the day, a gathering at the Emancipation Monument saw far fewer people than the rally that brought out a few hundred people at the same site on Friday evening.

On Saturday, organizers continued to call on the monument to come down because they said it plays into racial undertones that Black people are inferior to white people.

Despite the drop in crowd size, the organizers said they would keep fighting for change.

"Today’s event was a representation that we are going to be resilient," said Glenn Foster of the Freedom Neighborhood. "Even if you don’t get justice one day, you’re still going to fight it another day.”

Foster told WUSA9 that the group planned to hold more events next week to keep gathering support to bring the statue down.

"There’s going to be wins and losses during this movement but as long as I get to the finish line of freedom and liberation, it's going to happen," he said. "We’re going to continue being out here because that’s how justice happens. It doesn’t happen with just a one-time thing.”