One of the leaders of the March survived the Parkland school shooting. 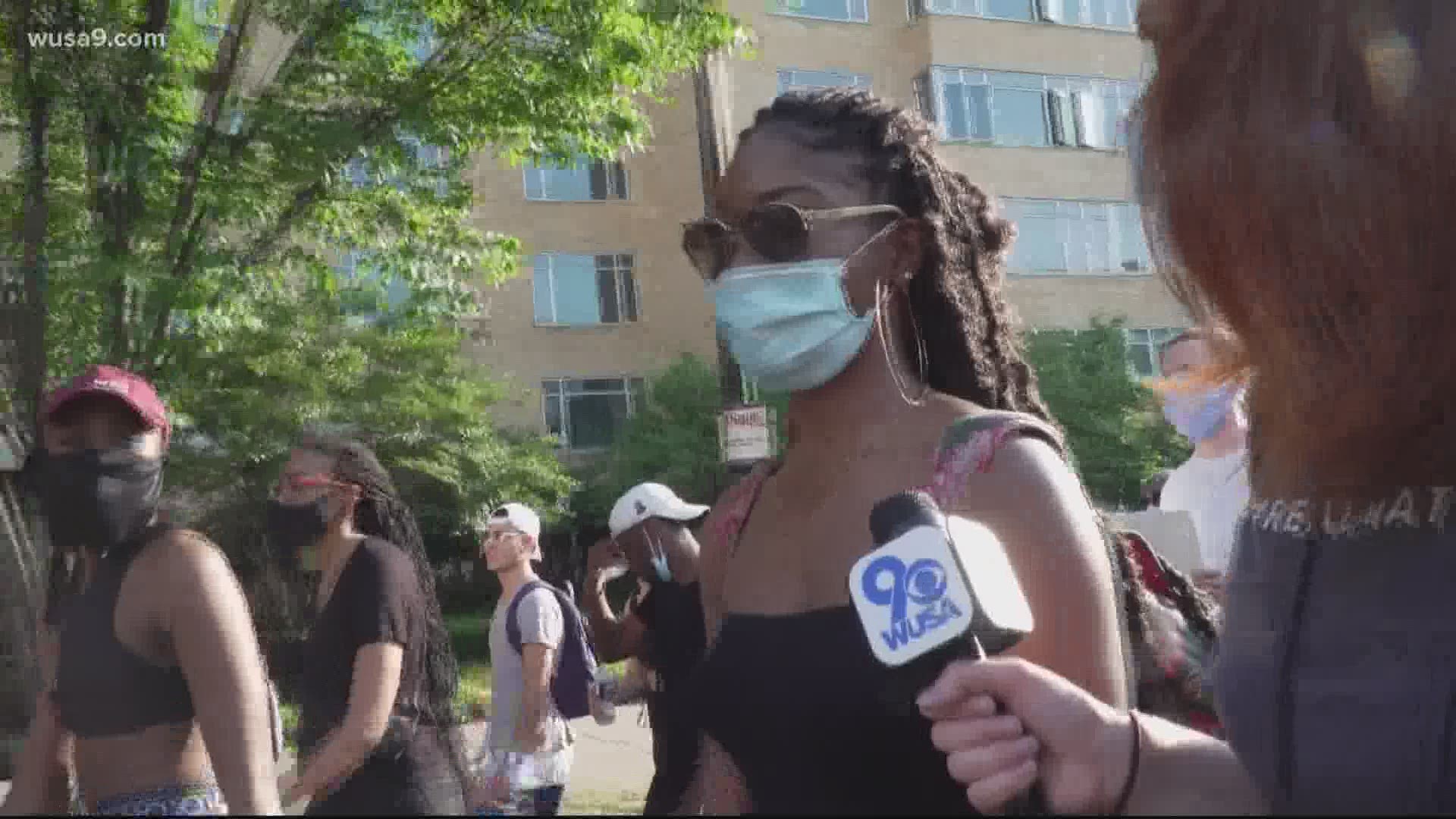 WASHINGTON — A group bound by concern for the black community decided to take protests a step further -- and devise a list of demands.

One of the organizers survived the Parkland school shooting.

After surviving the Parkland shooting, Aalayah Eastmond advocated to end gun violence. Now, she has turned her activism to "Black Lives Matter" -- and ending violence against the black community.

Eastmond, Ty Hobson-Powell, and some other young people came together as protests began, trying to figure out how they could help. They decided to take on the name 'Concerned Citizens of D.C.' -- as a name they thought anyone could get behind.

Then, they asked themselves how they could offer tangible action steps to come out of the protests.

“I understand the rage of those who fear that they or their loved ones could be next, but we have to take the steps toward substantive policy that will ultimately hold the police accountable," Hobson-Powell said.

The 24-year-old said he graduated high school at 13, college at 15, and he, too, has felt a sense of discrimination throughout his life.

So, the group came up with a list of 10 demands.

One of those demands was realized Wednesday: all four officers involved in the death of George Floyd charged in connection with his murder.

Hobson-Powell explained another to the crowd as they paused on their march from the White House to the Capitol.

“We want mandatory civilian review boards in every city," he said. "It has been established nationwide that officers lack accountability. For an officer to kill an unarmed black men and only get desk duty, anything less than that is business as usual.”

Some others he mentioned are D.C. statehood and defunding D.C. police in favor of violence interrupters.

The last request on the list -- empathy for the black community's struggle.

“I’m a black woman, and I will not accept getting gunned down by the police," Eastmond said while marching. "And I just want to make sure that I’m out here fighting for my little brothers, my father, my mother."

The group plans to hold a die-in Thursday at 2 p.m. at Farragut Square.