The apology came with a three-phase plan for addressing racial inequality and discrimination. 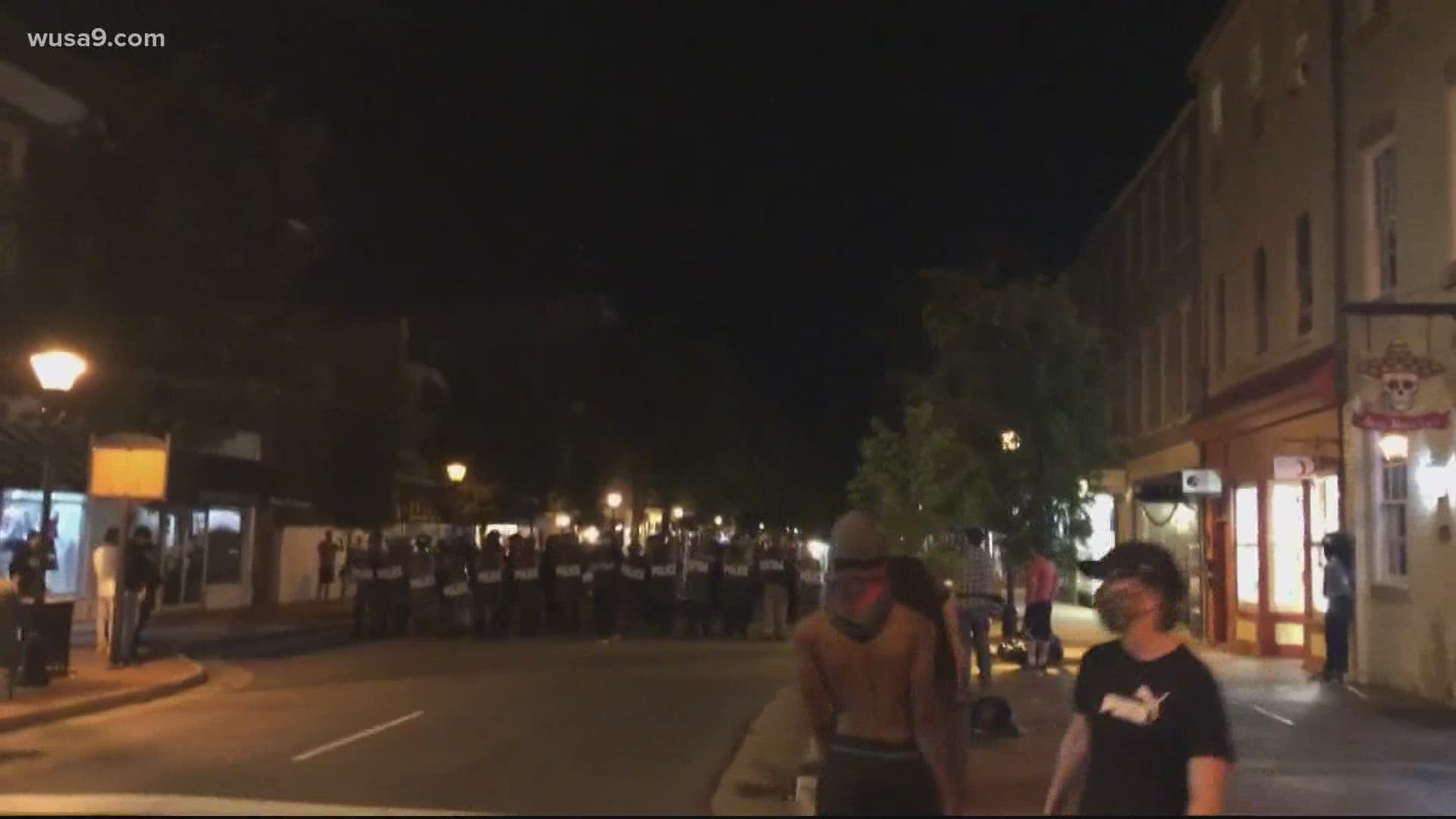 FREDERICKSBURG, Va. — Fredericksburg’s mayor has issued an apology for the way police handled protests earlier this month, after video showed officers deploying chemical irritants on crowds without warning. The apology comes with a three-phase plan for addressing racial inequality and discrimination in the city.

“I never thought I would use the words tear gas in the same sentence as the word Fredericksburg," she said. “I apologize to those who went through this fearful experience. We are adopting a plan of action and we are calling on the whole community to work with us.”

“It was scary," Rudenshiold said. "You had people who came out with milk and water to help people, because there was just no way out.”

On May 31, Major Sean Kimmitz with Stafford County Police tweeted that not all the protesters were peaceful.

“This protest turned from peaceful to unruly as the group began to throw rocks, water bottles and salsa jars at passing vehicles," Kimmitz said.

On June 1, Kimmitz sent another tweet describing an incident where a family with an infant had a rock thrown at their car, smashing a window.

WUSA9 reached out to the Fredericksburg and Stafford Sheriff’s offices on Friday to find out what happened and what gas and spray may have been used, but we did not hear back.

Greenlaw said there will be an independent review of police actions, which will be made public to the community in the coming weeks. She also released a long-term plan to combat racial discrimination and criminal justice reforms.

Cameron Coates said protesters were gathered peacefully, and that there were even children in the crowd.

“It has to be super traumatic for these children, especially because a lot of them that I saw would have been 7 to 9 years old," Coates said.

Coates said he appreciates the mayor’s words, and he's been talking directly with her about how to make that change. He said she’s been getting death threats since the apology.

“It was a step in the right direction to send that out and make it public," he said.

Coates and Rudenshiold said their group, the Melanin Cooperative, is also concerned about what will happen next for the 50 people who were arrested during the protests.