D.C. Councilmember Anita Bonds compared the protest tactics used by one group to those of the KKK. 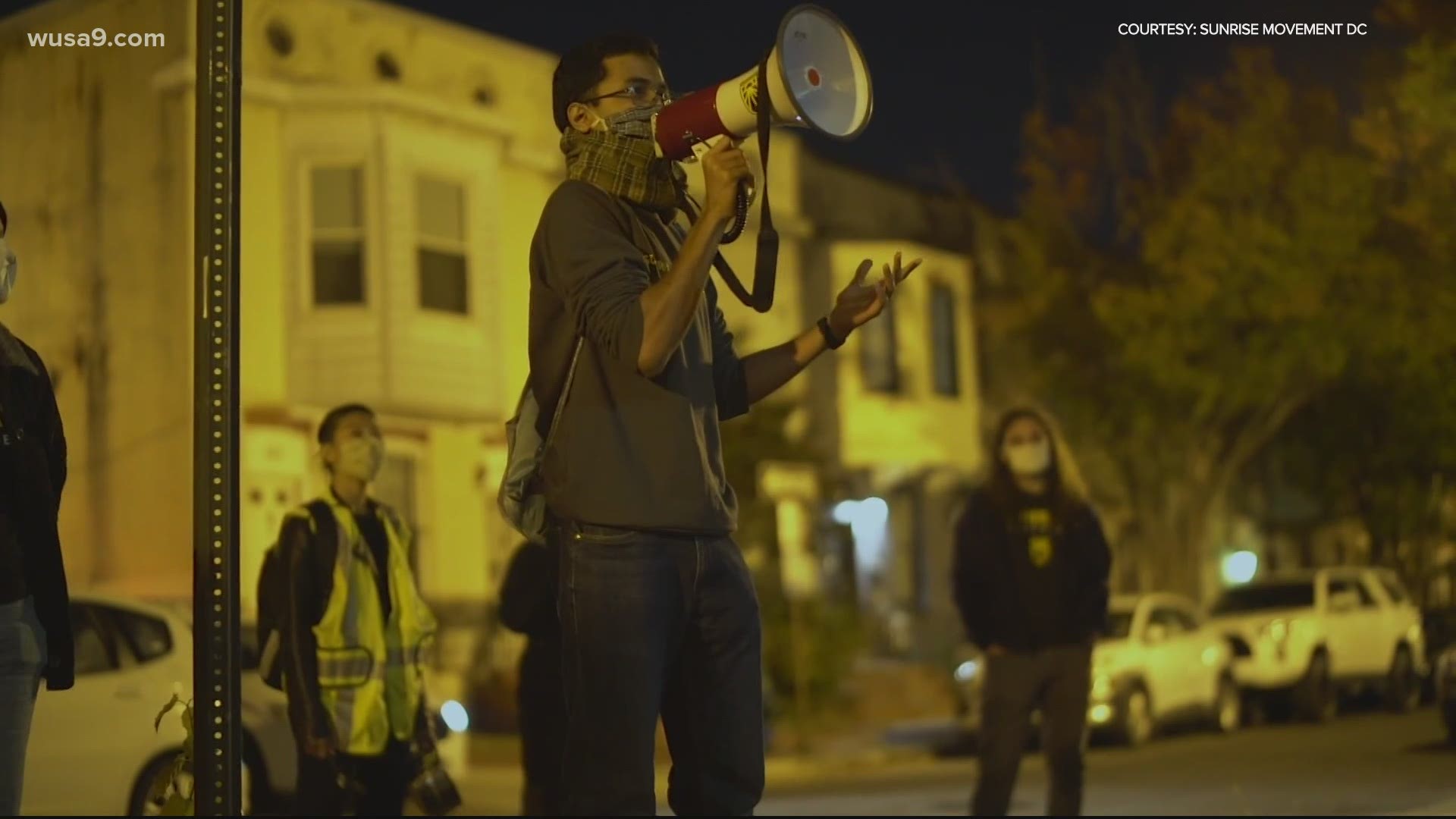 Walking down the street in Northeast D.C. at 10 p.m., they carried signs, shouted through megaphones and demanded Lazere emerge and apologize for his support and endorsement of the group Sunrise Movement D.C. Lazere spoke with WUSA9 and called the protest "a bit intimidating."

Lazere said he supports the notion that sometimes you have to be forceful in order to get the attention of a policymaker or political candidate, but not intentionally intimidating.

On Wednesday October 14, a group calling itself “Protect Black Women” stages a protest outside candidate @edlazere home at 10pm.
They want an apology for, what they say, is his support of @SunriseMvmtDC tactics.
Lazere does not come out.
The group protests for 20 minutes. pic.twitter.com/NPT6i73zal

He said he considered coming out of his home to address the protestors, but decided against doing so because the group was not protesting a policy issue. Instead, he said he was waiting for his campaign manager to arrive to record his interaction with the group to ensure nothing was taken out of context.

By the time his campaign manager arrived, Lazere said, the group had already left.

The prior Friday, members of the Sunrise Movement had staged a late-night protest outside the home of 75-year-old African-American D.C. Councilmember Anita Bonds. They stayed until nearly midnight protesting her political actions on housing in the District and her support of D.C. developer Marcus Goodwin, who is running against Lazere for the Council At-Large position.

Bonds compared the group's protest tactics to those used by the KKK.

RELATED: 'These are tactics the KKK used' | DC councilmember says protestors outside her home crossed a line

The protest at Lazere's home was prompted by anger at an interview he did with the Sunrise Movement and published on YouTube where he indicated his support for protests at the homes of politicians.

"All of the energy around policy brutality .. in the face of policymakers, at their homes .. that's the kind of thing that puts pressure," Lazere said in the interview.

Lazere told WUSA9 he believes this type of protesting should be conducted "within some rules of general civility." For instance, he indicated a raucous protest at 3 a.m. at someone's home would be considered unreasonable.

But Lazere said he finds that "a little hard to believe." His campaign issued a statement on Thursday affirming his support of the right to protest and his endorsement of the Sunrise Movement DC.

Here is the statement from @GoodWinForDC Marcus Goodwin that his campaign released yesterday. @deliangoncalves pic.twitter.com/GLZ7ligWol

Notably, Lazere is not the only person who lives in the home targeted by the "Protect Black Women" protest. Lazere's wife is a Black woman and they have two sons together.

This is a developing story. Check back for more details soon.