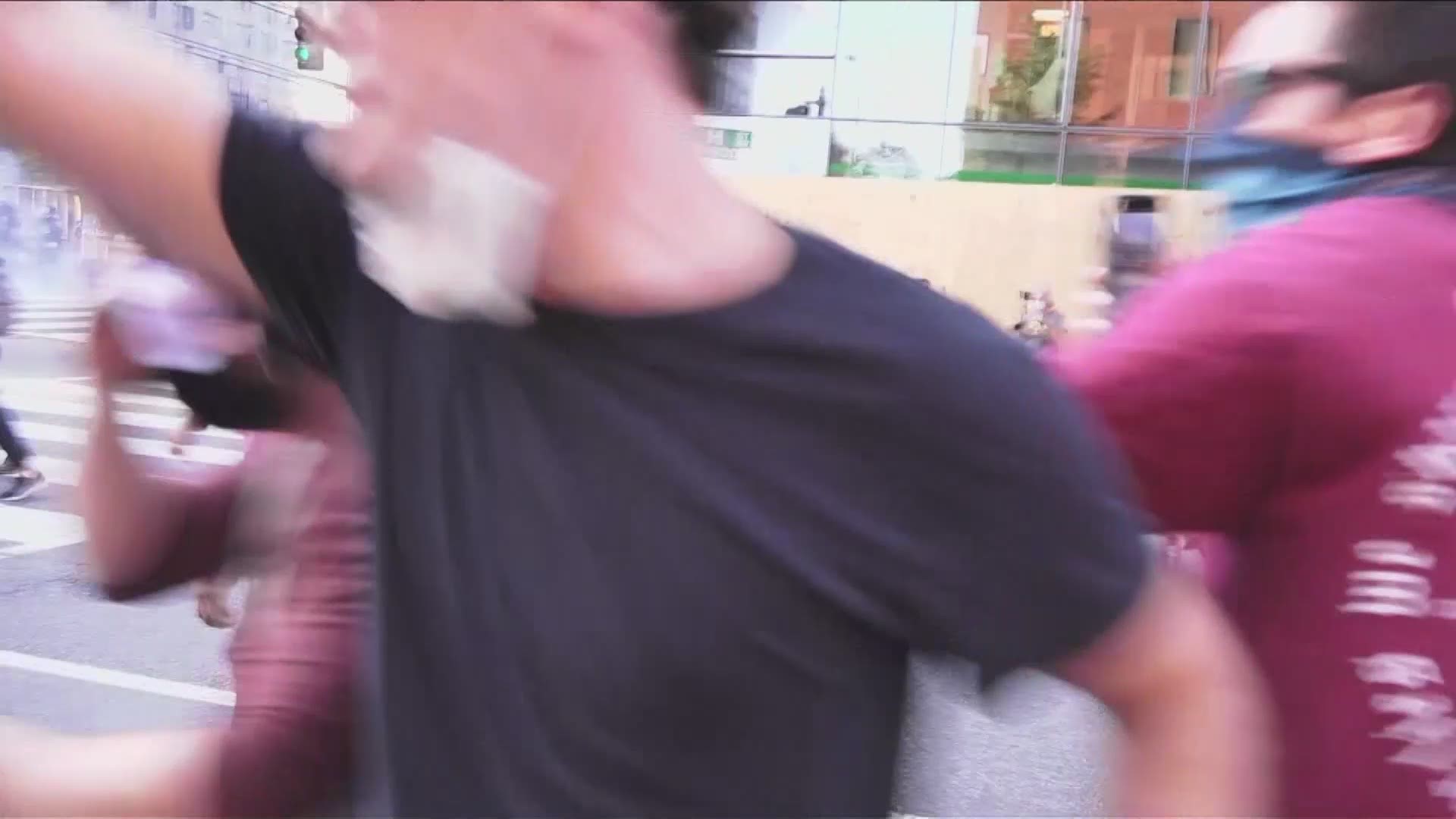 U.S. Park Police handed over hundreds of messages and texts exchanged between officers during those days. In most, identities and details considered security details were omitted by Park Police staff.

One message from one USPP officer to another about protests on May 29 reads, “I took a brick to the throat, we have another officer in emergency surgery for taking a brick to the groin. Right now I would say 90% of the officers on the detail last night got hit with bricks.”

Credit: US Park Police via PEER
Bricks taken from Lafayette Park May 29, 2020 in a Park Police picture obtained by PEER

RELATED: Emails offer a new perspective on why protesters were tear-gassed in Lafayette Park in June

A later message from a separate officer reveals Acting U.S. Park Police Chief Gregory Monahan visited the injured officers at the hospital. The officer who underwent surgery is back on active duty now, according to a USPP  spokesperson.

Also in the released texts, but with no time stamp revealed, a USPP officer requested the following items to be purchased:

It’s later indicated in text messages that those munitions were received and distributed among officers.

At 10:52 p.m. on June 1, hours after USPP led the operation to clear largely peaceful protesters from areas surrounding Lafayette Park, an unidentified officer texted “Hey bro. CBP (Customs and Border Protection) signed over the custody of those launchers to me. So they are going to need the launchers back.”

Some of these munitions were never acknowledged as being used by U.S. Park Police, despite video evidence showing their officers deploying stinger ball grenades, which explode within seconds of being launched, propelling pellets at high speed and, if spreading a cloud of tear gas.

Credit: US Park Police via PEER
Screenshot of a park police officer text during Lafayette Park protests obtained in a public records lawsuit