during the fire the fire department had to evacuate the building to a roof collapse. 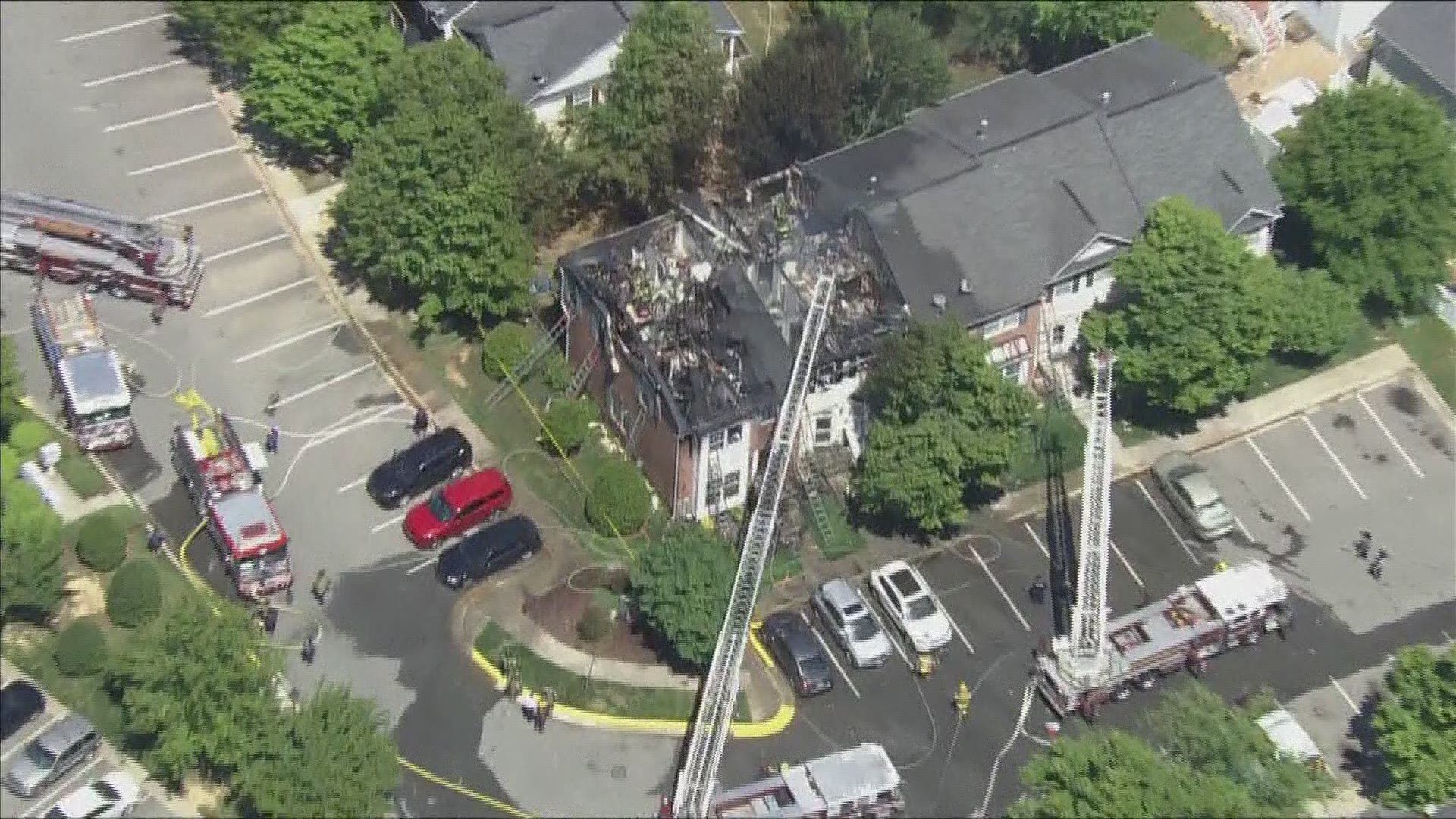 Ten people were displaced by a fire in Brandywine, Maryland, on Monday that happened within a townhome community, according to the Prince George's County Fire Department.

It happened around 1 p.m. in the 15600 block of Birmingham Circle, according to the Prince George's County Fire Department.

Of the 10 people displaced, one is a child and the other nine are adults, according to the fire department.

Pictures from the scene show massive damage to homes due to the fire going through the roof of houses within the community.

Approx 12:55pm #PGFD units were dispatched to the 15600 block of Birmingham Circle in Brandywine for a reported structure fire. On scene crews found a middle-of-row townhome w/ fire showing from rear of building. A 2nd alarm has been sounded. PIO en route.